“Most companies in Poland are selling to North African markets”

The harvest for one company’s apple season is now completely finished. Busy times are coming up though, as the exporter intends to ship as much as possible before the Christmas period will increase the price of logistics. The political issues between Poland and Belarus affect businesses on both sides of the border, so the exporter hopes the situation will be resolved soon. 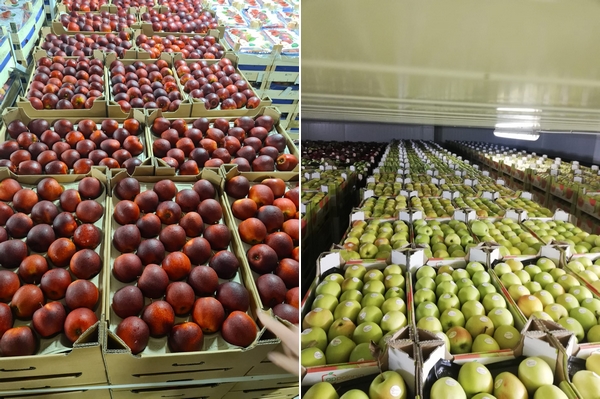 Jakub Krawczyk, export manager for Appolonia, states that the Polish apple exporter will be able to process apples much faster this season thanks to new investments in sorting and packing machines: “Right now, harvesting is finished and we have closed all ULO chambers with fruits, so we are full with apples. Luckily most of our growers picked the apples on time and we don’t expect any quality problems. Now all our machines are working in top gear and in our opinion the entire season could be full steam ahead. We hope to open a new packhouse line in a couple of weeks, which we have just finished building. Two new sorting-packing machines will be able to process an additional 20,000 tons a year more, so we are expanding our capabilities of producing. These will help us process orders faster and with pre-sorting. Orders like bushels will be easier and faster to prepare. We see that demand of that type of packaging increases every year.”

According to Krawczyk, Egypt is becoming a more important market for companies in Poland. “The demand for apples is bigger than we expected, which of course we’re very happy about. In some regions, we started deliveries with very large quantities, like Egypt for example. We see that most companies in Poland are selling to North African markets and we hope that the new sales platform, which is CargoX, will help both seller and receiver continue to make fair and fruitful business. In just a single packhouse we have sorted more than 2,000 bins of Gala Royal, which is quite a big number when considering that the season has only just started. October was a very good month overall.” 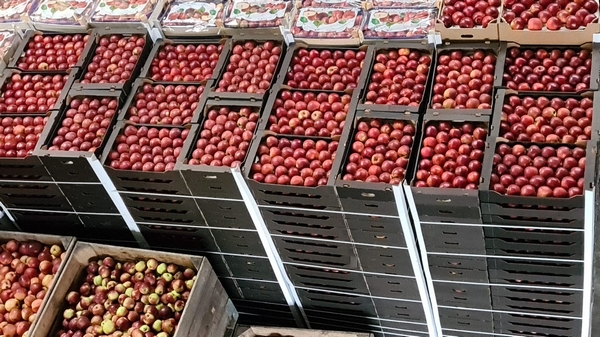 “Golden Delicious are popular as ever, not only in Europe but also in Egypt and in the Middle East. Although the quantities we deliver to West Europe are not so big right now, because there are still stocks of this variety in for example Spain, we know we just need to wait a bit to start with full time deliveries. Gala Royal, especially Shinga or Red Cap, are the varieties that customers seek most of the time. There is a little bit less availability of Gala, because there are not too many growers that want to open the ULO chamber in the middle of November, they just want to wait for a better price,” Krawczyk explains.

“But because we did a good job in the beginning of the season, varieties like Red Jonaprince, Jonagored and Idared could fill the gap, if there is a shortage of Gala. As far as I know a lot of companies also started selling huge quantities of apples to India, with loadings in September and October which is a fantastic news because the season for that part of Asia normally starts November or October.”

With Christmas coming up, Krawczyk wants to push as much as possible, before prices start increasing for logistics: “We want to sell as many apples as possible before the prices for transport will go up before Christmas. Because there is a big lack of truck drivers in Europe, this year prices could increase faster than they did last seasons. Because we are also using ports like Trieste and Koper, we hope that the availability of the containers will not drop. We also hope that customers that didn’t start ordering from us yet will start as soon as possible.” 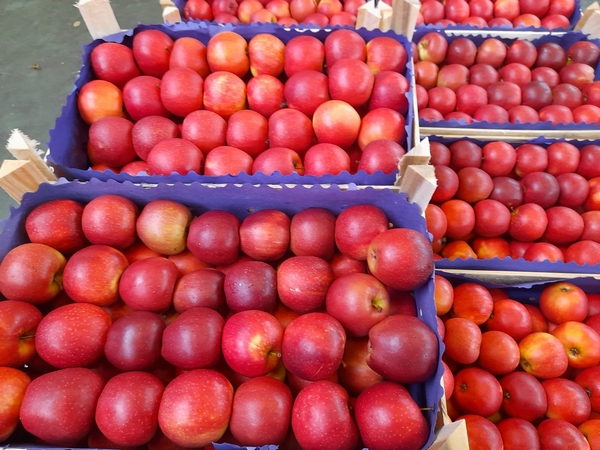 Krawczyk expresses his hopes for the political issue between Poland and Belarus to be resolved soon, as it is definitely hurting businesses on both sides: “There is a big tension on the Polish-Belarus border caused by the immigration crisis, so everyone is observing the situation very carefully. It caused a lot of challenges with deliveries of apples to our partners and Belarus is one of the biggest importers of Polish apples. This means every conflict will affect both sides negatively. I think everybody would like that the situation will end peacefully and as fast as possible, so that border crossing points can be opened. We would like to still keep good relationship with our friends from the Eastern border.” He concludes.