Almeria's protected vegetable campaign has started with low prices. At the end of September, the agricultural organization Asaja already warned that the season had kicked off with 45% lower average prices compared to last season, with zucchini and eggplant as two of the most affected products, and although in November they have recorded an increase, the sector still expects more market activity and, therefore, better prices.

"The productions of some destination countries for Almeria's vegetables, like France, Germany, the Netherlands or Belgium, have been available until a couple of weeks ago and have overlapped with those from Almeria, of which there has also been a greater supply in September and October due to the warm temperatures of those months. The start of the campaign has consequently been very hard," says Juan José Vargas Rodríguez, of Mercophal. "It is true that there has been a small uptick in prices, but it has been because there has been a sharp drop in the supply of produce."

"Vegetables are products that are very sensitive to temperature changes and lack of daylight hours, and about two weeks ago there was a change in the weather. Since then, there have been colder nights and many days the sky is overcast, so plants have less time to grow their fruit. Still, the demand is not so high and there is a feeling that consumption is somewhat slowing down," says Juan José. 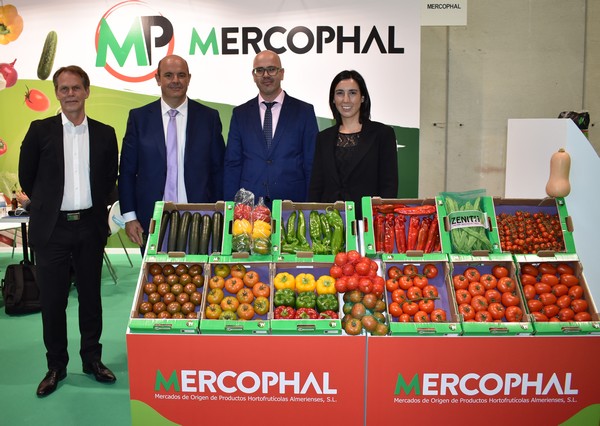 Tomato continues to lose ground
Initial projections for Almeria's season point to a further reduction in the number of hectares devoted to tomato production in the province's greenhouses, as confirmed by Mercophal. "We grow bell peppers, zucchini, eggplant and tomatoes; in fact, tomatoes on the vine are our main product. However, this year our producers will grow 15% less of these, switching to other vegetables," says Juan José Vargas. "Tomatoes are becoming unprofitable, given the labor and production costs, which have increased by about 30-35% in the last two years. Moreover, there is a very strong pressure from supermarket chains, because in Europe there is an increasing supply of tomatoes from other origins, such as Morocco or Turkey, as well as from EU countries that continue to grow during the winter. However, some say that this year, due to energy supply issues, there may be somewhat less production. All this is causing growers to focus on other vegetables, seeking better profitability."

"In our case, there has been an increase in the zucchini supply, and also a slight one in that of eggplant. But we are growing mostly with bell peppers," says Juan José. "Their production is somewhat more expensive, but less labor is required and that gives it an edge over tomatoes."

It is worth recalling that the increase in the minimum loan has been in force in Spain since September. It has increased by 31% since 2019, and this has coincided with an exceptional increase in input prices caused by the global crisis in the supply of raw materials.

"Apart from the Netherlands, in the bell pepper market we have Spain and Morocco, with the latter being increasingly more present. There is not as much pressure from the Moroccan production as in the case of tomatoes, but in recent years the presence of Moroccan peppers has been growing even in Spain, and the same applies to zucchini. Sometimes we have seen high prices at origin in the auctions here in Almeria which the market has then not been willing to pay because, among other reasons, the Moroccan production available has more affordable prices. And one of the areas in which we are unable to compete with Morocco is, precisely, in that of labor costs." 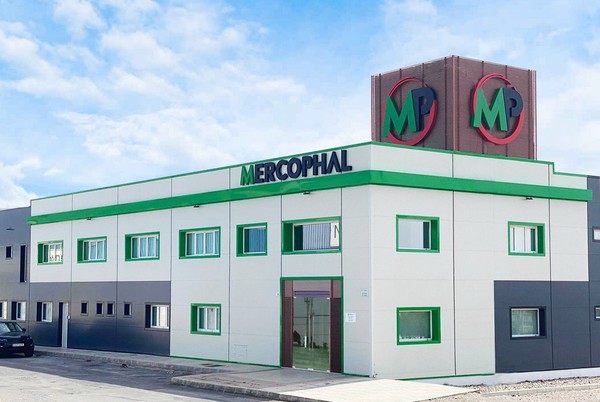 The logistics is also affected by the rising costs.
Mercophal sells 50% of its production on the domestic market, with the remainder going to European markets. "Our main customers are France, the Netherlands, Norway, Germany, the United Kingdom, the Eastern countries and Italy. With regard to Brexit or the new packaging regulations in France, we are not dealing with any particular difficulties. We are mostly seeing problems at the logistical level," says Juan José. "And not only in Spain, but across Europe. The logistics has a big weight in our activity and at the moment there is a great crisis due to the increase in costs. These increases need to be reflected in the prices, and as a consequence, the fruits and vegetables arriving in Europe must become more expensive."

The possible impact on the supply of the recently announced strike of the road transport sector remains unknown, and the same can be said about the consequences of the changes in the coronavirus situation in Europe in recent weeks. "We are an essential sector and we will continue with our activity whatever happens. We are very sensitive when it comes to this disease. Our father passed away in early September because of this damn disease, so believe us when we say that our main concern is that our team, our producers and the people around us remain healthy," says Juan José Vargas.