The Italian persimmon campaign started a few weeks ago - producers seem pleased when it comes to both production and commercialization and the produce is selling well. "Grades are excellent and fruits are coloring 10-15 days earlier than in previous years thanks to the considerable temperature differences between night and day in October (as much as 10°C in some areas)", explains Vito Vitelli, agronomist and creator of Circuito Melotto. 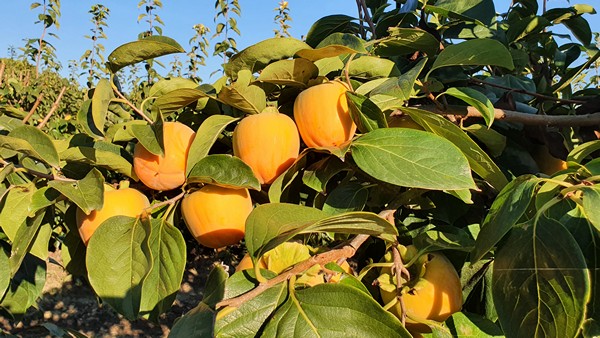 "Rojo Brillante" persimmons with excellent grades, which were ready for harvesting in the Metaponto and Caserta area already at the end of October.

"Prices have gone from an average of €0.40/kg in 2020 to the current €0.60/kg. Consumption is on the up and new orchards are being planted. Spain has always been a competitor, as it contributed to the aggressive commercial policies and downward pressure that have caused the quotations paid to producers to drop from the €0.35-0.40/kg of six/seven years ago to the current €0.20-0.25/kg (reaching as little as €0.08-0.10/kg in 2019). Over the past 20 years, the country has only increased its persimmon production, leading to abundant supplies and a drop in quotations." 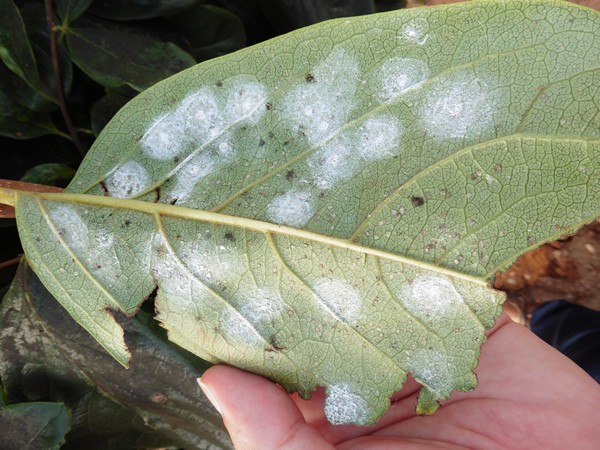 Whiteflies are among the problems affecting Spanish persimmons 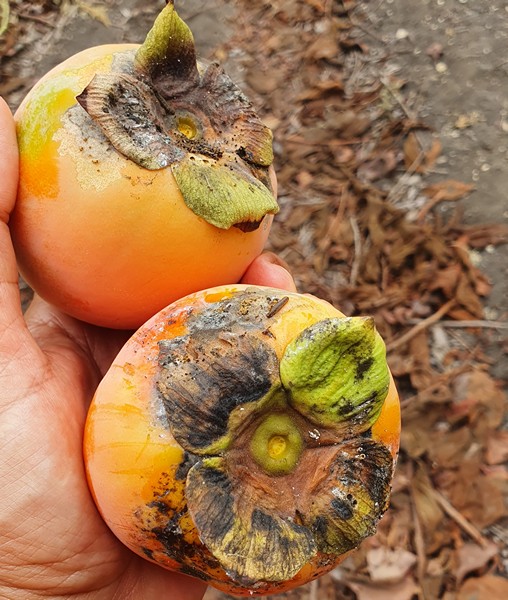 "A physiological crisis and single-crop environment have led to a series of problems (e.g. whiteflies and Planococcus). As this wasn't enough, in late September, some cultivation areas in Spain were hit by cloudbursts and hailstorms which damaged many Rojo Brillante productions, making the start of the season harder after years already compromised from the point of view of profits. On the right: Planococcus sp. (citrus mealybug).

"Spanish producers, especially those of a medium-low level that were already working with low profit margins, started uprooting plants to focus on other productions such as citrus fruit. Therefore, it could be a good moment for Italy to invest in persimmon production. What happened in Spain should not make us think we should not promote persimmon cultivation any more, as the mission is to extend the harvesting calendar from October to January, then making the produce available until March with suitable post-harvesting and cold storage techniques." 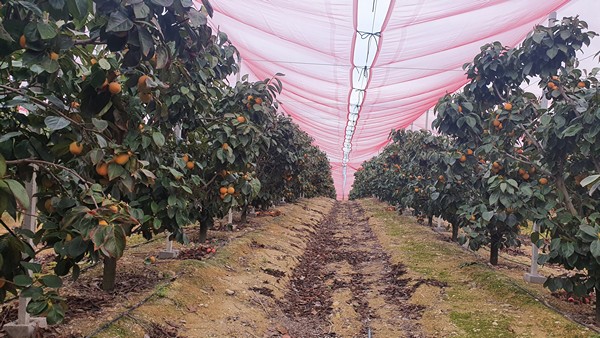 Italian producers have shown a lot of interest in persimmon production over the past few years. The possibility is being assessed to extend harvesting to January with special techniques in environments protected with nets.

"We should stress Spain invested in around 20 thousand hectares for the production of Rojo Brillante, while Italy currently barely reaches 3 thousand. We still need orchards to meet domestic demand, considering that there will no longer be an invasion of foreign produce sold wholesale at little less than one Euro. As for Turkey, around 1,000 hectares have been reached so far, but it does not look like a particular threat to Italy as the country is mostly interested in the Arab and eastern European markets."