Tasmania has seen a very wet spring so far this year but it is starting to look a bit better now with some nicer weather which is good news for the state’s cherry growers.

Howard Hansen owner of Hansen Orchards is not too worried about the rain as all of his cherry crop is under Voen rain cover, “Historically we only used the covers to protect the fruit in the lead up to harvest but we are now protecting the trees for the whole growing season, from flowering to harvest. The environment inside warmer and dryer making conditions better for the bees during pollination and improving the growing environment for the fruit.” 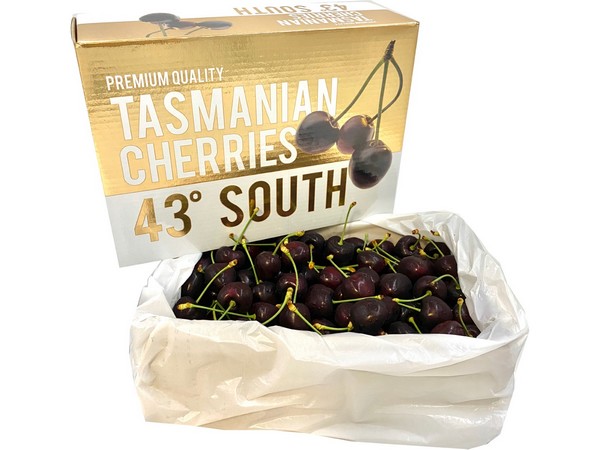 Howard is expecting a full crop and although it is too early to be certain he has not seen any light blocks or any really heavy ones either. There is a great leaf size on the trees.

“There is nothing to suggest a particularly early or late season, so we expect timing to normal with the start of the harvest on 1st or 2nd of January running until 15th February. Chinese New Year falls earlier this year on 1st February which is 11 days earlier than last season.”

Howard expects volumes to be about normal too, “Last year we had our 2nd biggest harvest ever so it might be optimistic to say we will achieve the same volumes but we do have a new 8ha orchard coming into its first commercial volumes this season which will help the volumes.”

Howard acknowledged that there have been tensions between the Australian and Chinese governments but said that cherries have not been one of the products to have any sanctions against them and last season Hansen Orchards exported similar volumes to China as in the past couple of years.

“Airfreight space out of Melbourne into China was very limited during the pandemic and China was only clearing Australian cherries into Guangzhou which further limited flight availability.”

Australian cherries always face competition from Chilean cherries on the Chinese market, but everyone has the same challenges with rising input costs and high freight charges, Australia does have the advantage of being much closer to the market.

Labour remains a challenge said Howard, last year was the most challenging ever and he is expecting a similar situation this year.

“We have a few different sources of labour available to us, so we should make it through.” 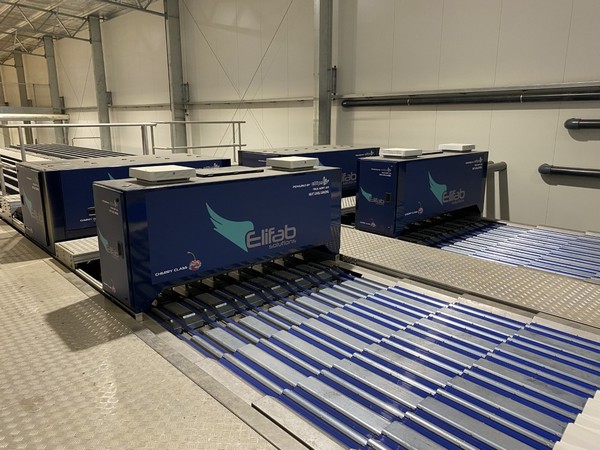 At the end of last season Hansen’s built a brand new cherry packing facility on a greenfield site adjacent to the existing facility. There is 1Ha under roof, consisting of a packhouse, cold store and working areas. A new state of the art cherry defect sorter has been supplied by Elifab in Spain with electronics from Ellips in the Netherlands.

“The defect sorter is 28 lanes and 60 drops, making it the largest machine Elifab have ever built. Staring from a clean sheet of paper we have been able to simplify and improve the layout and incorporate all the new ideas and improvements we have thought of over the past 15 years. We have a 50% improvement in throughput to 15 tonnes per hour.”