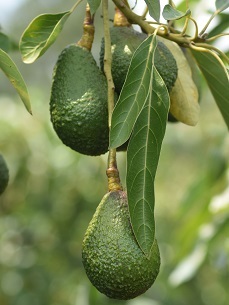 In March this year a consignment of avocados from Tanzania was confiscated at the Beit Bridge border post because an integrated systems approach to address fruit fly, associated with the commodity in Tanzania, had not yet been finalised.

“A bilateral verification visit has been confirmed for 9 November 2021, during which time the two national plant protection organisations will finalise the bilateral protocol and, amongst others, conclude the approval of the integrated systems approach that have been put into place to address specific phytosanitary issues,” says Marianna Theyse, general manager of the Fresh Produce Importers Association of South Africa.

“Tanzania would be able to use this meeting to showcase the phytosanitary measures that are applied in the production areas from which the commodity will be sourced, and through the handling, packaging and transport chain to the point of export, as well as the phytosanitary management procedures where they occur along the chain.”

Tanzanian avocados, which have an earlier season than South Africa, would address specific local supply shortages for both fresh fruit for consumption (for retailer programmes) as well as fresh fruit for processing (guacamole and oil).

“The Tanzanian avocado should provide good quality fruit from a regional market that may compete well with the current imports from countries such as Spain and Israel between December to February.”

She adds that they hope that the meeting will be a success, and that the bilateral plant health agreement would be finalised which would mean submission of registered and approved farms by Tanzania and issuance of import permits by South Africa, before South Africa can start imports of Tanzanian avocados.

Processing-only avos currently allowed from Mozambique & Zimbabwe
The South African avocado season extends from mid-February to late October or early November with the majority of fruit being harvested from March to September, but local production is not sufficient for the processing sector.

“South Africa only imports during the local season when there is a supply shortage to address local availability from countries such as Kenya and Chile. Most of our out-of-season imports (November to February) are from countries such as Spain and Israel. Currently South Africa is importing approximately 388,000kg fresh avocados for consumption annually out of season from Kenya, Spain and Israel."

She continues: "Importers supplying to the processing industry may also import fruit for processing only from Mozambique and Zimbabwe at this stage.”

These avocados certified for processing come into the country in sealed containers, directly to Department of Agriculture, Land Reform and Rural Development-approved facilities where it is processed and waste products are carefully destroyed to contain any phytosanitary risk.

"With climatic variability our production may drop certain years, for instance in 2021 when the cold in September 2020 affected the flowering and caused a lower fruit set and the excessive rains in January and February 2021 negatively affected production.”