On November 5, at the 4th China International Import Expo, China Eastern Airlines signed a US$230 million "delicious order" for the purchase of Chilean cherries, setting a new record for China Eastern’s cherries procurement projects in previous CIIEs. From November 8th to January next year, every day there will be a "Cherry Express Exclusive Flight" across the Atlantic Ocean, and straight to the table in China, so that consumers can taste fresh fruits without going abroad. 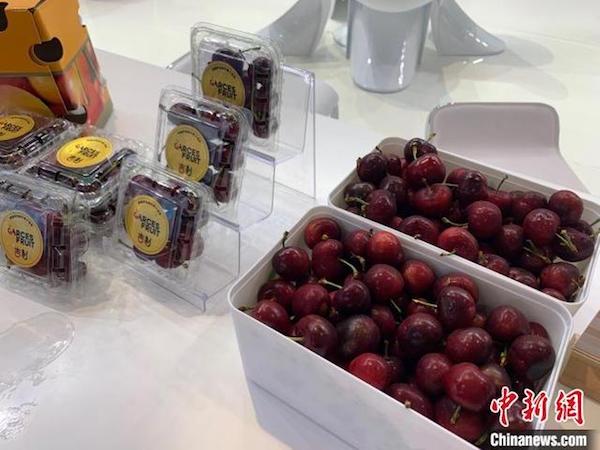 Participating in the signing that day was Chile's largest farm and exporter Garces Fruit. At present, China Eastern Airlines has established direct or indirect cooperation with Chilean farms, and China has become the main market for Chilean cherries exports.

In recent years, imported cherries from Chile have been loved by the Chinese people. The ripening season of domestic cherries in China is in spring. Every year, at the end of the year, or as the festive season is approaching, when domestic consumers need more fruits, the supply of domestic cherries has been cut off. At the same time, in the southern hemisphere, where the climate is opposite, there is a concentrated harvest season of cherries.

However, because the high-end varieties of Chilean cherries are thin-peel and juicy, they are easily bruised and damaged, and although they are delicious, they are difficult to transport and store over long distances. Therefore, it was difficult for those high-quality and better-priced varieties to enter the Chinese market in the past. On both ends of the earth, both supply and demand were available, but the huge market stopped at a "distant distance."

At the end of 2013, China Eastern Airlines finally solved this problem. The all-cargo plane taking off from Santiago, Chile, can pass through the entire logistics industry chain with only one technical stop, and in just over 20 hours, the cherries that have just been harvested from the branches in Chile can enter the domestic online and offline fresh shelves of food enterprises. Previously, ocean shipping took one month, and freight forwarders + transit shipping also took around one week.

According to Fang Hong, deputy general manager of China Eastern Airlines Express, since the outbreak of the epidemic, especially this year, due to problems such as congestion at sea terminals, limited air transportation, rising oil prices, and a shortage of personnel, the Chilean cherries supply chain has been under pressure and blocked. On the other hand, it has also triggered local Chilean exporters worry about the difficulty of exporting agricultural products. In order to solve this dilemma, China Eastern Airlines innovatively launched the "Sea-Air Combined Transport" project, through a combination of chartered ships + chartered planes, so that Chilean cherries can be transported quickly and smoothly.