It's not everyone who can say that they have worked their whole life in the fresh produce business, but luckily some people have and they can bring a wealth of experience to the trade.

Stuart Guest started work as a barrow boy in Birmingham wholesale market when he was 16 years old. He worked for Mack and JV White, the Mack part having since become Mack Fruit.

He was promoted to salesman at the company after good feedback from customers, it was during his time at the wholesale market that he was first introduced to the exotics side of the trade. 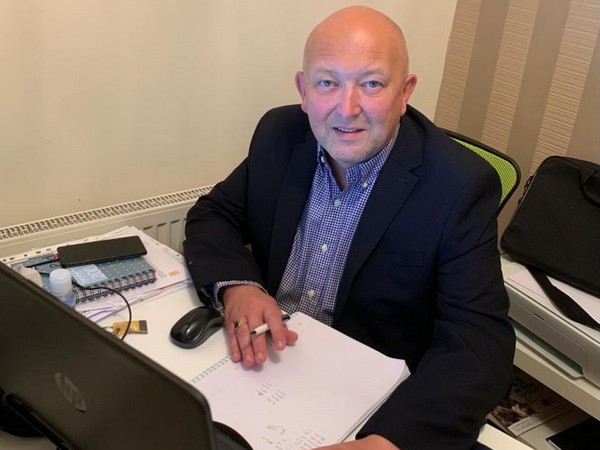 During the years Stuart worked with Geest Bananas, Vitaal part of Nationwide Produce  and then on to Food Service provider Brakes (Pauleys) along with Planet Produce and Minor Weir & Willis . He is currently Commercial Manager at Exotifruit, part of the Allfresch group.

"Working at the wholesale market gave me a good grounding," said Stuart. "We started work at 2 or 3 am every day, and back then we did handle exotics, but we would only do a few boxes of passionfruit or mangoes, unripened of course. People would ripen mangoes in the airing cupboard! These days I am importing containers full of different exotic fruit."

According to Stuart some of the biggest changes in the sector have been in the importing and marketing of the fruit, "They have really opened peoples eyes to these 'new' fruits, supermarkets and Foodservice have played a big role in this too. We are now importing much bigger volumes, with different packaging and ripening the fruit before it goes out.

"The world is becoming smaller and there is a drive for healthy food, exotic fruit is very popular in cooking , smoothies and general eating on the go as many are pre prepared for the consumers, it also offer people many more healthy options. We are also becoming more cosmopolitan, with people from all over the world living in the UK."

"Products like avocados and limes have also seen a huge increase over the years, again we have gone from a few boxes to several containers a week. These products have become more affordable for consumers and have also been introduced by celebrity chefs demonstrating health and enhancing  flavour to dishes "

Stuart said he has been driven by career progression, not money sometimes taking a cut in wages in a new job.

"These days I think there are less smiles and fun in the trade as importing has become harder and margins tighter as customer demands increase. There seems to be less understanding of the challenges faced by growers and importers and more certification and standards are required. Customers don't want to hear 'excuses' about weather conditions or logistical problems. It should be easier now with all the communication and tech, but it is harder.

"That said I still love working in the trade and have worked with some great people over the years. It is what it is."

Stuart said he is not ready to retire yet, "I'm 54 and still young at heart with an experienced head on my shoulders. This industry has been a part of me since I was 16 years old. I have a very positive outlook and see many opportunities in the future.