ONE reports 891% increase in profit

ONE has achieved an astonishing year-on-year rise of 891% in its first half profit, totalling US$6.76 billion, according to the company's financial results for the second quarter and the first half for the Fiscal Year (FY) 2021, which started on 1 April 2021 and ends on 31 March 2022.

The Singapore-based container line has achieved strong increases in all sectors. ONE highlighted a skyrocketing surge in profit during the July - September period of 715% over Q2 of FY20, which is mainly driven by the continued strong market. ONE's profit reached US$4.2 billion.

Furthermore, ONE's revenue was US$7.55 billion during the second quarter of FY21, representing an outstanding growth of 138%, compared to the same period of the previous fiscal year.

Regarding the operational results, the world's sixth-largest container carrier handled more than 3.18 million TEU during the second quarter of FY21, which translates to a growth of 4% over the corresponding period of FY20. 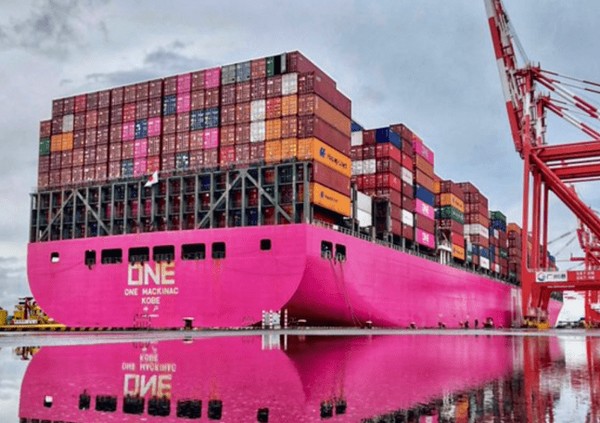 The throughput on Asia-North America East Bound was 6.49 million TEU, increased compared to FY21 Q1 figures and primarily driven by the strong cargo demand, but declined over the FY20 Q2, due to port congestion mainly in the United States West Coast terminals.

In the meantime, the vessel utilisation rate was maintained at 100%, according to the Singapore-based shipping line.

Taking into account these remarkable increases during the second quarter, the company achieved improved results during the first half of the FY of 2021 (April - September).

Apart from the profit increase, the company's EBITDA approached US$7.5 billion and EBIT totalled almost US$7 billion, achieving spikes of 459% and 722%, respectively, over the first half of FY20.

ONE noted that increased global container trade volumes and significantly higher freight rates have driven its performance during the first six months of its fiscal year.

Regarding the full fiscal year expectations, ONE believes it will achieve approximately US$11.76 billion profit after tax due to the continuous strong cargo demand and improvement of the freight market.

"Though the cargo demand is still strong, US$5 billion profit after tax would be expected for the FY2021 second half, taking into consideration some cargo volume decrease due to seasonal influences, such as Chinese New Year and so on," explained the company in its report.