Oranges will be the most produced citrus fruit this season in Spain. It is expected to account for 52.4% of the national harvest, totaling some 3,511,079 tons, according to the estimates from the Spanish Ministry of Agriculture, Fisheries and Food (MAPA). For its part, the autonomous region of Andalusia expects to produce 1,692,600 tons (-1.3% over the previous season), according to provisional data from the regional government, and will account for 48.2% of all Spanish oranges. 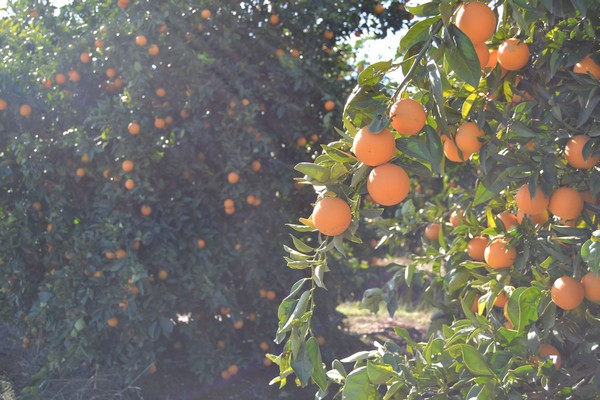 Sweet oranges are, in fact, the main citrus fruit in the fields of Andalusia, accounting for 70.5% of the total regional production.

"In general terms, the fruit's growth cycle has had a good development, leading to a normal harvest at the production level and fruit of a very good quality," says Antonio Carmona González, manager of Sunaran, SAT and president of the Citrus Association Palmanaranja, promoter of the Guarantee Mark Naranjas del Valle del Guadalquivir (Oranges of the Guadalquivir Valley). Andalusia foresees a slight drop in the production compared to last year, with a higher share for the varieties available at the beginning of the campaign, especially the Navelina, says Antonio. "The remaining varieties record normal production levels." 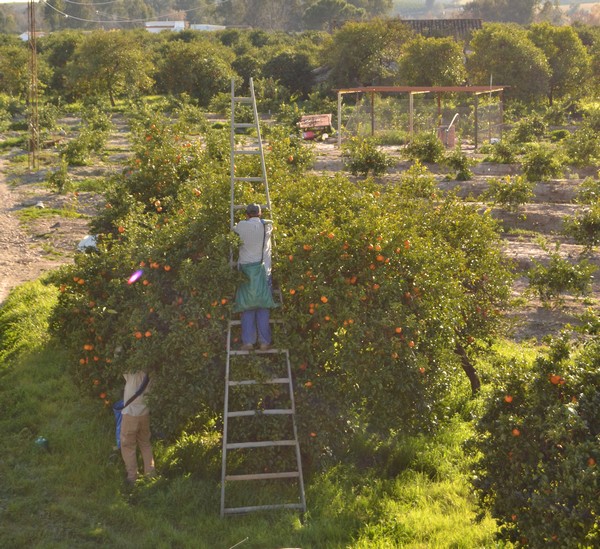 The orange season thus started with favorable market forecasts, driven by the fact that last year prices reached the highest levels in the last decade, both at origin and at the handling centers.

"At the beginning of the season we are finding that there is still quite a lot of supply of fruit from the southern hemisphere in some markets, but we are confident that as the weeks go by, this supply will disappear and will be replaced by the fruit from the new Spanish season. We hope that the markets will respond satisfactorily to the new campaign and we can have a good balance between supply and demand, which should lead to profitable prices being reached for all links in the food chain," said Antonio Carmona.

Oranges, like other citrus fruits at the start of the Spanish campaign, arrived in the market at a time when there was still a large supply from overseas, "especially from South Africa," says Antonio. "Moreover, there is some uncertainty about what may still arrive, as we are receiving news about various problems in the country of origin and it is not yet known if more fruit will make it here, how much of it and when. Whatever happens will surely have an impact on the markets eventually, in one way or another." 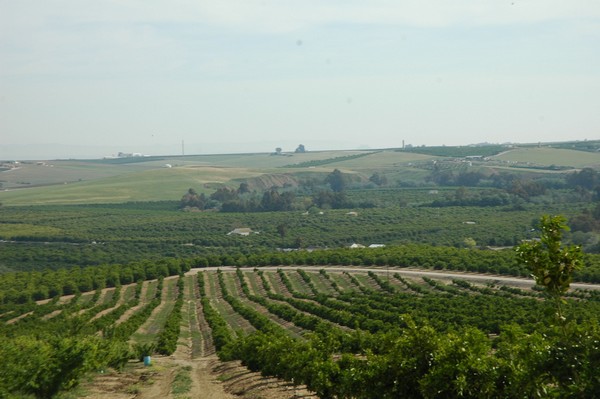 Egypt, a major competitor for Andalusian oranges
The Andalusian production doesn't only compete against imports from the southern hemisphere overlapping with the start of the campaign, as we are seeing right now, but also with some from the northern hemisphere, and more specifically, from the Mediterranean environment, where there are large producers that have broken into the orange industry with force.

"In the period when our campaign is on-going, the country that has most increased its exports in recent years has been Egypt, which has become a very big competitor in practically all the markets where we are present. Their production costs allow them to offer their fruit at prices with which we normally cannot compete. In addition to that, they are not subject to the same European phytosanitary standards as we are, so they have the possibility of using active materials in their crops that are banned for us; that is, we do not compete with the same rules, which very clearly results in unfair competition that has been causing an increasingly worrying situation for our production." 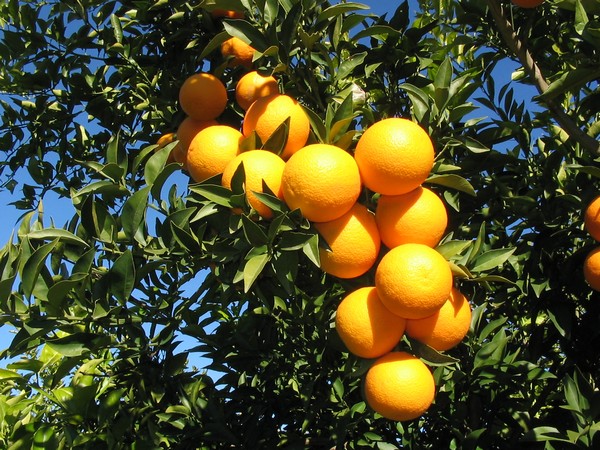 Europe, the main destination
Spain is the main citrus-producing country in the EU and the world's leading exporter of fresh citrus (in 2019, it accounted for 25.2% of global citrus exports, according to data published by the Observatory of Economic Complexity (OEC)), and the EU environment is undoubtedly its largest market.

"All European countries are important markets for our oranges, and by number of inhabitants and commercial relations, Germany, France, the Netherlands and Poland may be the most important within Europe," says the professional. "However, a rising percentage is going overseas. This share is probably already reaching between 25 and 30%, depending on the season, since oranges allow a long journey and this also serves to prevent saturation in the European market. Logically, the current problems with the logistics make these exports difficult, but all the parties involved are working to solve these issues, and in these first weeks of the campaign there are already many container shipments planned to countries like Canada and the area of the United Arab Emirates." 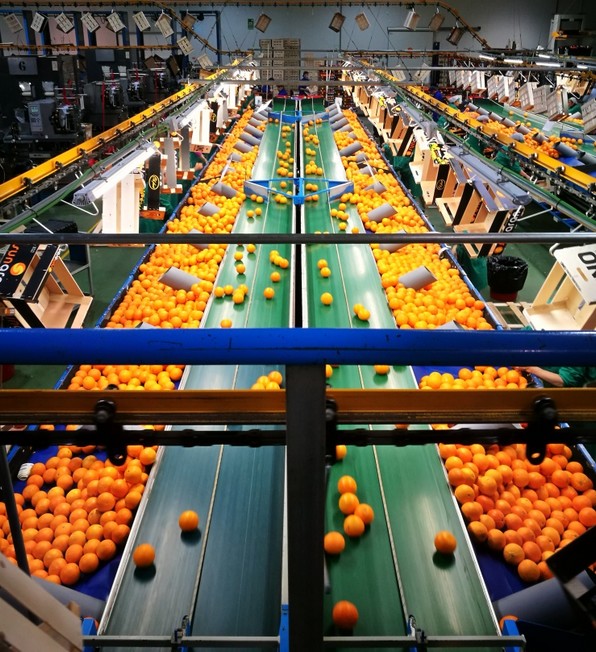 Since January 1 this year, the United Kingdom is also, to all intents and purposes, a third country. Its exit from the EU is a reality which citrus exporters already dealt with last season, but it is a chapter yet to be fully written. "Anything that involves a major change in the usual way of working with any market causes uncertainty that generally harms the normal development of trade relations. In the case of the United Kingdom, we are already seeing this and we hope that the problems can be solved, because it is a very important market for our oranges," says Antonio.

Still, despite its magnitude, this is not the only challenge the sector is facing this season. "I think the main challenge for our sector in general is to be able to gain significant power, both in Spain and in Europe, so the Interprofessional Intercitrus can defend the common and general interests of the entire sector against the constant threats that lurk," he says. "There is a lack of good work to promote our citrus both inside and outside Spain. The awareness of European consumers must be raised to convince them to consume European products, and we need to work to defend the interests of the sector before the administrations," says Antonio.

"As for this season, in my opinion, the main challenge for the sector is to see how things will shape up in the market after the toughest months of the pandemic have been left behind and all has practically gone back to normal. The last two campaigns have been heavily shaped by this, and now we have to see how consumption and the demand will behave." 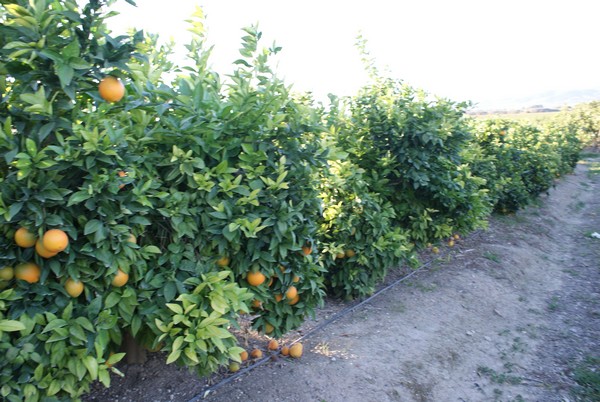 The Guadalquivir Valley accounts for 50% of Andalusia's organic orange production
Spain is the main European country in terms of organic acreage and production and the third most important in the world, and Andalusia accounts for 45% of the national organic surface.

Data from the 2019/20 season confirm the commitment of Andalusian agriculture to sustainability in citrus production. The acreage devoted to organic citrus rose that season to 8,973 hectares, which entailed an increase of 4.7% over the previous year and represented 10% of the total area devoted to citrus production.

Specifically, the area of organic orange trees was 4,977 hectares in 2019, which represented 6% of the total area of orange trees in Andalusia, registering an increase of 2.4% over the previous year, according to data from the Board.

It is worth noting that the area currently in the process of conversion (1,040 hectares) increased by 34.7% compared to 2018, which is indicative of the significant growth potential of the organic acreage in the coming years.

The Guadalquivir Valley plays an essential role in this, as it accounts for 50% of the organic orange production in Andalusia (Seville produces 37.8% of the total and Cordoba 12.2%). This fruit is mainly exported to the EU, with Germany, France, Portugal, the UK and the Netherlands leading the way.

Data from the 2019/20 season also reveal that the prices of organic oranges at the handling centers of Andalusia were 42% higher than those of conventional oranges. The Navelina stands out the most, as it reached 44% higher prices. 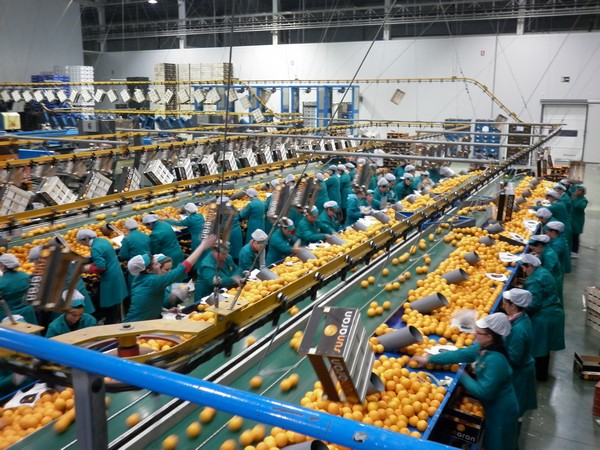 Guarantee Mark Naranjas del Valle del Guadalquivir
The Guadalquivir valley has ideal soil and climatic characteristics for the cultivation of oranges. These give the fruit the organoleptic and physicochemical properties that allow it to stand out in the market. The Association for the Promotion of Oranges from the Guadalquivir Valley, which was present at the latest edition of Fruit Attraction, is working to promote awareness of these oranges with its own guarantee mark.

"We have been participating with our own stand in Fruit Attraction since the first edition, as it is the place to be if you are part of the fruit and vegetable sector. Besides, since we started this project, we have organized various initiatives to make it clear to domestic consumers that oranges are produced in Andalusia, and that the Guadalquivir Valley is the main producer, contributing as much as the Region of Valencia. We want to continue working in this line and strengthening our presence abroad, because we cannot forget that almost 80% of our production is intended for the foreign market, especially the European market," says Antonio Carmona.