Market prospects for cherries are positive

Australian oranges are not doing well in the Chinese market

The volume of Western products on the Chinese market is much smaller this year than in previous years, because of the ongoing pandemic, supply chain problems, and high shipping prices. Many Chinese importers reduce or even temporarily halt their import of Western products. Instead they focus on premium domestic products. Despite all of these difficulties, Zhejiang Sango Trade Co., Ltd., continues to import various fruit products from all over the globe, and simultaneously strengthens their assortment of premium domestic fruit products. 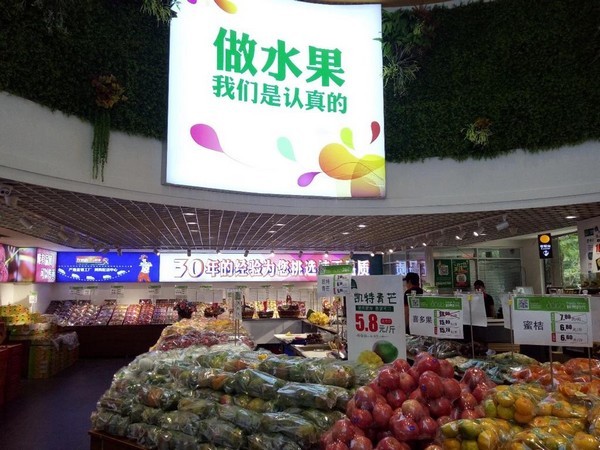 Australian oranges
Mr. Zhang Tianyi is the spokesperson for Sango Trade's import department. He first talked about current sales conditions of Australian import oranges. "The product quality of Australian oranges is not great this year. And on top of that there are problems in the trade relations between China and Australia. Many Chinese importers are hesitant about importing oranges from Australia this season. The import volume is much lower than in previous years."

South Africa and Peru enjoyed abundant orange harvests this year. Their overall supply volume increased in comparison with last year. That is an additional blow to the market position of Australian oranges. Some Chinese importers who previously purchased their oranges in Australia have now switched to South African oranges instead. 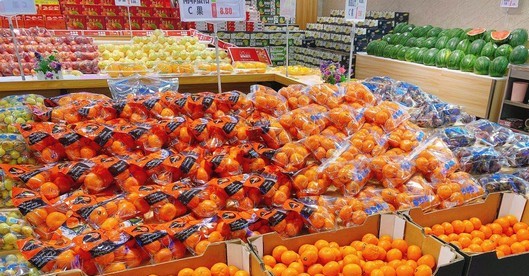 Chilean cherries
The Chinese market supply of Chilean cherries has steadily grown in the last few years. The cherries used to be relatively expensive, high-end market products, but now they are quite common and available in every shop and market. Chilean cherries are a must have for most Chinese consumers during the winter season. The Chilean cherry harvest is about to begin. Weather conditions in production areas are regular, so the production volume and product quality are expected to be regular as well.

"Chilean cherries are not easily replaced by other products in the Chinese market. In addition to unique cherry varieties, Chilean cherries also benefit from the timing of their supply season. Chilean cherries enter the Chinese market when the domestic cherry production season has not yet started. The months between November and February are slow months for the domestic fruit market. There are not many varieties for sale. That is when Chinese consumer demand for high-quality import fruit is strongest," said Mr. Zhang.

This year the Chilean cherry supply to the Chinese market is expected to begin in early November. When asked about his expectations for this season, Mr.Zhang replied: "Last year we had a cherry incident, where the packaging of imported Chilean cherries tested positive for traces of Covid-19, and sales suffered. The outbreak of Covid-19 is now largely under control in China, and the market is slowly recovering. We are quite positive about the upcoming season." 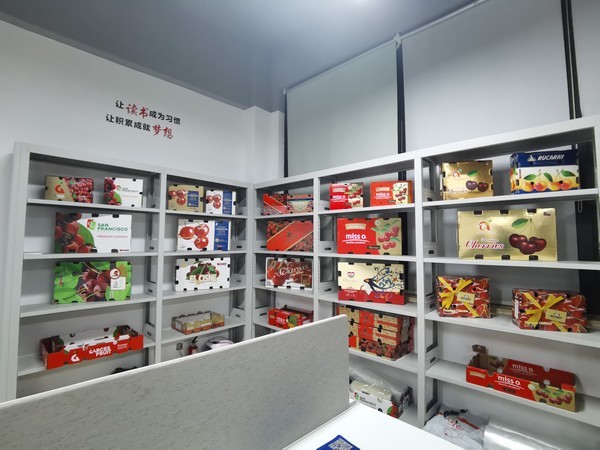 The marketing strategy of Sango Trade is to develop wholesale and retail channels in second-tier cities. The company has 14 branch companies in east China and southwest China. "Since China opened the market in the 1980's until now, the economy has steadily developed. First-tier cities took the lead and their development spurred on second-tier cities. Although the four first-tier cities of Beijing, Shanghai, Guangzhou, and Shenzhen have the highest level of consumption, the retail points are relatively scarce. Their coverage is limited. The consumption power in second-tier cities is weaker, we think, but their potential is much bigger, because there are many more second-tier cities. Future developments will follow a pattern of decentralization. If we open a booth in every wholesale market, then the fruit sales volume will change from large quantity to high quality."