China: It is estimated that by 2025 the growth in refrigerated transport will be 100%.

The second day of the Cool Logistics conference took place on Wednesday. The session on Cool Ports and Cold stores: Integrated Perishable hubs of the future was moderated by Steve Cameron, Principal, Cameron Maritime Resources.

Johannes Nanninga, CEO and Owner, Guangzhou Port (Europe) BV, representing Port of Nansha was the first speaker in the session. He spoke about the trends in the Chinese market. 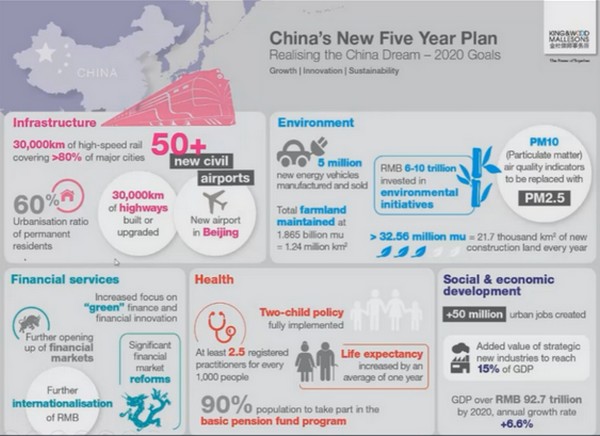 Foreign investment in China is continuing to grow and the Chinese Government are simplifying the procedures for doing business there, moving towards making China a better partner. He said that China is also becoming more self-sufficient in the production of new technology and food.

More people in China are moving out of poverty and the middle classes are growing, bringing with it a higher demand for safe healthy food. Although Shanghai remains one of the forerunners in this demand other cities such as Guangdong, Jiangsu and Zhejiang are following suit. 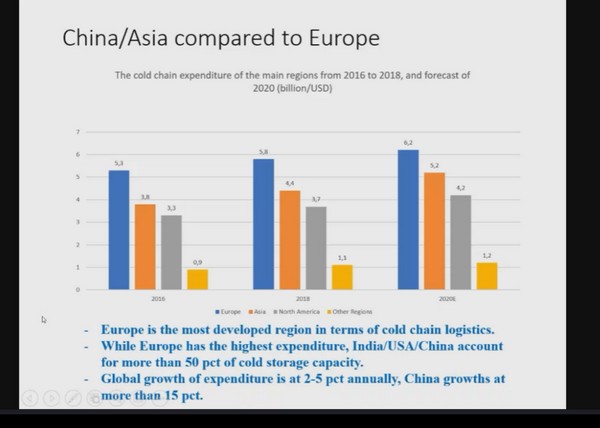 Exports from China have always been strong and now imports are also seeing good growth as the population becomes more prosperous, ecommerce is a big factor in this. Another factor is more oversees travel (pre-pandemic) where the Chinese experience other cultures and food.

On a logistical side this calls for more connectivity between the ports and inland cities, the distances between these can be very big.

There has been a big investment in infrastructure in the country, the spend is double that of European countries. Logistic companies are starting to provide inland cold chain logistics, this is most prominent in the east of the country. 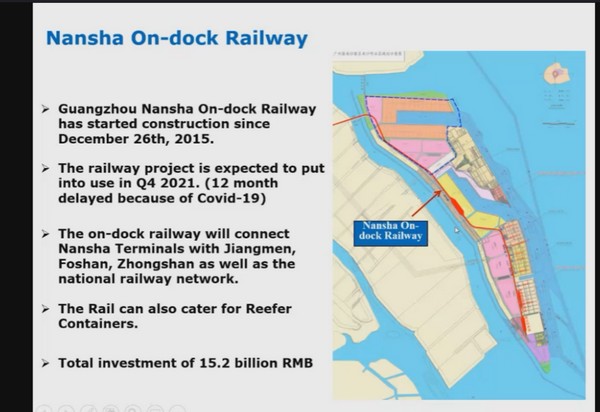 According to Johannes there is now more produce going direct to China instead of through Hong Kong as was the case in the past. The Port of Nansha is serviced by all of the major carriers and is well placed to supply the major fruit market in Jijangnan there also good connects to the market from Hong Kong and Shenzhen. Nansha will also apply for Free Trade Port status to ease customs procedures.

In the past China was driven by road connectivity this has now dramatically changed to other modes of transportation. Johannes stressed the need to transition to logistical hubs as the volumes of reefer containers is increasing by 20-30% per year.

The bigger player in the foodstuffs trade consolidating to improve the cold chain but better infrastructure and hubs are still needed. There also needs to be infrastructure improvements in land at the retail areas which will reduce food waste.

Capt. Paul J. Gallie, Director, Business Development, A.P. Moller Capital gave the port of Limon in Costa Rica as a great example of what can achieved when it comes to building a modern functional port.

He said a port is only as good as its hinterland infrastructure, they need deep water but also good road and rail connections. Cold chain Logistics is about getting perishables from A to B in the best condition possible.

He said that we have come a long way the days of loading bananas with men walking up wooded walkways carrying the bunches and the vast majority of the reefer trade is now done with refrigerated containers, although there are still some reefer vessels around which came in useful lately.

Paul stated that there many ports in Africa which do not good use of the climate and rich soils for growing tropical fruit due to lack of infrastructure. He adds that there is potential to export bananas from Africa, it just needs the investment and help with infrastructure.

He sighted Lagos as a port built for its deep water, where the city grew around the port but has since become grid locked due to a growing population, ports can be moved out of the cities to achieve better connectivity. 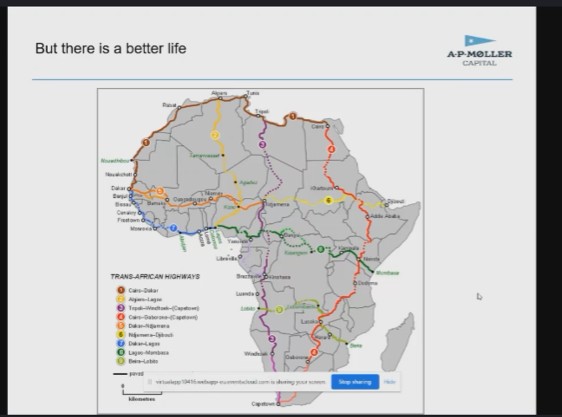 How Africa’s road network could look

On the continent of Africa, South Africa has 50% of the mileage of rail, Paul sees a strong need improvement on that continent. With addition of a rail network transit speeds would increase and it would be much better for the environment.

Kenya supplies 35% of the EU’s fresh flowers, this was previously do via air-freight but this is expensive. Using controlled atmosphere temperature-controlled containers, the flowers can now be shipped by sea from Mombasa to Europe and still be fresh on arrival.

South Africa has advanced production of fresh produce but logistics can be challenging. According to Paul the road and rail networks sometimes cope but not well there are also many problems at the ports, he sees the solution in public/ private collaboration.

Ole Schack-Petersen, Executive Officer, Broom Group gave on outline of the services offered by the Broom Group which is been in existence for 100 years. It started as an agency but has grown into a global company offering a wide range of services in the logistics industry.

As well as acting as agents for shipping companies, Broom group also offers inbound clearance services, assistance in documentation for import, export and transshipment. The logistics arm of the company offer sea, land and air transportation, packing and cold stores.

Ole said that a collaborative attitude was vital as well as a partnership structure using multiple carriers and multi-service solutions, it also important to understand customer’s requirements and offer flexible packages.

Anne Saris, Business Manager Agrofood & Distribution, Port of Rotterdam, spoke about the development and expansion of the Port of Rotterdam. The port has seen a growth of 6-8% in the last five years. They are currently developing the cold storage due to higher demand. 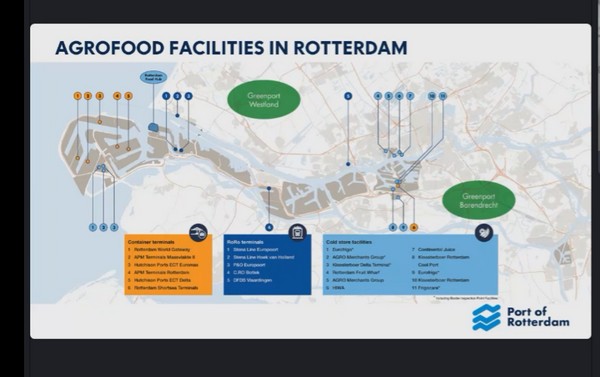 The port aims to be a one stop shop for fresh and frozen goods and the gateway to Europe. Over the next few years part of the port will be redeveloped for housing and other uses, this has driven the need to develop other areas for clod storage. A 60 Ha area in the Massvlakte will used for this, development has already started.

There is also a need to house dedicated reefer vessels and smaller container ships. There will be an area fully dedicated to fast and efficient handing of these vessels and a cold store adjacent to the quay. The container terminals areal so being expanded with 1.8 meters of deep sea quay which will give 25% more capacity. 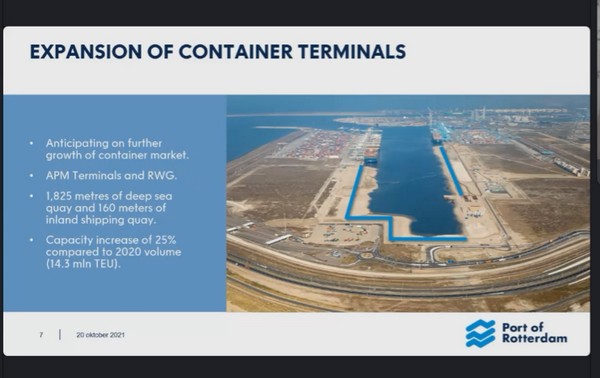 The port is also digitalising the infrastructure to optimise the shipping process. This includes an automated customs process for goods to and from the UK, to achieve cost and time savings.