Florida citrus production has begun, though at varying rates of development.

On oranges, Gabriel Bernal of All American Citrus, whose head office is in Miami but works with growers throughout the state’s Citrus Belt, notes that harvest began on early season Navel varieties two weeks ago. “But for our juice processors, we’re waiting on sweetness and we’re not exactly there yet,” he says. “So we’re treading a bit lightly as the season starts as BRIX levels build up.”

In turn, the season is behind last year’s start by two to three weeks to allow for that Brix development. “We had a bit of a Florida cold front around 50 degrees which helps our mid-season fruit set and have higher Brix. So in the first week of November, you can expect sweeter fruit,” says Bernal. 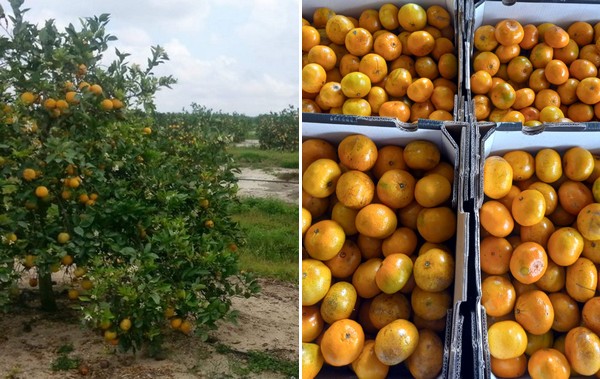 Navel oranges (left) and tangerines from All American Citrus.

Florida vs. California
In terms of demand, Bernal notes there is some carry over from the California season. “We have some clients who usually buy Florida fruit but are still running off of California,” he says. “But the quality is going downhill because they’re getting fruit that has been held over in cooler inventories harvested for up to two months.” He anticipates demand to gain strength in the coming weeks.

On grapefruit, it’s become the leading item for All American Citrus this season so far. “Usually we have 50 percent oranges, 35-40 percent grapefruit and 10-15 percent tangerines. But currently grapefruit is 50 percent, oranges 40 percent and tangerines 10 percent,” he says.

This year he does note grapefruit are producing better than expected though what that means for the grapefruit season, which usually stretches from mid-October to March-April for Florida, remains to be seen. “Because Texas grapefruit has fallen off after the storm this year, I think that’s why grapefruit is being harvested in higher volumes,” says Bernal, adding the grapefruit does have high Brix at this point. “As far as my knowledge goes, there’ll be nothing substantial coming out of California so Florida will be able to fit into that market.” 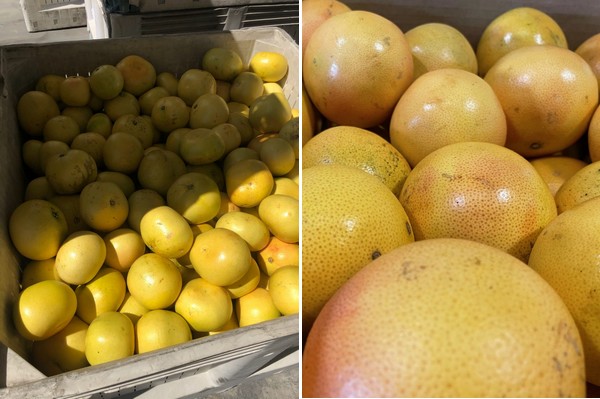 Moving into tangerines
Also in the citrus portfolio, tangerines are just starting to get harvested. “We get into peak season between December-January. With harvesting they are already pretty sweet. But mid-November is when we get into prime sweetness and then January is when the sweetest fruit comes on,” he says.

As for pricing, oranges are hovering around what they were at the end of the 2020-2021 season with volume expected to pick up in next two to three weeks. “It is just slightly higher than last year,” Bernal says.

Overall in the citrus industry in Florida, Bernal notes there are some developments in commodities being grown. All American Citrus itself is strengthening its pomelo crop with Category 1 and 2 pomelos. “That harvest began from our partner farms last week and it was also grown in Texas as well,” says Bernal.

At the same time, he sees growers also moving into other commodities. “Some growers are planting different crops to balance their losses from the last 10-15 years from citrus greening,” he says. “They’re working with the University of Florida Institute of Food and Agricultural Sciences (IFAS) and are starting to plant a lot more tangelos and hybrids. They’re looking to expand their crops within the next two to three years. So there’s been a slight drop off in citrus but the future looks promising.”