Luik Natie is a Belgian transhipment and storage company. It has partnered with Engie, a European energy supplier. On Tuesday, the Belgian Minister of Energy, Zuhal Demir, inaugurated the first Tesla Megapack battery in Belgium. It is at Luik Natie's site in the port of Antwerp. It is a tad larger than the average Tesla battery. But with 1.25 MWh, it also has quite a bit more charging capacity. 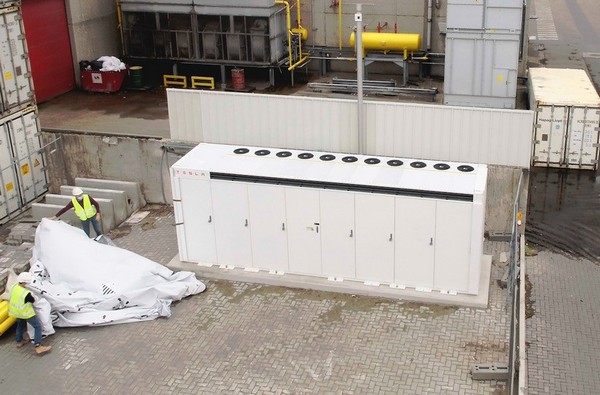 "This is a unique situation," says Dean Van Raemdonck, manager van Sun4Bussiness. This is an Engie/Orka partnership. Orka manufactures solar panels. Sun4Business finances and installs solar panels at companies. "It's a first that such a battery is placed on an industrial site. It's the first in Belgium as well as in the Engie Group." 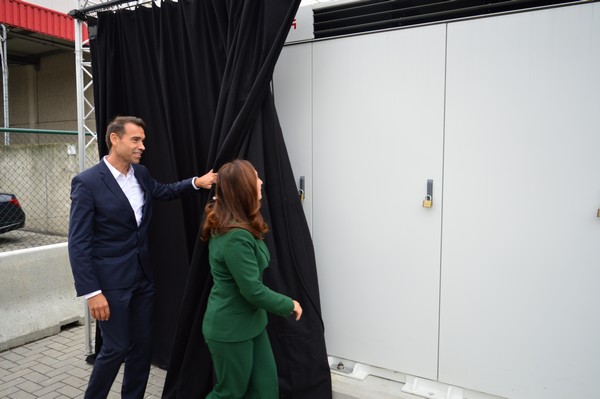 Both CEOs and the minister were at the battery's unveiling. 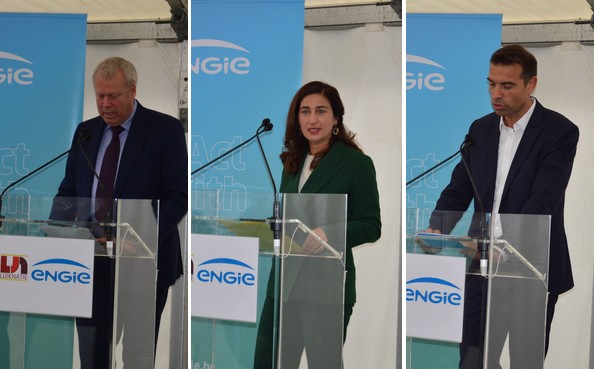 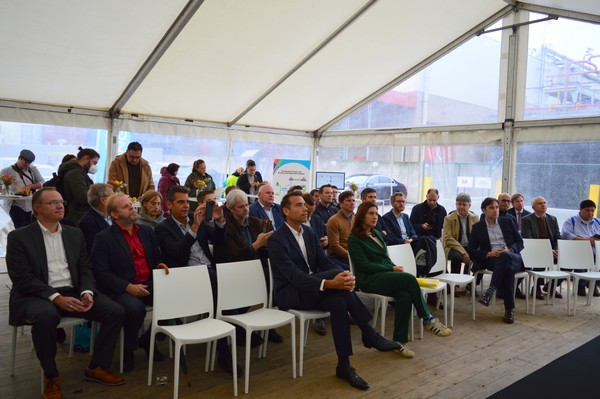 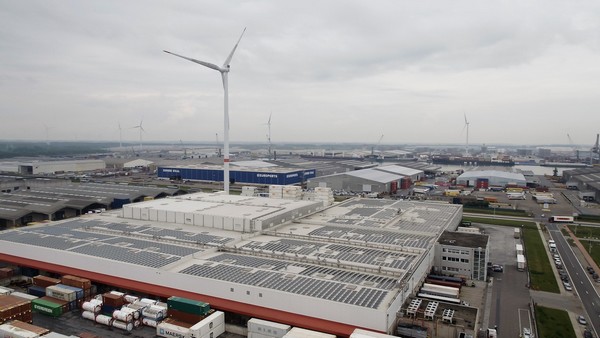 Energy production and consumption will now be better balanced. Production surpluses at peak times will be stored in the battery. The company can use it when there is, say, no sun or wind. It also ensures operational reliability during power failures. Luik Natie can, thus, operate more independently of the electricity grid. And so, of the fluctuating energy market. 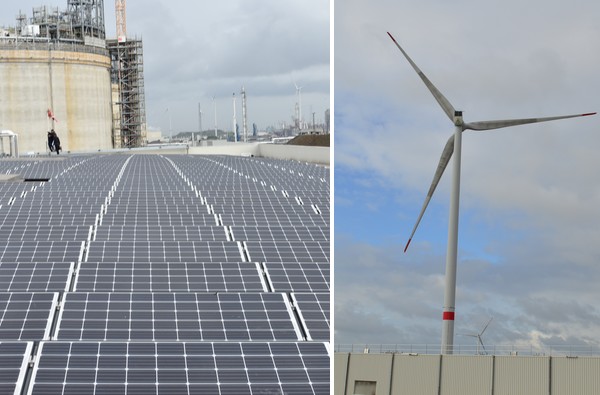 Investment
Engie financed and installed the Tesla battery as well as all 3,800 solar panels. That means the energy supplier owns the system for the next ten years. After that, it will become Luik Natie's property. 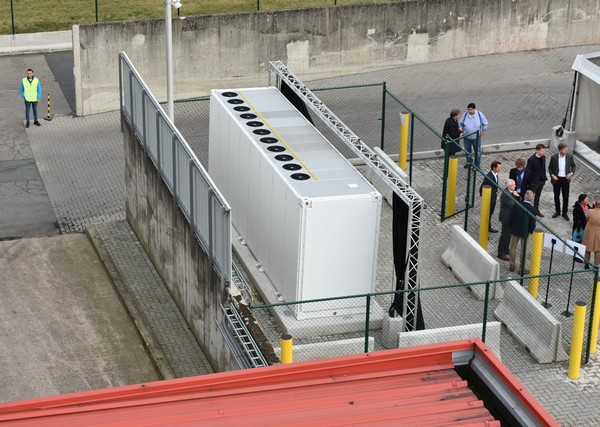 "It's vital that the energy transition also gets going within the industry sector. Companies must reduce their emissions. Making business processes more sustainable is a high priority for us. But we don't think it should cost more. The process should also be economically sustainable. Along with the Belgian government and Engie, we've succeeded. We've shown that the energy transition is economically sustainable too," says Stefaan Verhulst, Luik Natie's CEO. 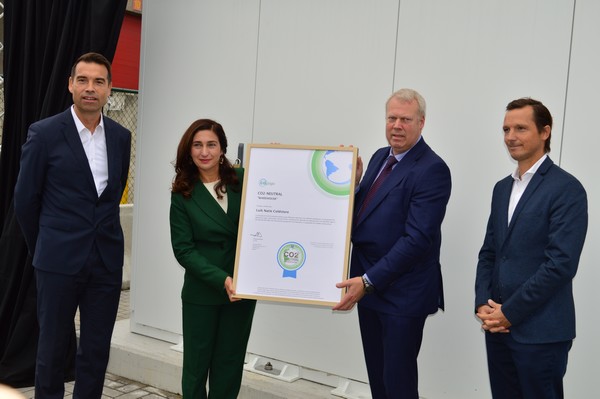 Engie, governmental, Luik Natie partnership
"This is a further step in greening our operational processes. It will reduce our CO2 emissions by 535 tons." It is a further step because Stefaan points out that they are going to do more. They want to further reduce the company's environmental impact. 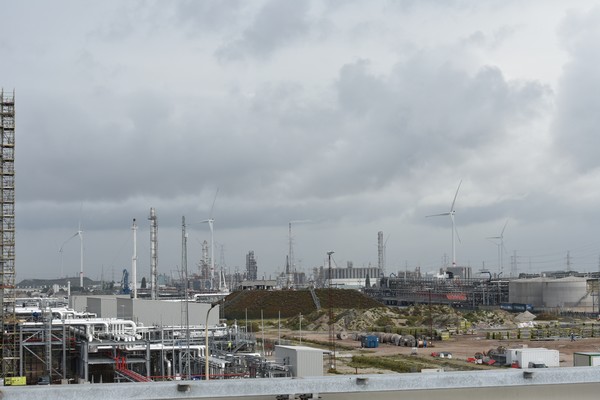 "Steve Jobs once said, 'The difference between a leader and a follower is innovation'. Luik Natie is a leader," says Engie's CEO, Thierry Saegeman. He and Minister Demir expressed the hope that this company will become an example and source of inspiration. They hope they will be a driving force behind the energy transition. 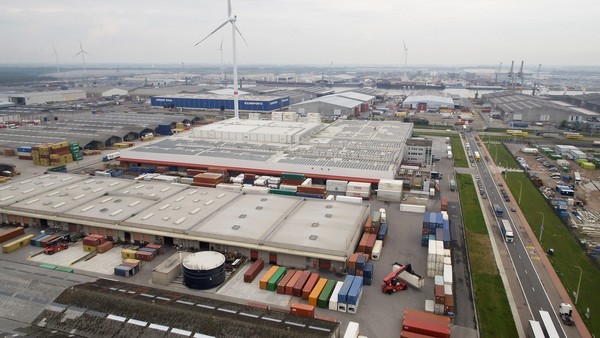 This includes not only real-time consumption data, solar and wind production, and the battery's status. But also weather forecasts, market prices, and lots of forecasting information. The EMS ensures the best use of the battery. That is based on all this collected data and information.

Learn more about the project in this video.

Engie's video shows how homes could use these kinds of batteries.