California persimmons are just getting underway with harvest.

For PureFresh Sales based in Selma, CA, the Hachiya persimmon crop began harvest this week and it’s seeing a large crop. Fuyu crop harvest is also underway. “The color has had a difficult time coming on. But as we’re getting cooler weather now, we’re seeing the color come on stronger and we’ll have a good amount of volume from now until January. It was the extended heat that we got all summer that didn’t allow the persimmons to mature,” says PureFresh’s Bill Purewal. 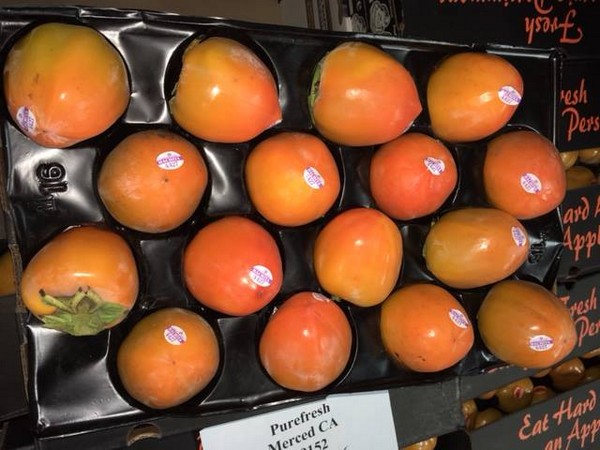 Delayed chocolate as well
The weather also delayed the start of PureFresh’s chocolate persimmon variety which features a dark, sweet interior. Normally that gets underway September 1 but this year harvest began September 10th. “Chocolate persimmons are still newer for us. They’re growing every year in volume because we’ve been planting a few thousand trees every year for the past few years and will continue for the next three to four years,” says Purewal. “It’s the perfect persimmon to start before the Fuyu.”

Overall volume though in general on Fuyus and Hachiya is similar to last year, though Purewal notes the sizing is off by one to two sizes. “I don’t think they’re as large as they were last year. The heat didn’t allow them to grow all summer like they normally do,” he says.

However, the later start means the crop is meeting strong demand. “Demand is very good. Retail customers are asking for Fuyus because they’re used to having it on the shelf by now,” says Purewal. He also notes that wholesale market movement on persimmons also looks strong as does foodservice demand via schools. 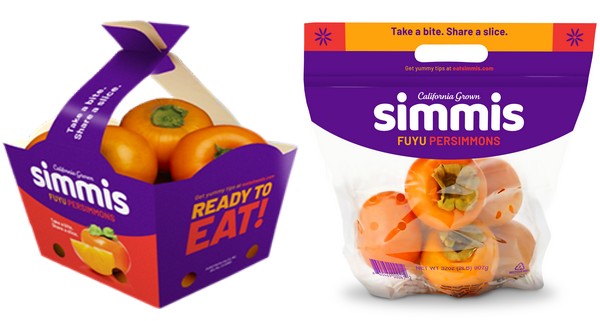 Pre-packaged product
Helping things along is packaging for persimmons this year including a two lb. basket and recyclable clamshells for one and two lbs.

PureFresh has also focused on increasing its brand marketing with its Simmis brand which includes display contests and more. “We’re also doing geo-location social media marketing this year,” says Purewal. “Overall consumption is going up every year. It’s an untapped market and it’s growing which partly has to do with social media and foodies promoting the product. We’re growing our customer base every year.”

Meanwhile on pricing, it’s more aggressive than historical pricing due to the late start. “The volume is on top of each other so we came out more aggressive to move more volume right from the beginning,” says Purewal. “It will come down but not for a long time. But we also need to promote volume to get the product out there.”