When it comes to logistics moving out of U.S. ports right now, it’s almost welcome news when you hear about status quo movement out of a port.

At California’s Port of Oakland, it sees exports of largely California’s main crops including citrus, grapes and vegetables to overseas markets. “We haven’t seen any dramatic shifts in shipments over the past few years. It’s been a fairly consistent shipping of products going to export markets,” says Andrew Hwang, manager of business development and international marketing for the Port of Oakland Maritime Division. “Since COVID 18 months ago, we have seen that demand for high quality U.S. agriculture products is extremely strong.”

What has changed in recent years though is the increasing number of markets being exported to. While Korea, Japan, Taiwan, Hong Hong and China are the strongest markets, new ones are gaining strength. “We have seen over the years gradual growth in Southeast Asia--so Thailand and Vietnam and countries that will ship via Singapore,” says Hwang. 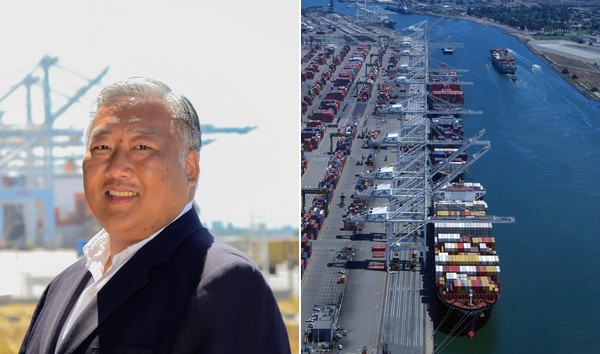 Andrew Hwang says the Port of Oakland has seen the gradual growth in shipments to Southeast Asia--Thailand and Vietnam and countries that will ship via Singapore.

Logistics challenges
However it’s hard to discuss international logistics without touching on the supply chain issues that have made headlines over the past few months. “The difficulty for our exporters has been with the shipping services to certain destinations and to a degree, the availability of refrigerated shipping containers,” says Hwang.

He notes that March of this year is when ports such as Oakland, but also the Port of Los Angeles and the Port of Long Beach began seeing vessel congestion which challenged shippers getting product out of the U.S. to those overseas markets. “Prior to March, shippers were able to cope with import volumes and subsequently be able to serve the export market,” says Hwang. “As we got into March, April and May, we were seeing delays on the West Coast for vessels of upwards of four weeks--two weeks in LA and two weeks in Oakland.”

In turn, this put a strain on equipment as well as vessels globally and Hwang notes that now global congestion is also the issue. “Europe, Asia, U.S. East Coast--nobody is spared in the main East-West trade lanes. The more congestion you have, the more ships and equipment you need to support the same amount of business you’d do on a weekly business.”

Hwang also points out that congestion isn’t relegated to exports only and that the difficulties being seen on the export side are driven by the import side. 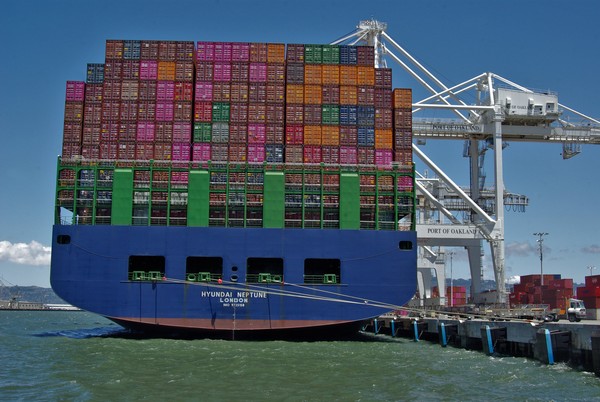 Hwang says congestion isn’t relegated to exports only and that the difficulties being seen on the export side are driven by the import side.

“Open for business”
However now, Hwang says the Port of Oakland is open for business given its congestion issues cleared up in August. “We don’t have any vessels waiting to berth and our labor pool has grown tremendously. We’re confident as the ships come in, we can handle the additional load of cargo. We have been able to address some key drivers of our previous congestion,” he says.

He notes as well that the port is set up ideally to ship items such as produce. “In the major East-West services going to Europe and Asia, Oakland is the last port of call before you exit,” he says. “Because we’re situated in the middle of the most valuable agricultural land on earth, that naturally funnels produce up through here because it’s the same ship from Long Beach the previous week. It’s reducing transit times and giving exporters extra time to pack and load containers to make those vessel cut offs.”

To further entice shipments to go through the port, Hwang says he believes the refrigerated market as a whole will continue to grow, especially following the addition in 2018 of a 280,000-square-foot cold storage unit to handle frozen and chilled foods. “It’s probably the best growth story over the past few years and part of it is the faith foreign markets have in U.S. grown products, the stringency of USDA regulations and the phytosanitary restrictions going into exports,” he says. “That way the market overseas will have confidence in consuming U.S. product.”