Cold, wet weather and increasing competitive pressure from abroad presented German vegetable growers with many problems this year. Producers from the Rhineland in particular are likely to have to deal with the consequences for a long time to come in view of the floods. We spoke to Laura Lafuente, Managing Director of the German Vegetable Growers' Association in Berlin, about these issues and the future of agriculture. 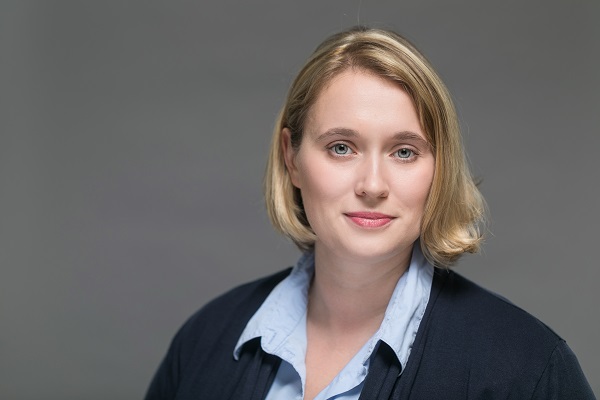 Great sales in the hobby sector
"Things went well this year for - ornamental plant nurseries and specialist garden markets," says Lafuente. Especially in the hobby sector, good sales were recorded for young vegetable plants such as grafted tomatoes, lettuces or various herbs. Due to the weather however, the situation in 2021 was rather poor overall. Lafuente: "It was far too wet and also far too cold in the spring. The last sets had to be planted regionally in extremely wet soils. There were isolated shortages of produce from Germany at the markets. Head and iceberg lettuces were very scarce, but prices were more stable compared to last year." However, smaller businesses that primarily sell niche products such as fine mushrooms specifically for the food service industry suffered particularly during Corona, she said.

Better asparagus year, outdoor cucumbers suffered
Another problem is that more goods have to be imported than can be exported. Even with popular German seasonal products such as asparagus, more pressure is being felt from countries like Poland and Greece. Nevertheless, it was not a bad asparagus year, she said. Although volumes were somewhat lower than usual, prices were very high around Easter. Better than last year was the supply of harvesters, but there is a steady shortage of workers throughout the vegetable-growing industry.

"The harvest of outdoor cucumbers suffers from the circumstances related to the low availability of harvest workers and the minimum wage. In addition, there is almost no possibility of mechanical harvesting in this product. Prices hardly reflect the effort involved. Wide-belt harvesters are already being used for carrots, and various full harvesters are already being used for asparagus on a trial basis. But the quality is often not as good as with hand harvesting," says Lafuente.

In the case of outdoor crops, there was a total regional failure due to the severe weather. "The qualities of many outdoor crops suffered from the prolonged wetness. After so much moisture, fungal attack and rot has also been a major problem." 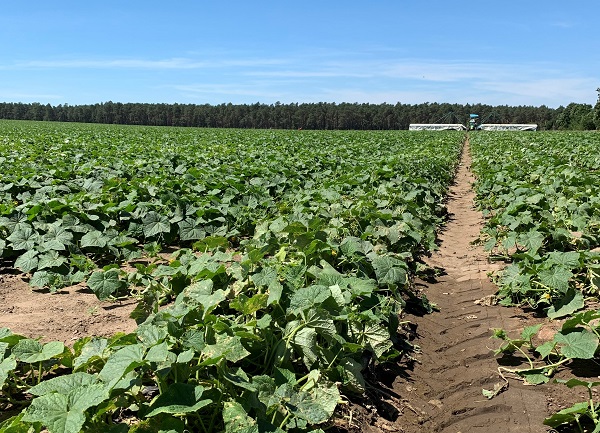 Farms with outdoor cucumbers for processing are suffering from a lack of harvesters and increased costs.

Grocery sales and crop protection
Food retailers continue to generate the most sales. Self-marketers also distribute their vegetables mainly through retail, especially when short-term gaps need to be covered. "Those who supply retailers had significantly higher sales, especially with products such as tomatoes, cucumbers and peppers."

However, she said, vegetable growers are concerned about regulations in the use of pesticides. Lafuente: "Scientific studies no longer get much attention. Decisions are increasingly made without a scientific basis and thus tend to harm regional cultivation even more. Work in crop protection consulting is also becoming increasingly tight, as fewer effective agents are available in vegetable production. It is becoming increasingly expensive to collect all the data for small specialty crops such as zucchini, Chinese cabbage or various beans for the agent manufacturers." As crop protection products are used steadily less, crops also break away because the risk for the grower becomes too great. 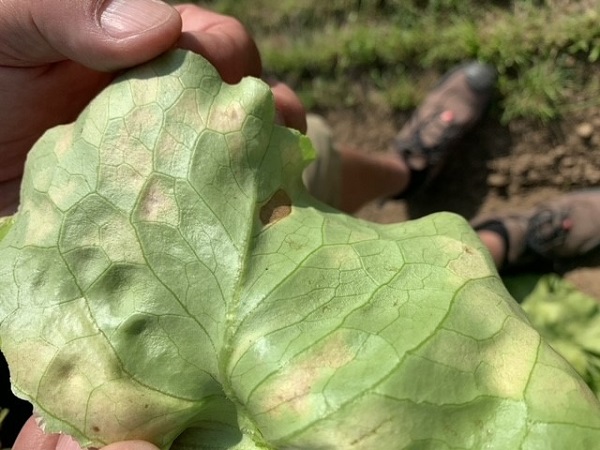 Downy mildew in lettuce after persistent wet conditions in 2021

Lack of expertise, slight increase in trainees
What is lacking, is good consumer education. Expertise is being lost. Although the number of apprenticeships is rising slightly, it is quite difficult for newcomers to set up new businesses or continue existing ones. Family businesses or large companies that involve external managers are the most successful. In turn, Lafuente places hope in the network of young market gardeners.

"They visit different farms together and give each other input. Our national trade group offers apprentice days, where we network prospective vegetable growers and offer informational trips within the association. Last year, we went on a study tour to South Africa to look at agriculture. Currently, we are planning to facilitate a similar trip for vegetable growers to the U.S. in 2023 and hope that by then the tour will be without restrictive measures."