Production volume declined by more than 30%

The new sales season of Xiuwen kiwi fruit has officially begun. The new season began earlier than usual due to the ongoing impact of the typhoon season and flood waters. The overall production volume declined by more than 30% compared to last year. The impact was particularly harsh on the kiwi fruit plants that reached peak productivity this year. The supply period of Xiuwen kiwi fruit is expected to finish early around Chinese Spring Festival [1 February, 2022], because the production volume is smaller than usual. 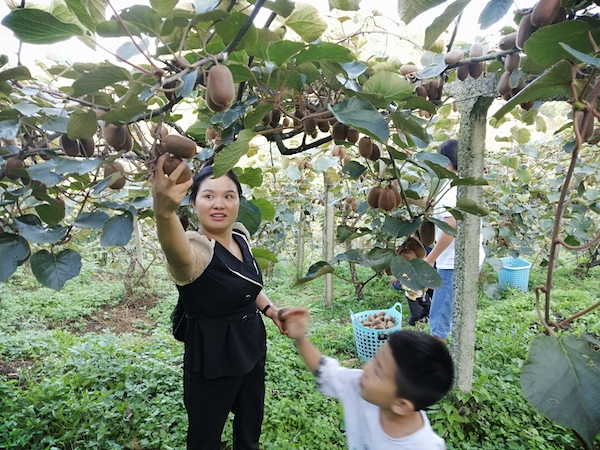 "We operate according to the joint 'company + farmer' management model. Our kiwi fruit orchard in Ganba village in Xiuwen covers an area of around 133 hectares. The annual production volume is around 500,000 kg. The overall market demand for Xiuwen kiwi fruit has not suffered from the pandemic, on the contrary, demand has grown stronger. We supply to markets throughout the entire country and cover every kind of market in every region. The selling price of Xiuwen kiwi fruit is more or less the same as last year." This is according to Mr. Wu Shaoxin of Guizhou Guiren Fruit Organic Agricultural Development Co., Ltd. (hereafter 'Guiren Fruit'). 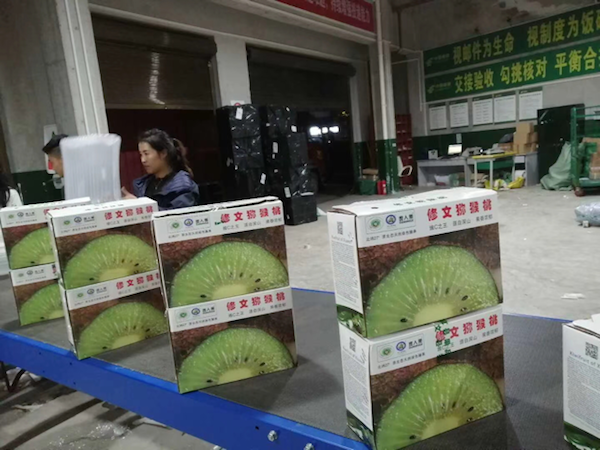 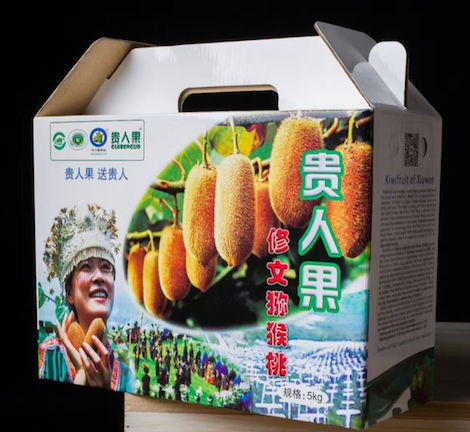 Guiren Fruit has been through years of retail channel diversification, and now primarily sells kiwi fruit through the online Guiren Fruit shop on JD.com, via WeChat traders, and collective buyers, as well as offline to visitors who harvest their own kiwi fruit in the orchard. At the same time, Guiren Fruit also sells kiwi fruit via traditional wholesale markets.

According to Mr. Wu Shaoxin: "The outbreak of Covid-19 is brought under control within China. The market conditions of Guiren Fruit kiwi fruit have not suffered from the pandemic this season. Moreover, Guiren Fruit kiwi fruit is a representative of ecological, environmentally-friendly, healthy fruit. Throughout this pandemic the brand managed to win the hearts of Chinese consumers in mid- and high-end markets."

There are always fake Xiuwen kiwi fruit in circulation on the Chinese market. Even though relevant authorities take appropriate measures, fake Xiuwen kiwi fruit still regularly shows up in the market. For Guiren Fruit the solution to this problem is the promotion of an ecological production concept. The company relies on 'increased farm manure + phosphorus and potassium fertilizer + trace element amino acid foliar fertilizer' to guarantee high product quality and large production volumes. The company does not apply bulking agents.

The organic business concept behind Guiren Fruit attracts many customers in mid- and high-end markets, and progressively changes the understanding of ecology, health, and environmental protection among consumers in low- to mid-end markets. This change in thinking will help consumers differentiate between authentic (organic) kiwi fruit and fake Xiuwen kiwi fruit, and simultaneously raises the profile of Guiren Fruit among Chinese consumers. 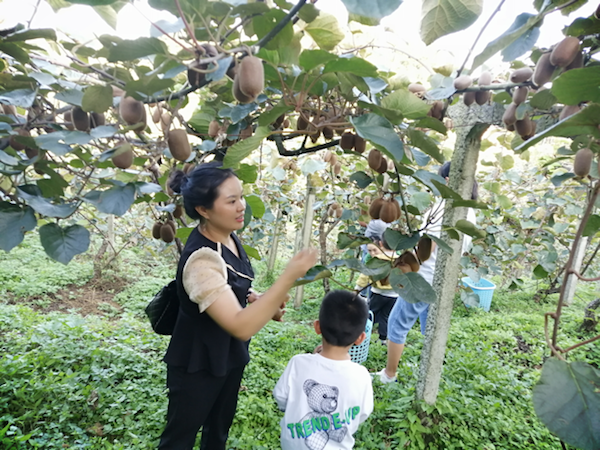