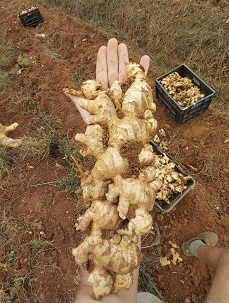 The ginger market, last year buoyed by people’s search for immunity-boosting foods against Covid, has dropped back to pre-Covid demand levels and below, as the KwaZulu-Natal looting bit into ginger demand in that province.

Hans Schroeder, head of production (macadamias, avocados and ginger) at Macview in Kiepersol, Mpumalanga, for whom ginger is a family business, says that when Covid started a ginger shortage developed and prices were very good but this year there’s an oversupply and demand is sluggish.

Back in May Macview told FreshPlaza that they weren’t expecting a repeat of last season and in the end, remarks Ruan van der Westhuizen, Macview’s head of finance and marketing, ginger did not turn out to be the silver bullet and the hype around it has subsided.

Demand for ginger is back at previous levels, as if the hype had left little new ginger consumers to the base, although, Ruan points out, households have over the past decade become greater consumers of ginger as part of a broader trend towards lowcarb, healthier eating patterns.

He reckons that there has been a doubling in the number of ginger producers over the past ten years, with many periodically planting it.

KZN looting curtails ginger demand
The Durban market has always been an important indicator of the local ginger industry, and worryingly demand there has plummeted as a result of the economic damage done by the July looting. Ginger has become a niche product and unaffordable. 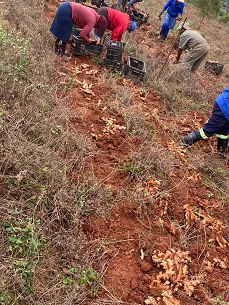 Macview has only just sent its first pallet of ginger to Durban since the season started in May, where usually they’d be sending twice a month.

The ginger season runs until December and well-watered ginger can remain in situ, but it needs overhead irrigation when temperatures rise above 28°C, which happens often in high summer in the Lowveld.

The irrigation requirement significantly pushes up input costs and limits the area under ginger. Furthermore, nematodes love ginger, Hans says, and new production needs to take place on new soil with about five years rest between ginger crops on the same piece of land; at Macview post-ginger fields are planted with avocados (they’re about halfway with the establishment of 100ha of Lamb Hass) and macadamias.

Heavy rain in January and February caused some losses but the remainder looks very good. 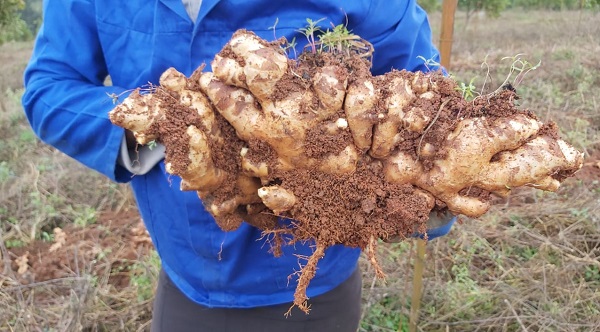 Turmeric market on a plateau
Macview also grows turmeric, only one hectare a year which delivers around 25 tonnes to the market which is small and does not seem to enlarge.

“It’s a much easier crop to farm than ginger,” Hans explains, “because its leaves are large and it doesn’t transpire as much as ginger. It survives on irrigation twice or three times a week but it doesn’t require the overhead irrigation that ginger needs.”