The Brussels sprout and curly kale seasons have begun in the Netherlands. "Kale sales are going particularly well. People are eager for this product again. We've already done several promotions with supermarkets which went great. Exports have also made a good start," says Mike Glas of Glas-Groenten.

"The kale's growth lagged, as did many other vegetables. There are far fewer lot kilos coming off one hectare. But the kale's quality is excellent this year." A few years ago, the media began promoting kale as a superfood. But, according to this full soil vegetable trader, that hype has died down a bit." Fortunately, sales are going well, and prices are satisfactory." 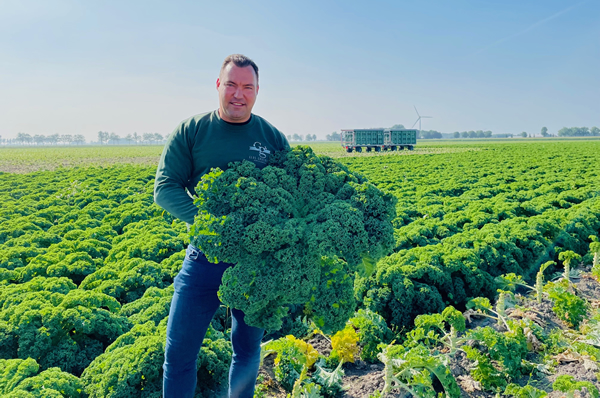 Brussel sprout sales still have to get going. "But that's no different than other years in September. When the weather gets a bit colder, that will occur naturally. Also, their yield per hectare is much lower," Mike explains. "That makes for fairly firm prices, especially at the day trade."

Glas-Groenten usually supplies much of its kale and Brussels sprouts to DEEN. This North Holland supermarket chain has now been sold to three other supermarkets. The first stores are opening under their new name. "For us, that's quite a loss. But there's nothing you can do about it. And where doors close, others open elsewhere. Everything will work out fine," concludes Mike.