The 6th International Berry Congress was opened a few days ago at the Casa Colón in Huelva with a plea to the healthy and nutritional properties of berries and the new business opportunities opening up for the sector in countries like Sweden, Denmark, Finland, the United Kingdom and the United Arab Emirates, as well as the potential of the Port of Huelva for the export of these products. The event was inaugurated by the Spanish Minister of Agriculture, Livestock, Fisheries and Sustainable Development, Luis Planas; the mayor of Huelva, Gabriel Cruz; the president of the Provincial Council, María Eugenia Limón; the general secretary of Agriculture, Livestock and Food of the Government of Andalusia, Vicente Pérez; the president of Freshuelva, Alberto Garrocho, and the president of Caja Rural del Sur, José Luis García-Palacios. 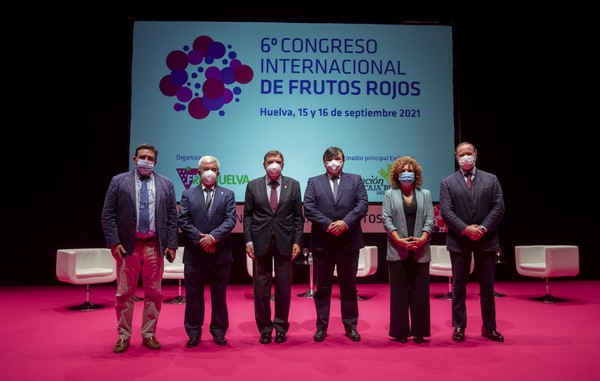 Inaugural conference
Carlos Ríos, a popular dietician-nutritionist from Huelva and one of the biggest promoters of realfooding in Spain, was in charge of giving the inaugural speech, in which he assured that "berries save people's lives" thanks to the "very high level of health and wellbeing" they help attain.

Ríos said that berries "make up a high quality diet themselves, since they have the capacity to combine health and flavor", so he predicted "a clear increase in their consumption in the coming years."

He also highlighted the paradox that Spain is the European leader in fruit and vegetable exports "while it also has the highest rate of childhood obesity in Europe", so he advocated "continuing to work to ensure the new generations adopt some healthier eating trends." 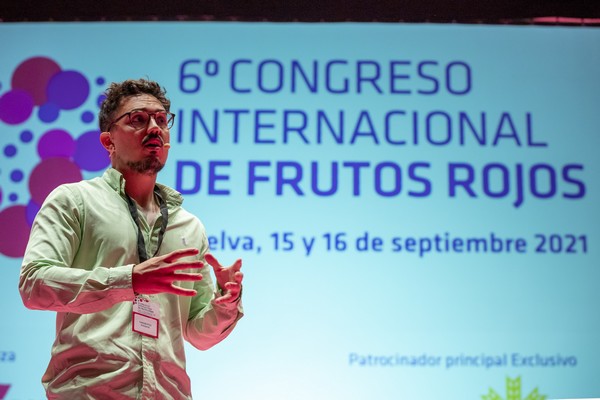 The first day of the Congress continued with a conference by the director of the Port Authority of Huelva, Ignacio Alvarez-Ossorio, who highlighted the role of ports as "strategic allies" in the growth of the berry sector.

There was also a discussion on 'New emerging markets for the soft fruit sector', which was attended by Alexandre Neves, head of soft fruits at Everfresh, leading wholesaler in Sweden and Denmark, and Roger Nyqvist, CEO of the firm Agrica AB (Finland).

The first day of the Congress ended with a discussion on 'Trends and opportunities in the retail for the soft fruit sector', with the participation of Edward Velasco, from Rodanto (United Kingdom) and Lander Mardo, director of the company Taste of Spain (United Arab Emirates). Twelve technical conferences were also given by companies in the sector.

The second day took place on Thursday, September 16 with sustainability as the main topic.