A new startup company has a blueprint for successfully reinventing the wheel...barrow.

Suma Reddy, CEO and cofounder of Future Acres, and her colleagues are in the process of developing artificial intelligence (AI) that would facilitate the picking process on farms harvesting fresh produce.

“We are building sustainable, advanced, and intelligent robotic tools for farms starting with what we call Carry, which is our autonomous self-driving companion,” said Reddy.

“Thirty percent of a farm worker’s time is spent transporting those delicate grapes with a wheelbarrow across the farm,” she further explained. “That’s over two hours per day just transporting by wheelbarrow.”

That’s over two-hundred pounds per load.

The team at Future Acres has come up with a design to line wheelbarrows with sensors that alert autonomous robots when the load limit has been reached.

“Essentially what we’re building is a three-part ecosystem,” she said. “If a farm worker is picking and harvesting, they fill the wheelbarrow with grapes and it hits that 120, 150-pound limit, the carrier robot will be alerted and travel autonomously to that picker. They’ll be able to dump the crop load onto the robot, and then the robot autonomously goes back to the sorting station and then the cycle is repeated.”

Reducing emissions
According to Reddy, the number of farm workers has been decreasing by seven percent each year. She said that with the global population set to reach ten billion people by 2050 and the ways in which climate change could theoretically reduce working hours significantly, the most challenging aspect is figuring out ways to increase food production without expanding harvesting land and reducing emissions by seventy-five percent.

“We know that over twenty-five percent of global greenhouse gas emissions are due to crop land use, livestock production, and soil and nutrient management,” she said. “And climate change's impact on global food security is related to food supply, quality, nutrition and access.”

Reddy went on to explain that the company’s five major goals for success are increasing yield efficiency, improving worker safety, ensuring harvest quality and health, mitigating climate impact, and collaborating with and educating farmers on operating the AI technology. 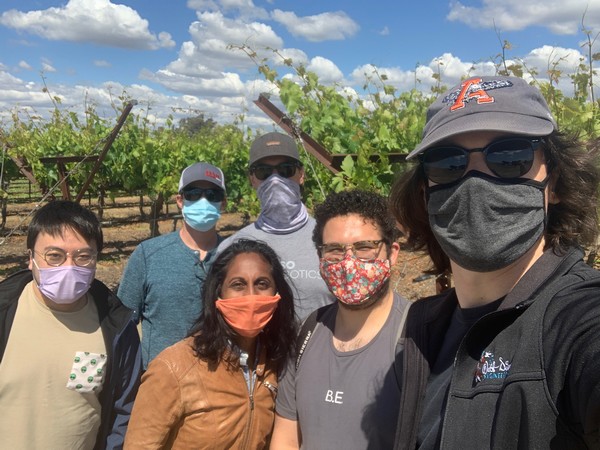 A chance to get involved
In order to properly finance the seminal project, Reddy said they are hoping to attract investors and support through crowd-funding campaigns. “We’re raising $3 million on a platform called SeedInvest, and we’ve raised about $920,000 so far. It’s going well and it’s the last month for investors to come on board.”