Supplies of the specialty citrus item finger limes have increased out of Guatemala.

Guatemala grows the citrus fruit year round. “We have more production this year because our trees are reaching production potential,” says Edilson Hernández of Prime Tropics, which he says is the only finger lime producers in the region. The limes are grown throughout Guatemala at farms located in different heights above sea level allowing for that year-round production. 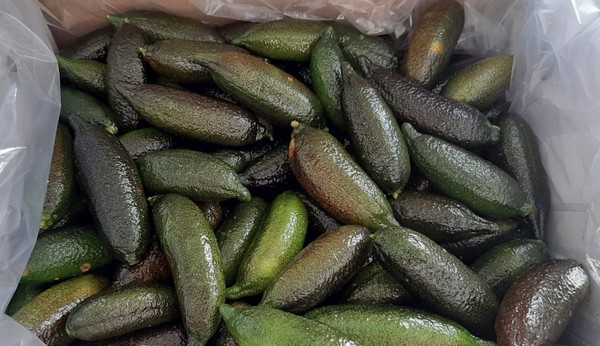 Supplies of finger limes have increased this year out of Guatemala.

Along with Guatemala, finger lime producers are found, albeit seasonally, in Spain, France, Morocco and the United States.
European demand is strong 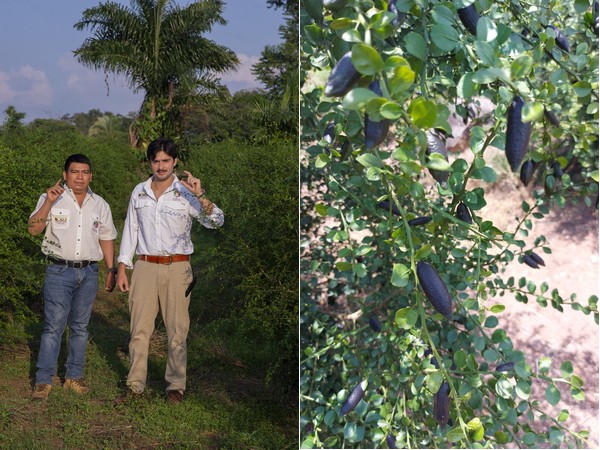 Left: the team from Prime Tropics; right: Finger limes are grown throughout Guatemala at farms located in different heights above sea level allowing for year-round production.

As for demand, Hernández notes that it’s been increasing in recent weeks. “Our greatest demand is from the European market--we’re shipping regularly to the Netherlands, France, the United Kingdom and Germany and we have also shipped to Singapore,” he says, noting the company is Global GAP and SMETA certified. “Our biggest challenge is to be able to have a presence with our fruit in other European countries such as Italy, Sweden and Switzerland. “We know they are also consumers of finger limes. We also want to enter the Canadian market.”

He also adds that consumption overall has been better this year than in 2021. “Last year our potential market remained closed--this included restaurants because of COVID-19,” says Hernández. However retail popularity of finger limes is also increasing and Prime Tropics offers them in a 50 gram clamshell at retail (along with a 1 kg. box for foodservice).

As for pricing on finger limes, Hernández says they are stable and look similar to pricing last year at this time.