"A single software where all irrigation management systems converge"

Water is a primordial element for life and a fundamental resource in agriculture, a sector that accounts for around 70% of all global freshwater extractions, according to data from the Food and Agriculture Organization of the United Nations (FAO). However, it is a finite asset closely linked to the climate, and the consequences of climate change are already starting to become evident. Therefore, an efficient and sustainable management of water use in food production is one of the main goals to guarantee its supply as a resource, as well as food security. In fact, this is one of the 17 Sustainable Development Goals (SDGs) of the UN's 2030 Agenda for Sustainable Development.

Technological solutions and data analysis platforms to improve decision making in irrigation are becoming essential to optimize its use in agriculture. The one from the Chilean company WiseConn is one of the examples.

"In the 15 years that we have been developing telemetry and automation systems linked to irrigation for agriculture, we have detected three major problems that producers have to face," says Tomás Vicente, WiseConn's commercial manager for LATAM. "The first has to do with determining agricultural needs, understanding what the crop needs. For this, weather stations, soil moisture sensors or discrete analysis of trial pits are used to find out when and how much to irrigate. In general, there is a lot of technology available to address this problem, especially in the IoT field."

"The second problem has to do with hydraulic capacity, which is related to automation, pump control, fertilizer injection, backwashing, valve automatisms; a sector in which there are also very well-developed suppliers, especially in Spain and Italy," says Tomás. "The third problem has to do with the water supply in a context of drought; the water that will be used by the hydraulic system and that will meet the needs of the agricultural system." 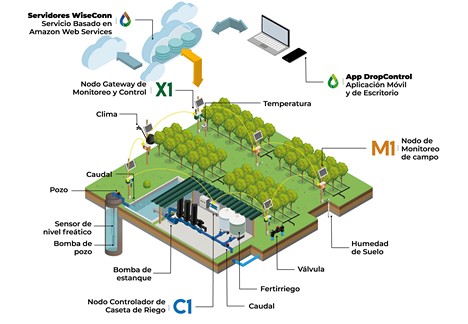 "These three problems are often solved by different systems that are not compatible with each other to respond to every need that arises in the entire process, from the moment the water enters the irrigation system until it leaves, and that is the value offered by our DropControl platform," says the commercial manager. "Our solution aims to solve all the different issues that the producer has to deal with on a farm through a single system."

"DropControl, an end-to-end water management platform"
"For us it is key to understand that in the IoT field there is not going to be a single software that governs all the others; there are going to be thousands. That is why we have chosen to become an open platform, allowing the information collected by our equipment and uploaded to a cloud to be shared or integrated with other solutions," says Tomás. "To this end, we already have 14 integrations with global companies that allow the client to use the information and connect it with their systems."

"We are not pushing customers to work with our sensors. We adapt to the market by making our platform compatible with multiple brands and models. This allows us to stand out from the competition, which forces them to work with their own sensors adapted to their technology," he says. 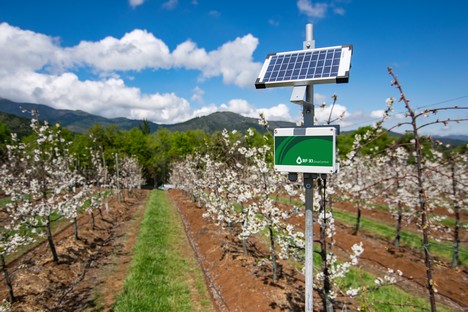 "Moreover, each producer can customize their own system by acquiring additional services, such as production, packing, energy consumption or human resources data services, ensuring that water information is always cross-referenced with them. In fact, that is the goal: to be able to cross-reference indicators and make all the systems converge. And water is our common thread," says Tomás Vicente.

In addition to the automation aspect of DropControl's development, Wiseconn has taken another important factor into account: who consumes the information provided by the platform.

"First of all, the person who will use that information will be the irrigation operator; that is, the orchard manager, who is the person responsible for irrigation control on a day-to-day basis. Our system includes a tool, the mobile application, which was designed for this task," says Wiseconn's commercial manager. "There is also a field administrator or agricultural manager, who defines the strategy with a role based on planning and information analysis. This role is also addressed by our system through the web page, which allows us to retrieve reports, program the pumps or plan the cultivation and irrigation. Lastly, there is another, increasingly notable figure, which are the owners or investment funds," says Tomás.

"In general, such roles entail spatiality problems, since investments are made in different farms and in different crops, and they do not have access to the all the information, because each farm has a different management system. For them to understand what is going on in each one is very important, and our system can take care of that."

"It is precisely the integration with other software and the multidimensionality of access to information that is helping us stand out, and that is what we want to bring to the European market with DropControl."

Internationalization process, starting with Europe
In the 15 years that WiseConn has been offering its agricultural solutions to producers, the company has expanded from Chile to Peru, Mexico, Colombia and Central America and, eventually, to the United States, the most important market for the company today and where it has its largest subsidiary. 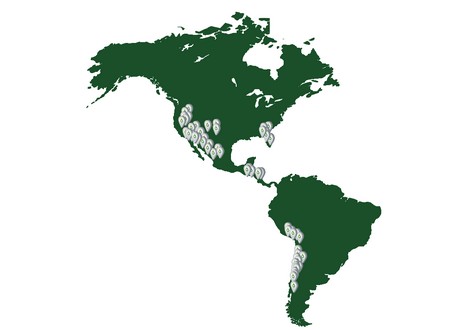 Geographical distribution in the Americas. 1,500 projects in 5 countries.

"We have been in the United States for more than 5 years and have close to 120,000 hectares automated and controlled with our system in California alone," says the professional. "In addition to California, we have implemented our technology in 10 other states, including Hawaii."

"We are in the middle of an internationalization process and the goal for this year is to start prospecting Europe. We are carrying out this plan hand in hand with Corfo, the Corporación de Fomento de la Producción, a Chilean public service that supports entrepreneurship, innovation and competitiveness by strengthening human capital and technological capabilities contributing to Chile's economic development, and we want to thank them for helping us establish ourselves on the continent," says Tomás. "We know that the European market is a very well-developed market, very mature, but precisely because of that we think that it is probably going to be easy and simple for the consumer to understand the uniqueness of our platform."

"Our first pilot projects in Spain will be implemented in the Murcia area," says the sales manager.