Greek fresh produce exporter Mitrosilis will be attending Fruit Attraction in Madrid this year. The company specializes in kiwis and is already in full preparation for the new season. The company targets various markets in the Americas, Europe and Asia.

According to Christos Mitrosilis, CEO of Greek fruit exporter Mitrosilis, the new season for kiwis should be a satisfying one: “Last year, Mitrosilis managed to export 4,500 tons of kiwis so it was definitely a success. This year it’s too early to tell, although we’re hoping for a good season again. In terms of sizes, the kiwis look normal. Currently we’re in the midst of talking with our partners about setting up their programs.” 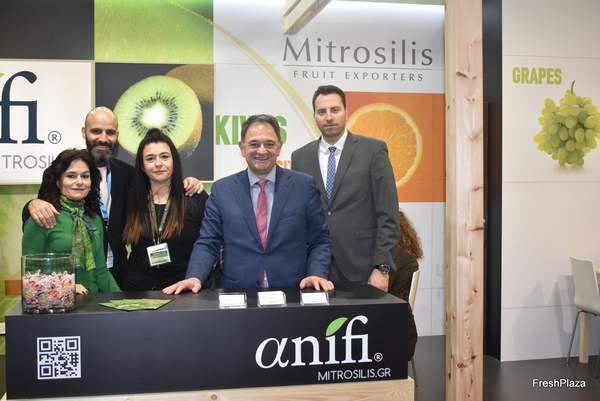 Mitrosilis has a wide variety of markets they target with the kiwis, Mitrosilis explains. “Our kiwis travel the entire world. We have established good collaborations with European supermarkets, but we’ll also split our export volumes to markets in Asia and both North and South America.”

The company will have a stand during Fruit Attraction in Madrid: “We will participate for another year in Fruit Attraction, which is one of the largest international trade fairs for fruits and vegetables. We’re looking forward to have the opportunity to approach and discuss further developments in the markets in which Mitrosilis already operates and at the same time to set the base for new business co-operations. You can find out stand at 10F05A, which is in hall 10.” Mitrosilis concludes.