Sizing looks to be an issue in new crop potatoes from Idaho this season.

Ryan Wahlen of Pleasant Valley Potato in Aberdeen, ID says it’s been in new crop now for just under three weeks. “We started about a week later than normal,” he says. “The heat we experienced this summer just delayed things. We were hoping to get a little bit more size out of the potatoes so we waited a week. But even with that, the size and the yields weren’t there.” 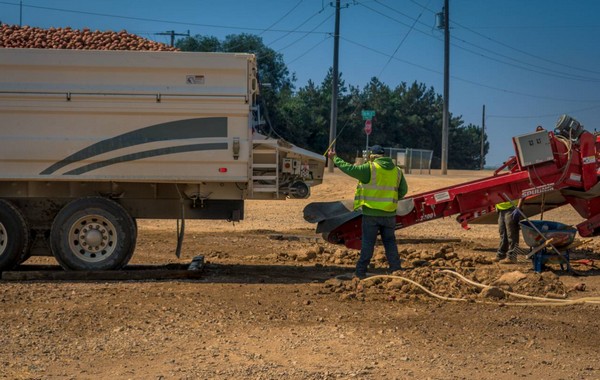 Last month, reports noted that statewide there could be an overall 25-30 percent reduction in tuber count in both Burbank and Norkotah varieties of Russet potatoes. “Things are a little tighter this year and the overall crop is going to be much smaller than it was last year,” says Wahlen. “Our early potatoes were off significantly so we went through those fields much quicker than we anticipated. If the yields are off as much as those early potatoes, then everything should be harvested fairly quickly. We’re hoping for a little closer to normal for finishing--normally we’re done around October 8.”

Heat, smoke and water
Of course, the yields are seeing the effects of summer 2021 which saw significant heat waves, as well as smoke from wildfires. “All the heat and the smoke made it difficult for the plants to get any kind of normal growth,” says Wahlen. And while accessing water wasn’t as much of an issue as it was in states such as California, the heat affected watering plans. “Because it was so hot so early, we couldn’t keep the soil moisture levels where we needed them to be. That is probably one of the biggest factor in why the yields were off,” he says. 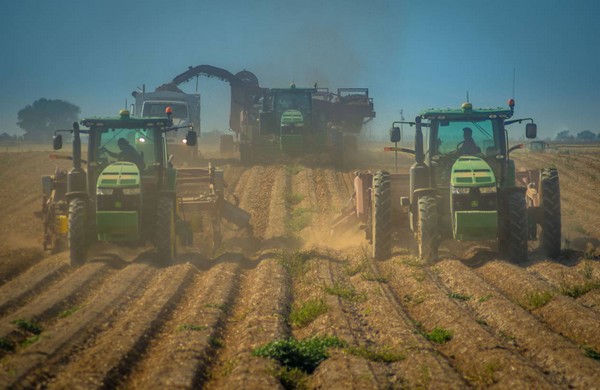 Outside of Idaho, also currently harvesting potatoes are Colorado, Washington as well as some volume from Kansas and Nebraska and some from Texas as well.

Good potato demand
Meanwhile meeting this new crop of potatoes is good demand. “The size is relatively small on these early potatoes so the larger counts, price reflects that. Price for the 40, 50 and 60 count are probably a little bit higher than normal at this time,” Wahlen says. 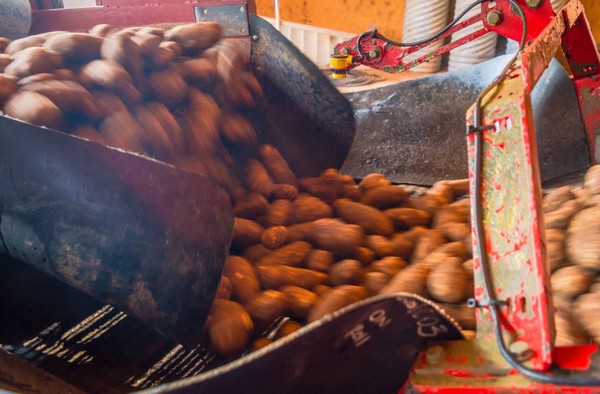 Also making things challenging this harvest season are issues around labor and truck shortages. “Whether it’s restaurants or foodservice distributors or growers or packing houses, everybody’s looking for help. As a result, everyone’s production and delivery capacity is limited,” says Wahlen. “And we’re seeing the truck shortage. It’s more of a factor in the harvest season than it is through the storage season because we’re hesitant to ship early potatoes on rail. The last couple of weeks we’ve especially had a hard time finding trucks. The shortage is pushing rates higher and in areas where we felt like we could, we’ve shipped some rail cars. But you can’t do that with every customer. A lot of them can’t take rail or they’re in areas where the transit time is too great to ship by rail.”