If there is a shortage of drivers, who transports tomatoes from the fields to the industry?

"High temperatures and prolonged drought are just a few aspects of this particular processing tomato campaign. We have to deal with problems related to the lack of transport, higher costs of raw materials and, in terms of production, with the simultaneous ripening of large quantities of tomatoes grown in the area of the Caserta (Campania) region," said Filippo Torrente, head of the family firm of the same name and now in its third generation of entrepreneurs.

Due to the frost in the first week of April, which destroyed the small plants in the Caserta area, transplanting was rescheduled at the same time as in Apulia. In order to avoid to lose too much product in the fields, the industry has increased the processing lines. 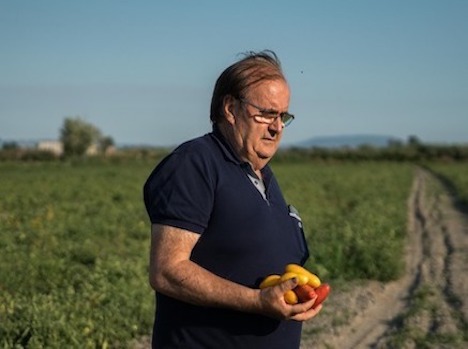 Filippo Torrente founder of the family business of the same name

Torrente is one of the largest food-processing companies in southern Italy, whose brand identifies a wide range of 100% Italian processed tomatoes from southern Italy.

There are about 80 tomato references in various processes and formats, including whole, peeled, pureed and filleted tomatoes and a premium line dedicated to high-end specialities. These references are obtained through the processing of about 60 thousand tons of tomatoes of more than 10 varieties, including red long and round, yellow tomatoes, the San Marzano dell'Agro Sarnese-nocerino DOP, the Pomodorino del Piennolo del Vesuvio, the corbarino, small hilloch tomatoes. 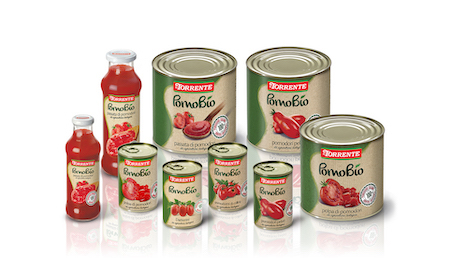 "In terms of production, we have at least 15% more product of excellent quality due to the higher yields and areas invested. If the weather is favorable and with decent temperatures, we can harvest tomatoes until 30 September, which means that - unlike last year - we have sufficient stocks, which will allow us to arrive at the next 2022 campaign with the previous production. At the moment, despite the surplus of raw material, the prices of the previous campaign are confirmed at €/ton 105,00 for the round and €/ton 115,00 for the long. For cherry tomatoes, on the other hand, a price of €/ton 190 has been set, while for organic tomatoes there will be a 40% increase compared to conventional ones."

"Among the critical issues of this controversial commercial campaign are the difficulty in finding skilled and unskilled seasonal labor, even if we are talking about hires with regular contracts and union pay. As a result, personnel and transport costs have also risen, due to the shortage of truck drivers along the logistics chain. Transport is one of the main concerns, as there is a serious shortage of drivers, with the paradox that we have a lot of volumes and little willingness to transport it from the fields to the industry. We are lucky because we have long-standing business relationships, which have remained in contact with our company even during the generational change. Long-term planning and the warehouse reserves have fortunately prevented us from having difficulties in finding cans and capsules for the tomato pack. This is due to the shortage of tinplate and steel on international markets."