Gearing up for Ecuador season

Supplies of dragon fruit out of Florida are on the end of a small gap in supplies.

“We’ve already had the middle of the season and the Florida season will have two or three more big harvests before it’s done,” says Jose Roggiero of Miami, FL-based Freshway Produce, Inc.

The Florida season on red and white dragon fruit goes until October. “We expect this week to have a good harvest,” says Roggiero. “Not every farm harvests at the same time so we can stretch it out by two to three weeks.” He adds that after this, the next Florida harvest will be towards the end of September.

Sizing on the fruit are predominantly 12s, 14s and 16s for a 10 lb. box. “The quality has been very, very nice this year. It’s related to the weather--there have been rains but not severe weather and no major hurricanes,” says Roggiero.

Meanwhile Freshway Produce is also gearing up for its imported dragon fruit season starting with yellow fruit which won’t arrive until early October. “There’s a very nice harvest coming out of Palora, Ecuador,” says Roggiero. “The latest reports have the fruit sizing up nicely and the quality is good and we should expect good production for October-November. It’s starting right on schedule.” 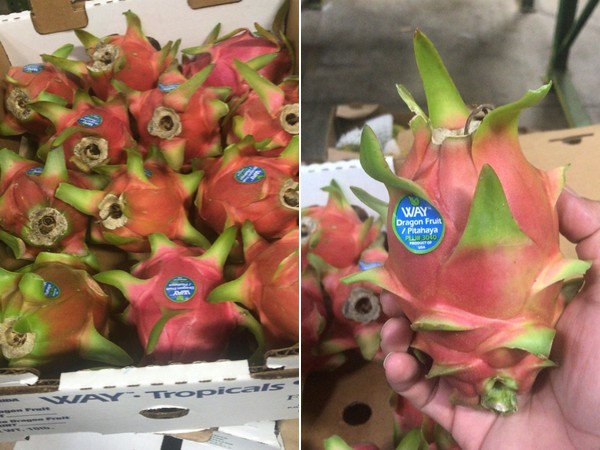 The Ecuador season
Ecuador has three to four harvests on yellow dragon fruit with the first in October-November. After that, harvests are December-January, February-April and then June-July.

It’s also getting ready for its white dragon fruit season from Ecuador. The season should start late November to mid-December and goes until April-early May. “This year, retailers should consider promoting yellow dragon fruit for the upcoming holidays, in particular for fall holidays like Thanksgiving,” he says.

Back to domestic supplies, demand has been good for dragon fruit and Roggiero notes Freshway is focusing mostly on program business. “We see a constant, growing demand for better-tasting fruit and it’s something we’ve really taken into consideration. We’re reviewing each stage of the fruit, the Brix levels and more to give the consumer the best eating experience,” he says.

As for pricing, Roggiero says it’s a healthier market this year compared to last year. “Prices are in the mid-$20s which is normal for Florida fruit. Larger sizes are selling in the upper $20s,” he says. “Last year there was a lot of bad fruit out there and that created a strong #2 market. This year we’re seeing a healthier #1 market.”