Storing potatoes, disease-free and for longer without using chemical agents or germination inhibitors. That is what the Humigator does. This American-made machine is available in Europe for the second year. Initial results are very promising. 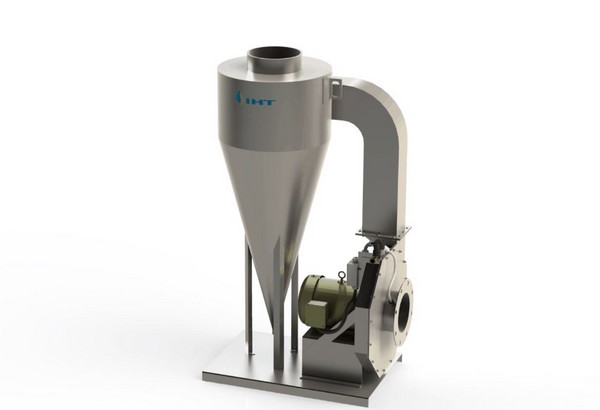 Jef Viaene is the European market’s Humigator DFS dealer. He's a contractor and property developer by trade. He manages a building in the American state of Idaho - the potato state. It houses a shopping center and various office areas. "I go there regularly," Jef begins.

"It’s interesting to get to know the people who run businesses from the building. That's how I met Blake Isaac. He and his father, Garry, designed the Humigator. This patented potato storage machine became successful in Idaho in just five years. I was interested in learning more about that."

Disease-free, extended storage
To learn more about the Humigator and its performance in the field, Jef visited various potato growers in Idaho. "You can’t compare the weather there to Europe, of course. It’s very dry, which results in a lot of weight loss. But I‘ve seen and heard what a difference this machine can make," he says.

"Diseases like black spot, silver scurf, and fungus also plague American potato farmers. They're restricted in the area of pesticide use too. Blake and Garry don't have the resources to market the Humigator worldwide. So I'm happy to help them. I’m delighted to bring such a great product to Europe. I’m also convinced this machine can contribute to a better, sustainable world for everyone."

The Humigator is, simply put, an air purifier. It cleans a storage area’s air by humidifying and disinfecting it. The Humigator uses only water and UV for this. Chemicals and germicides are unnecessary. "It allows for disease-free, extended potato storage," Jef continues.

"And, not unimportantly, up to ten percent higher yields. That’s because it maintains the storage shed’s humidity level. The air the Humigator expels has a 95-98% humidity level. This is combined with stable temperature, which the machine also ensures. That results in minimal germination and weight loss. Using the Humigator can lengthen storage to as much as ten months." 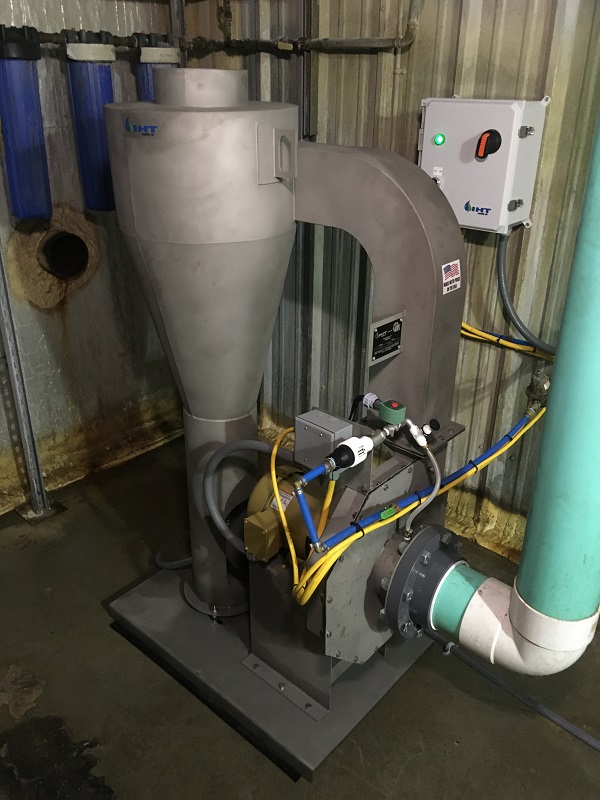 Space must be sealed tight
The Humigator purifies all the air in the storage area every three hours. It does this by extracting the air and mixing it with atomized water. Pressure changes move the water particles at high speed. And this captures all airborne pathogens. It separates the dirty water from the cleaned air. It then discharges the water. The clean, moist air is then blown back into the storage shed.

"This system continuously removes bacteria, viruses, and fungi from the air. Germs cannot keep growing. However, it’s crucial that the storage room is and remains completely closed. Also good to know - the Humigator can’t cure potatoes that were diseased when they were grubbed and brought into storage," Viaene points out.

For its launch across the ocean, the Humigator was adapted to meet European standards. Blake is an engineer. He traveled to Europe several times to fine-tune the machine. "The climate is different to Idaho’s. And farmers grow different varieties. However, the intended result is no different."

"Growers want to deliver products of the highest quality. That’s for as long as possible with as little weight as possible," Jef adds. The Humigator is not only suited for use in potato stores. You can use it for other crops too. Especially those that are affected by mold and bacteria during long-term storage. To this end, Jef is presently in contact with beet and onion producers in France.

Various Dutch, Belgian, and German potato companies are currently testing this machine. According to Jef, the initial results look very promising. The Humigator destroys, on average, 80% of the airborne fungi and bacteria. "When this machine is used correctly, it proves its value. We recently received a nice report from our German customer, of which we’re extremely proud. There, potatoes being stored using the Humigator had 80% better results."

"That was compared to those in a space not using the machine. Sometimes this machine doesn’t give the required results. That happens when farmers don't seal storage sheds tightly or where there’s air movement. So, it's vital that the area remain closed. Only then can the Humigator provide the potatoes with the best possible air in the space. After all, an air conditioner doesn't work if you leave the door open," concludes Jef dryly.