Mango supplies from Mexico are ample currently though there are some quality issues.

“There are a lot of mangoes--we are bringing around two loads per day. But on quality, the fruit is firm but it’s a little bit stained,” says Mario Cisneros of Santis Produce based in McAllen, TX. 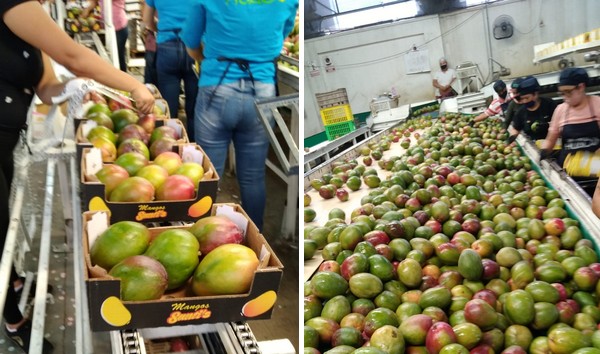 He notes that the weather is behind the quality issues, more notably the inconsistency of it, especially when it comes to rain. While Santis Produce generally brings in supplies from Michoacán, it just moved to sourcing from Sinaloa where it will be in production for another month. (Santis Produce is also looking at expanding its mango sourcing to countries such as Brazil to create a year-round program.)

The mango varieties Santis Produce is bringing in are Tommy Atkins, Kents and Keitts and Cisneros notes it has mostly been receiving larger sizes, 6s and 7s. “The volume is mostly on 8s and 9s but there’s a steady supply of 6s and 7s as well,” Cisneros says. “Last year we stopped bringing in 10s and 12s but this year we’re bringing in a few 10s and they’re actually moving pretty quickly.”

Volume up over 2020
Overall, Cisneros says there is slightly more volume than this time last year. “Last year we weren’t handling as much and this year it’s been really busy with mangoes,” he says. 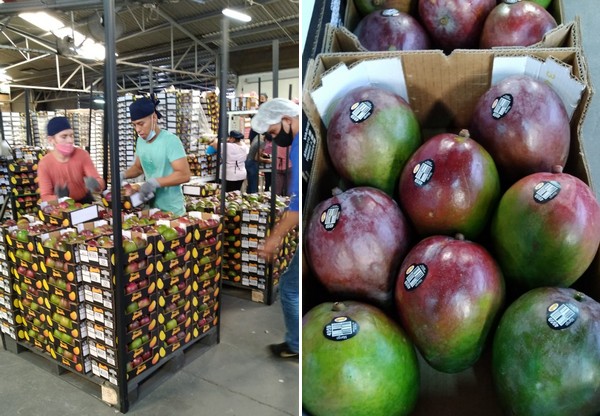 Meanwhile demand is good for the fruit. “But it’s slowed down because prices went up a little bit--.25 to .50 cents a week ago. Everyone’s waiting to see if they drop a little bit but I think they’ll stay like that for the rest of the summer,” Cisneros says. “I believe it’s because there’s a lot of bad quality so everyone’s looking for the cleaner fruit and clean fruit is hard to find right now.”