Borettana onion season starts with a smaller harvest, but prices are encouraging

"We are now in the middle of harvesting the Borettana onion, which is grown mainly in the northern Italian provinces of Piacenza, Parma and Reggio Emilia. We are 10 days later compared to a normal year; we even have almost an overlap with the shallots. The onions will be harvested until the beginning of August," said Matteo Freddi.

The first data show that the harvest is not as big as in a normal year. This is probably due to the high temperatures combined with a lack of rain. 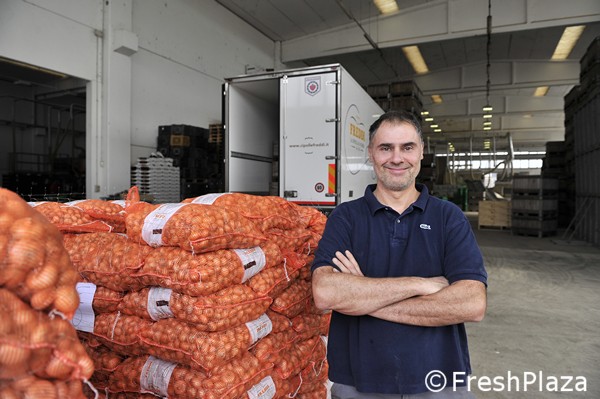 "The Borettana onion has an average waste of 30-45% during processing. Weight loss, undersized onions, a small percentage of soil and dirt must be taken into account, all of which lead to a significant loss of net weight compared to the harvest," explained Freddi.

Sales have already started, and the first prices are encouraging. "The first round went well, but now there is a slight drop. Most of the sales are in Italy, but we also have connections in the Netherlands and Great Britain where we have already sent the first batches."

"I used to pay about €250.00 each for wooden crates. Now they have gone up to €350.00 each. I have told my supplier that I will buy them once the prices are back to a more reasonable rate."