After the floods: devastation, mud and shock

Devastating images of totally destroyed towns, country roads and bridges have been circulating in the media since Thursday, July 15. Since Tuesday, an area of heavy rain brought enormous amounts of precipitation, especially to the west of North Rhine-Westphalia and Rhineland-Palatinate. Streams and smaller rivers developed into torrents in just a few hours and even dams of individual reservoirs threatened to break, and a dam break near Heinsberg has already occurred. Gartenbau-Versicherung reported on the damages as well. 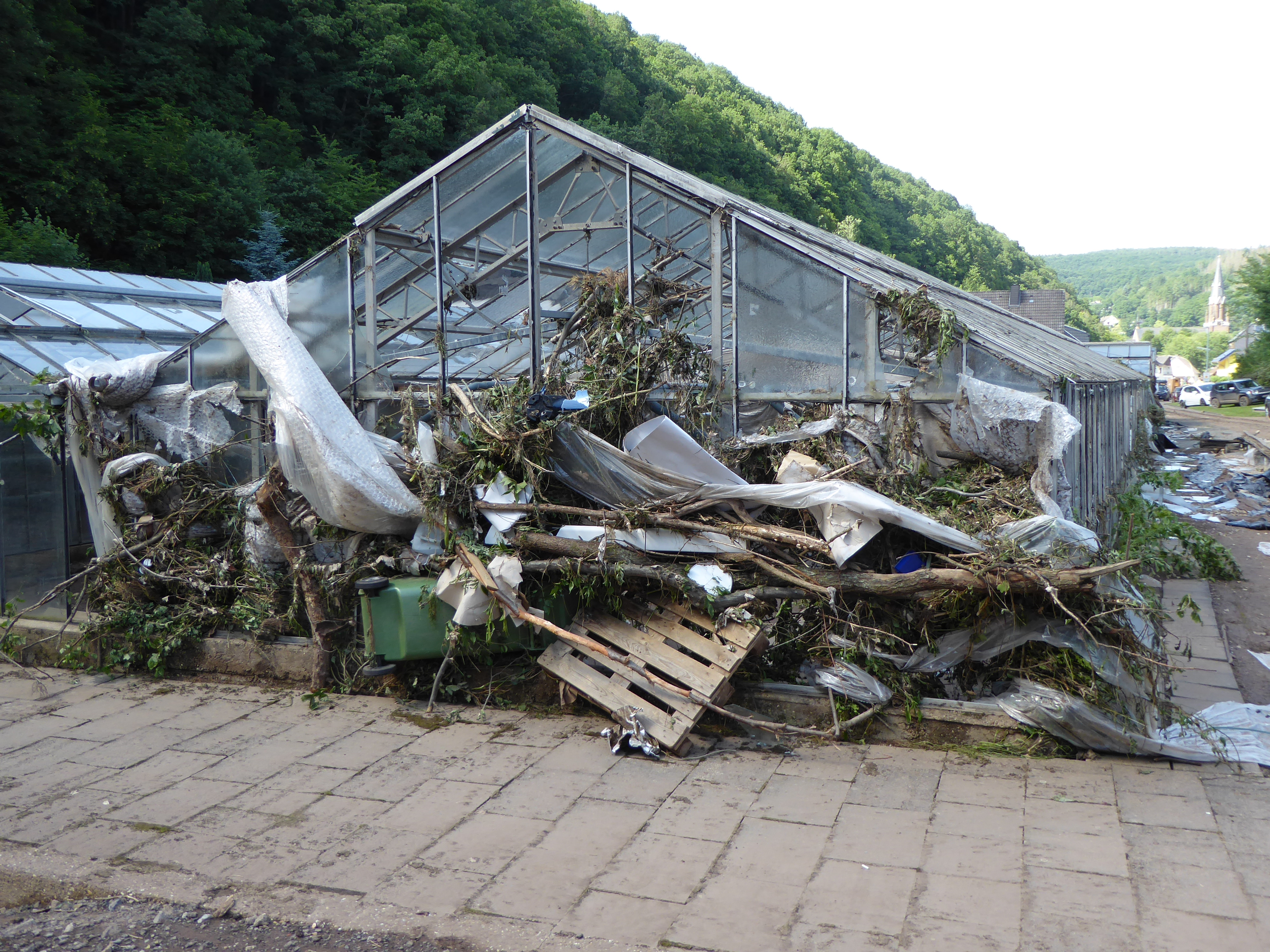 Sporadic massive damage, including in horticulture
Gartenbau-Versicherung immediately got a picture of the situation. According to their report, massive damages are occurring in the general area. "The situation is catastrophic - but horticulture is not affected across the board," says Manfred Klunke, chairman of the board of Gartenbau-Versicherung, who visited the most heavily damaged farms over the weekend. "We are dealing with individual farms that have suffered massive damage from the floods. Based on current information, that number is likely to be three farms. We stand with the affected families and businesses and feel for them."

The rapid rise in water levels caused a wave to submerge nurseries located in the valleys by up to 3 meters. What was left behind was chaos and a layer of mud up to 20 cm high. In order to help the farms as quickly as possible, Gartenbau-Versicherung made the first advance payments on the day of the inspection.

At another estimated 50 farms, the heavy rainfall caused damage in more manageable ranges, such as flooded cellars and areas that were temporarily under water. 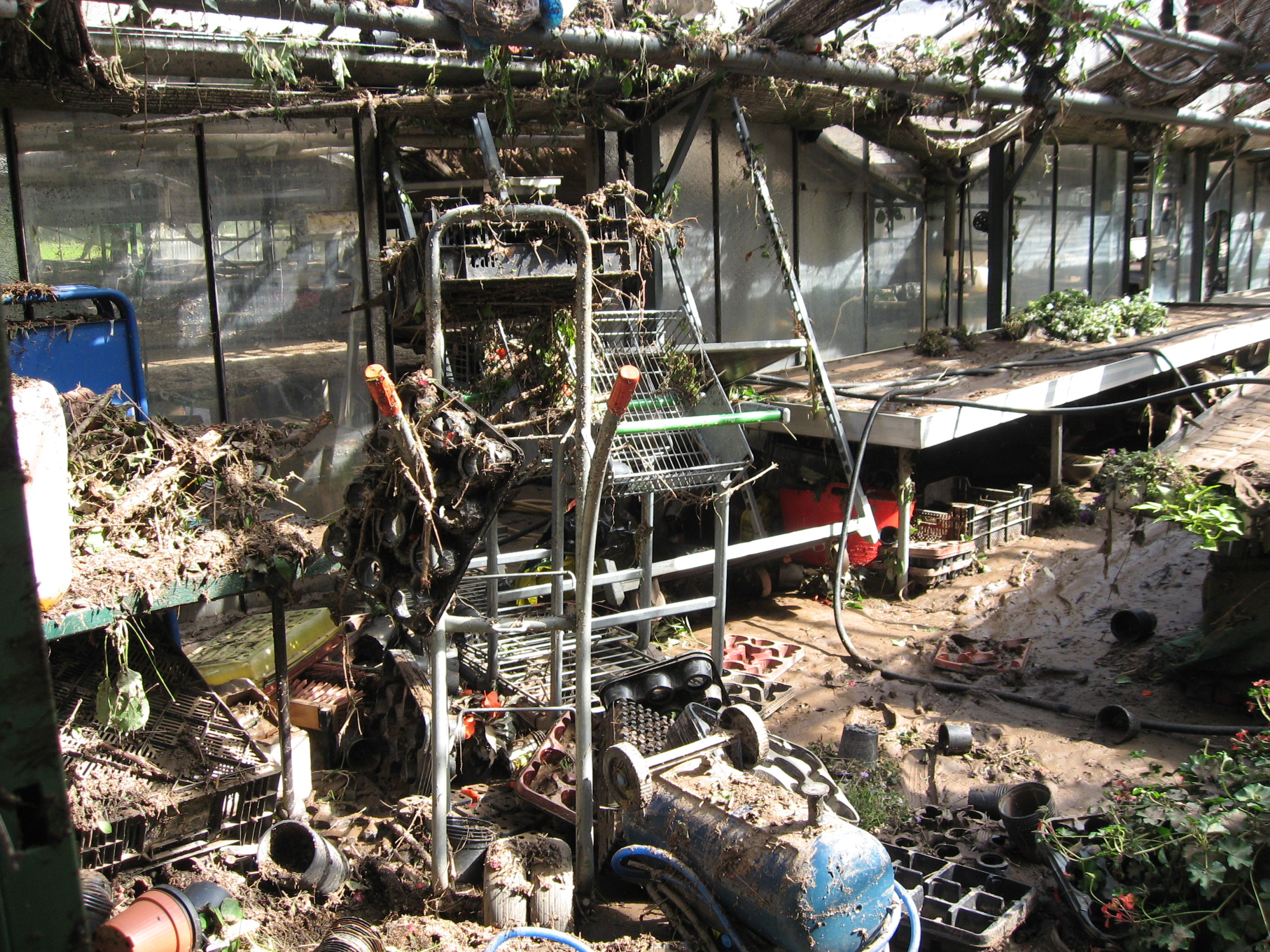