Giel Hermans: “That it happened in the middle of summer is most bizarre”

"Unbelievable; I've experienced a lot, but this was so strange," says Giel Hermans. He grows sweet corn in Kessel, the Netherlands. That was his reaction to the severe weather that hit the Dutch province of Limburg in recent days. He lost 15 hectares of maize. "That's now been underwater for more than 48 hours. It's completely ruined." But, Giel says he can count his blessings. "Fellow farmers in the area, but especially in Belgium and Germany, are much worse off."

The grower says there are vast local differences. "I live three kilometers from the Meuse River, and it's sunny and dry. But two kilometers away, a fellow farmer's up to his waist in water." The farmer Giel's referring to lost his entire crop. He has 53 hectares of vegetables, potatoes, and onions. "Yet another grower in the region lost 40 hectares. Then you're simply done for the year."

"We're in the country's lower-lying areas. So you know there's a risk of one-off flooding. In the winter, that's not even a problem. But the bizarre thing is - this happened in the middle of summer. That's a huge problem. We were incredibly lucky. The water stopped two centimeters below the grass dike. The flow was calm too. Although, all the floodplains were submerged." 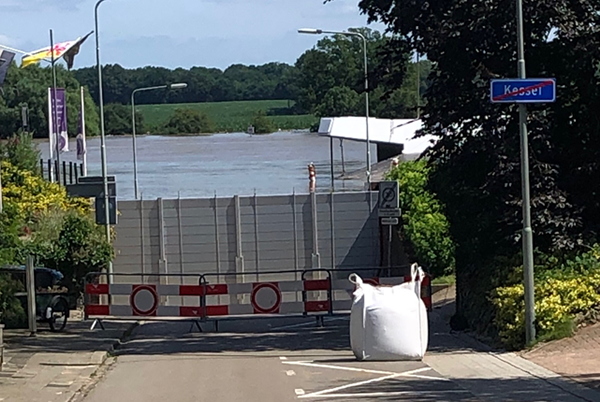 "It was generally disastrous for the severely affected growers. And it left massive damage in its wake. The Meuse River is full of debris. From porta-potties to caravans and live cows. You can't make this stuff up."

Hermans' affected cornfield is located in the best clay soil. "We grow late-season corn there. Now we're done two weeks earlier. I immediately told our suppliers in Spain to start sowing. We usually start there in mid-October. If we can start on October 1st with the Spanish corn, we can overlap the season," Giel concludes. 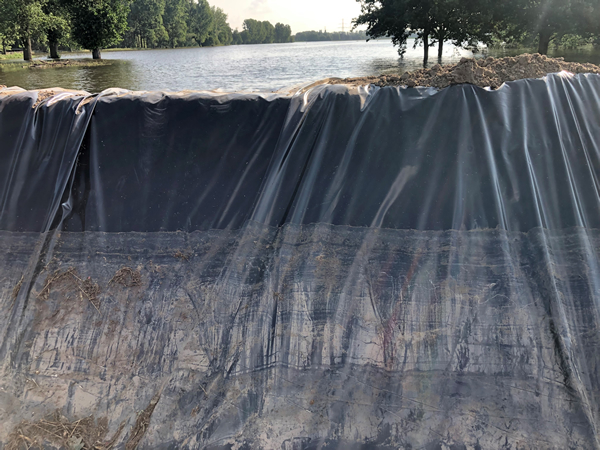 The corn on this plot has disappeared under the water.