Another 40,000 hectares of chestnut groves needed in Europe

During an important event on chestnut cultivation held in Mazeyrolles (Perigord region, France) on July 3rd, 2021, it was discussed how 40,000 hectares of new chestnut groves would be needed to prevent an increase in the imports of chestnuts from extra-European countries, especially Turkey and China. Although chestnut production has dropped in France, it still remains an important part of the economy in mountain territories. 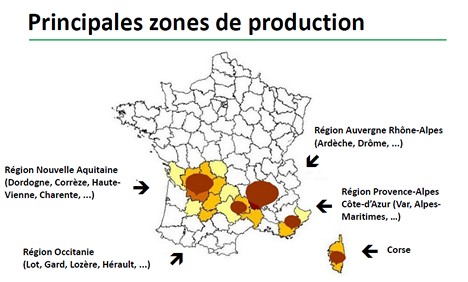 Thanks to new investments, there have been over 1,000 hectares of new groves (especially in Nouvelle-Aquitaine) which have brought the overall cultivated areas in France to 8,500 ha, producing approximately 8,500 tons in 2020 (source: franceagrimer).

Luciano Trentini from Centro di Studio e Documentazione sul Castagno (CSDC) and part of the Eurocastanea council, a network created to support and promote the European production of Castanea sativa, was invited to the event.

The event included a seminar followed by guided tours of the stalls, presentations organized by exhibitors and technical field visits. 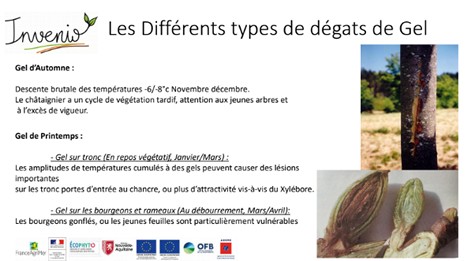 The seminar focused on production problems and product promotion. In particular, speaker Mathieu Mouravy from Invenio talked about climate change and the damage to production caused by frost in winter, March and April.

The convention continued with a report by professor Caterine Verret from the University of Bordeaux, who discussed the benefits of eating chestnuts and the new methods currently being studied to preserve the fruits. Jean Luc Bellat then illustrated European production focusing on Spain and Portugal, which have invested a lot on new groves that can be mechanized and irrigated.

The speaker stressed the need to plant at least 40,000 new hectares in Europe, as highlighted multiple times by Eurocastanea, to avoid the increase in imports from extra-European countries such as Turkey and China. The new groves are especially necessary to deal with the increasing needs of the processing industry.

A round table followed, which discussed how French chestnut producers still aim at commercializing good part of their production of fresh and processed chestnuts via the short supply chain (max. 1 passage from producer to consumer), selling them directly in specialized shops managed by the producers themselves. It is a way to put producers in close contact with consumers. 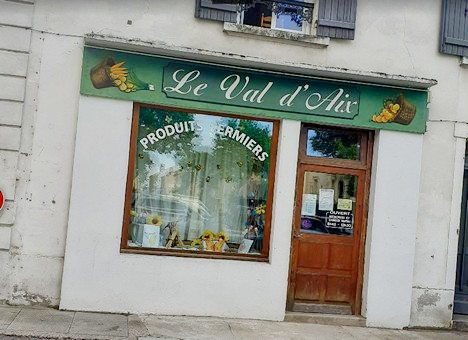 A shop managed by local producers

During the day, the many producers who attended had the chance to visit the stalls of companies showcasing technical means, fertilizers, products for organic control, drones with disease-detection methods, chestnut preservation systems, grove cleaning equipment, nets and fruit-harvesting machines. Once again, Facma attended with numerous models of self-propelled harvesters.

These new chestnut groves have been planted in France since the 1980s with the purpose of increasing chestnut production. They are mainly placed between 300 and 700/800 meters asl and are characterized by well-defined layouts (10x10 or 8x8 or 10x8) and pruned to maintain a reduced size thus avoiding plant competition. Cleaning operations are performed mechanically and irrigation systems, mainly sprinklers, are installed to reduce the risk of drought. 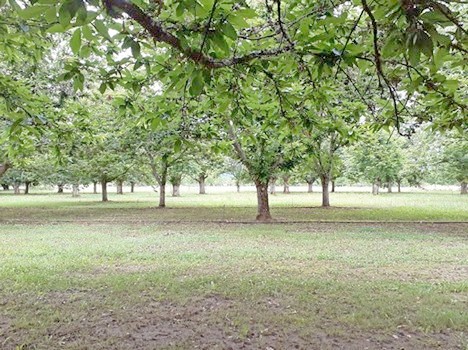 Irrigation leads to a significantly increased chestnut production as well as a good production of mushrooms, which can integrate the income of producers.

The event was the occasion for Luciano Trentini, who represents CSDC in Progetto Castagna, to take part in the project that sees the Center participating as a partner together with: Union Chataigne-Francia, Arge-Austria, FundationCastilla y Leon-Spagna, and Coopenela-Portogallo. 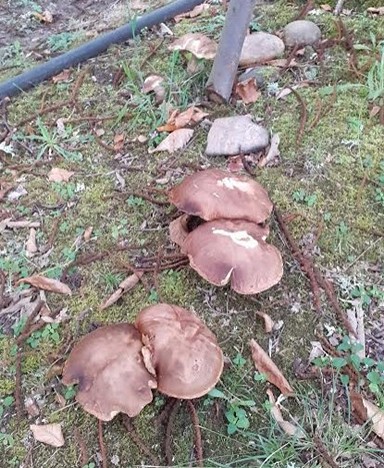 The project is managed by AANA - France and is part of an ERASMUS+ project that has the main objective of creating a program of training exchanged between operators working on a European level to strengthen a sector that is considered to be in difficulty but which boasts plenty of opportunities.

"I am certain that, in the future, Italian chestnut cultivation can implement a swift modernization process thanks to new groves located in suitable mountain areas that can work alongside traditional chestnut cultivation that is often hindered by constraints and bureaucratic difficulties," reports Trentini.

"Involving the younger generations will be essential for the development of the sector. They need to operate with simple rules, be motivated and suitably trained. CSDC – Centro di Studio e Documentazione sul Castagno is ready to contribute."