Citrus exporter: "There's a strong possibility we could suspend packing"

Operations at the port of Durban and its associated cold stores have been severely affected today as KwaZulu-Natal is plunged into anarchy since the arrest of former president Jacob Zuma. Transnet Port Terminals has closed all Durban terminals until tomorrow.

The army has just been deployed in KwaZulu-Natal and Gauteng as South Africans share videos of shopping malls in flames, forklift-driving looters with furniture and flatscreen TVs, tyres and batteries stolen off cars in auto dealer showrooms. There is even a video showing children pushing a store's entire ice cream freezer home. 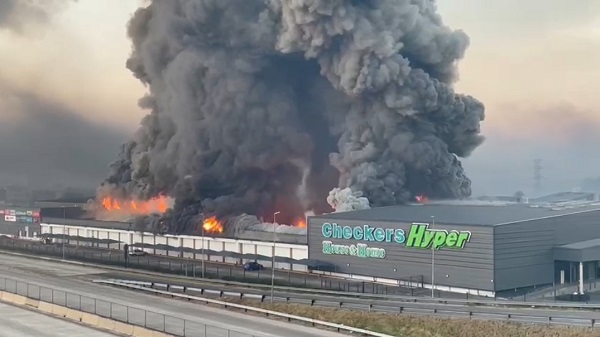 Dozens of trucks have been burned out, including reports of refrigerated trucks carrying citrus, and parts of the N3, the main highway that connects Durban with Limpopo and Mpumalanga, have been closed. Industry organisation AgriSA estimates the value of the citrus transported weekly to the Durban harbour at approximately R592 million (almost 35 million euros).

Truck drivers have pulled off, waiting out the situation if they're lucky. A Limpopo citrus grower tells FreshPlaza: "The entire port has been blocked out. Nobody's loading, trucks are standing at depots and truck drivers fear for their lives. We are at this moment busy trying to make plans to get our truck drivers to safety  - and the protests are 100m away."

Another says: "We're carefully watching the situation but there's a strong possibility we could suspend packing."

Maersk South Africa states: "The unrest experienced on the N3 has indirectly impacted our operations as a safety precaution for our employees we have chosen to close our trucking, cold store and depot operations in Durban for today (12th July). In terms of our ocean schedules currently these have not yet been impacted as the port is still operational. However we continue to assess the situation so that we can resume operations as soon as it is safe to."

The police have acknowledged that they are overstretched to contain the chaos. In some KZN neighbourhoods like Amanzimtoti and Verulam armed residents have started shooting at nearing crowds.

At the moment it seems to be isolated to the east and centre of the country, not affecting the Western and Eastern Cape. 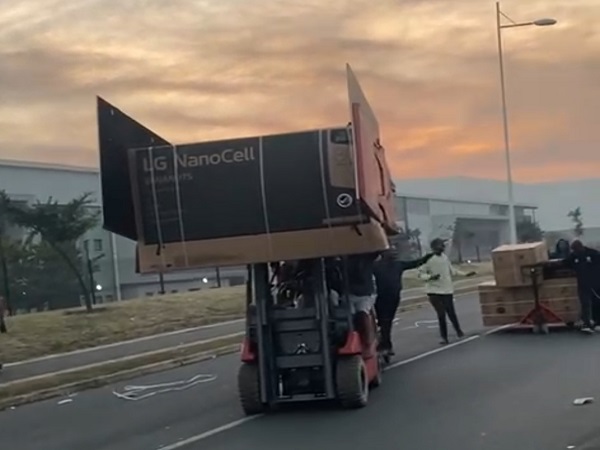 A freight forwarder working in Durban harbour, who turned back home this morning, tells of hearing gunshots as well as sabotage of water infrastructure apparently as part of a campaign to leave the whole of metropolitan KwaZulu-Natal without water by the end of the day.

In Gauteng protests and incidents of violence broke out first in the city centre of Johannesburg, then on the East Rand and now on the West Rand. The latest reports say it has spread to Mafikeng in North West Province.

Over 200 people have been arrested in KwaZulu-Natal and over 40 in Gauteng for looting, arson and public violence in which at least six have died.

12/07/2021#RIOTS #SAShutdown KwaZulu-Natal capital city, Pietetmaritzburg is on fire. One of the new malls, Brookside Mall has been set alight & is being looted. Violent protests continue across the province & country. pic.twitter.com/15s422lyED

President Cyril Ramaphosa last night condemned ethnic nationalism but has been criticised for a lack of urgency.

The protests are ostensibly in response to the imprisonment of former president Jacob Zuma; some members of the African National Congress in KwaZulu-Natal have started suggesting that Zuma's release will resolve the current crisis. 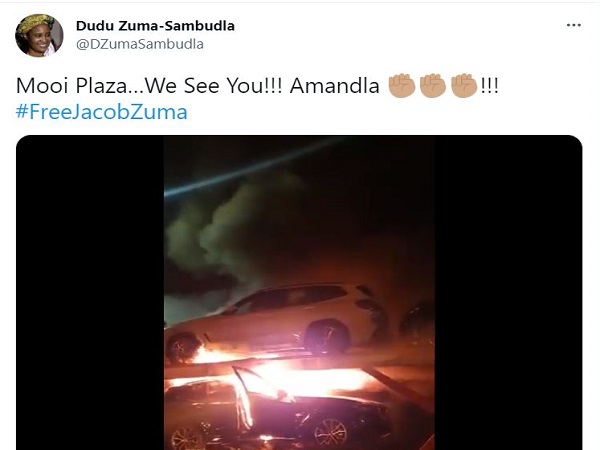 Tweet by Jacob Zuma's daughter, who also posted a video showing shots being fired at an ANC election poster bearing the face of president Cyril Ramaphosa. 'Amandla' is a classic rallying cry of the anti-apartheid struggle, meaning 'power' (to the people)

Poverty and inequality researchers have pointed to South Africa's acute problems of poverty and, especially since the Covid pandemic, even starvation among the poorest members of society as an explanation for the widespread looting and nihilism.

"There's not one shopping centre in Durban that hasn't been attacked," a freight forwarder, resident in Hillcrest, says. "We're very worried about what's going to happen when the looting finishes and when there's no more food available." 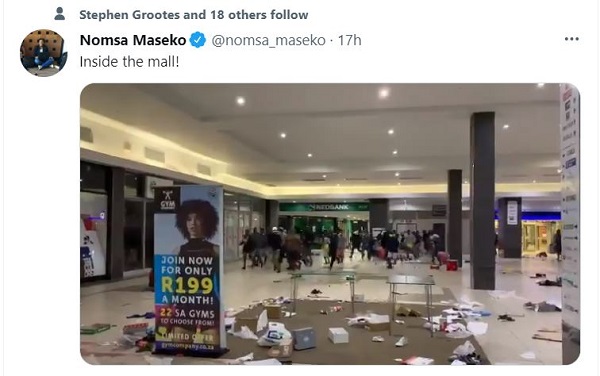 Exactly one year ago some Limpopo citrus packhouses were also suspending operations because of xenophobic attacks on truck drivers.