“We’re hoping for a much steadier fig season this year”

The Turkish fig season has recently kicked off. One exporter states the weather has been a lot better for the various regions than it was last year. Volumes will be similar, but sizes will be slightly smaller overall. Now that the vaccinations for Covid-19 are becoming widespread, the hopes are this fig season will be a lot more stable than it was in 2020.

Coskun Eren, head of marketing for Turkish produce exporter Eren Tarim states that the varieties of figs from Turkey will come in several stages: “The Turkish fig season is just starting now. We will have pallet-based volumes in three to four days from now from the Mersin-Tarsus region.

"Our first variety is "Tarsus Karası" or "Tarsus Black", it is a black fig with a slightly elongated long shape. Full truck volumes can be hard to achieve in this early region, we usually close these big-sized deals around February. After that, we have the Aydın region figs. This region's figs are more like the "Bursa Black" variety compared to "Tarsus Karası" and truck-based volumes will be achievable at the beginning of August.

"Lastly, we will have the renowned Bursa figs with the "Bursa Black" variety, the best all-around variety for Turkey, and perhaps the world. (Based on personal preference of course). Bursa will have truck-based volumes on the first week of the season as it is the biggest region and volumes increase fast.” 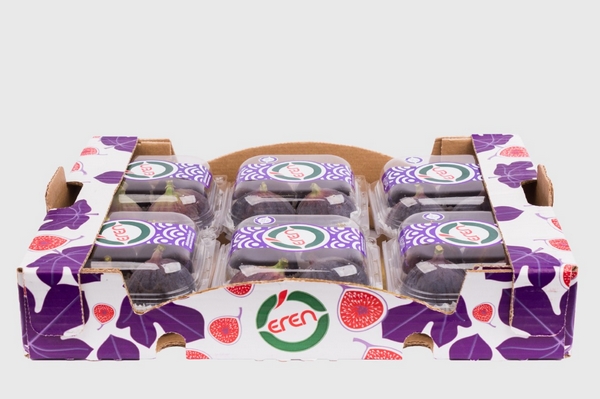 The weather hasn’t been all that challenging this year compared to the previous season. Eren states sizes will be slightly smaller overall, though. “The weather has been on the better side all around for all the regions, albeit, it is still early to tell anything for the Bursa region. Mersin-Tarsus was quite okay until last week. We had a big heatwave and some dropping was observed on the trees, though this isn’t something to worry about, as it happens every year. This year it actually happened later than anticipated. A slightly smaller size will be observed, around 20-22-25 as the majority in 1.5 KG tray boxes, with a small percentage of 16 and 18. For the Aydin region; the rains helped the crop to be on the healthy side, quality and sizing are looking to be better than last year. A slightly bigger sizing compared to last year will be observed, 18-20-22 as the majority (in 1.5 KG tray boxes) with a smaller percentage of 16 and 18 sizings are expected. For the Bursa region, it is still too early to tell. The weather in early August will determine the last outcome. Quality is looking to be OK overall in all the regions so far.”

According to Eren the volumes should be comparable to the quantities that were available last year. The season itself however, should be a lot more stable than it was in 2020: “Volumes are overall the same for Mersin-Tarsus and Aydın regions compared to last year. The Bursa volumes will be determined in the next 20-25 days. Demand is higher than it was last year. We hope that we are past the worst of the COVID-19 crisis. With vaccinations becoming widespread, everyone is hoping for a stable season this year. This is showing in the demand as well, companies are already making deals on the tree to get allocations for their first orders, we are doing the same as well.” 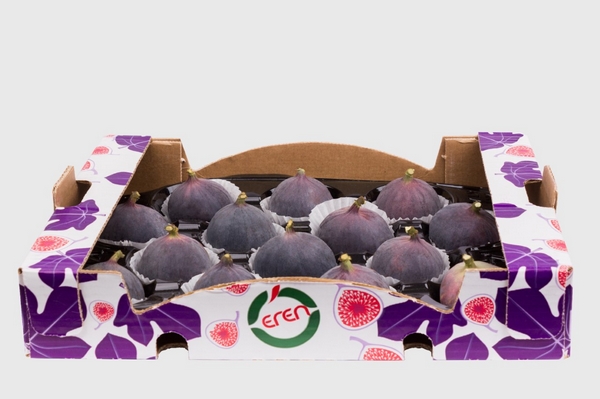 “Last year was a big disappointment, with the COVID-19 lockdowns, global logistical problems, uncertainty and fear... It was a mess back then. You couldn't commit, as your customers were understandably reluctant to order steady shipments in that kind of environment. We’re hoping for a much steadier season this year and are forming our longer-term programs at the present. We usually operate with retail chains for programs, have no issues with MRL values, and have the necessary certifications as well. We welcome all companies who would want to have Turkish Figs to work with Eren this season.” Eren concludes.