The three leading commercial vehicle manufacturers, Daimler Truck, the TRATON GROUP and the Volvo Group have signed a memorandum of understanding on the development and operation of a public high-performance charging network for battery-electric heavy-duty long-haul trucks and coaches in Europe. In doing so, the parties will pursue the goal of initiating and significantly accelerating the development of a publicly accessible charging infrastructure. In doing so, they want to strengthen customer confidence in electrification on the one hand and make a clear contribution to climate-neutral transportation in the EU on the other. 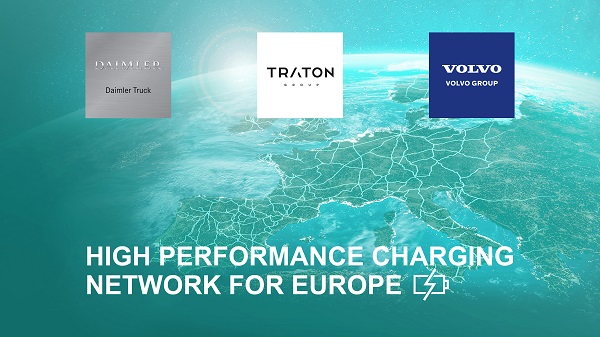 The agreement is the basis for the establishment of a future joint venture to be held equally by each of the three parties. The joint venture is scheduled to begin operations in 2022. The parties initially plan to invest a combined €500 million to establish at least 1,700 high-capacity charging points within five years of the joint venture's establishment near highways and at logistics hubs and unloading points. The charging points are to be powered by green electricity. Additional partners and public subsidies are to help significantly increase the number of charging points in the future. The planned joint venture is to be based in Amsterdam in the Netherlands and operate independently. It will be able to build on the extensive experience and knowledge of the founding companies in the heavy truck sector.

With the future joint venture, the parties want to pave the way for the implementation of the European Union's Green Deal for climate-neutral freight transport by 2050: on the one hand, by providing the necessary infrastructure, and on the other hand, by focusing on green electricity at the charging points. Daimler Truck, the TRATON GROUP and the Volvo Group are addressing the urgent need to build a high-capacity charging network with their joint project to support truck fleet operators in the transition to CO2-neutral transport solutions - especially in heavy-duty long-distance transport. A high-performance charging infrastructure for long-distance transport represents an economically viable way to significantly reduce CO2 emissions in a short time. 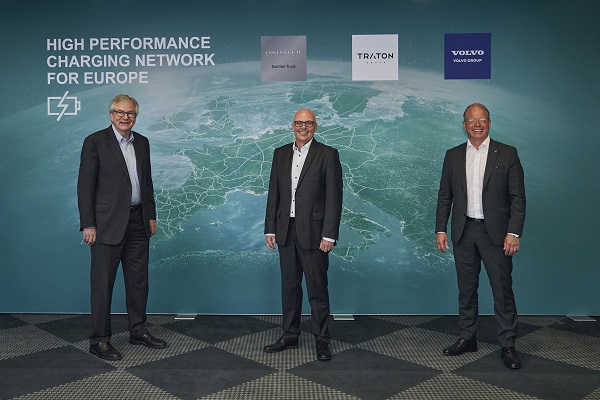