South Bay robotics startup Traptic has announced some major progress. For starters, it began commercial deployment of its strawberry-picking mobile robot early this month. Blazer-Wilkinson, a large US strawberry producer, began to deploy the technology in June, and the system is working in tandem with human pickers.

Even prior to COVID-19, US labor shortages have resulted in tremendous waste. According to Traptic’s figures, roughly 10% of US strawberries rot in the field, unpicked, resulting in up to $300 million in waste annually. During the pandemic, there was an even larger crunch, as H-2A workers suffered from restricted travel. 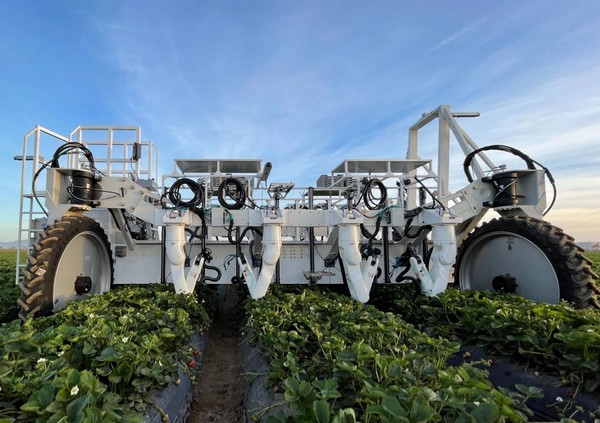 Traptic has been able to accelerate its operation thanks to an unannounced $5 million Series A from Collaborative Fund, Homebrew Ventures and K9 Ventures that arrived in late-2019. “We used the recent funding to run a successful pilot,” cofounder and CEO Lewis Anderson tells TechCrunch. “To design and build our commercial-scale machine, and start our first paid deployment.” The latest round followed an early-stage $3 million raised in 2017 and $400K the year prior. The company has raised $8.4 million in total.

Traptic’s system combines 3D cameras and AI vision with robotic arms capable of plucking the fragile fruit without damaging it.