“It doesn’t matter what crop it is--we’re seeing the stress whether it’s corn or onions. Especially in onions that are furrow-irrigated onions,” says Myers. He notes that onions don’t perform above 92 degrees. After that, they are either holding their own or “going backwards” meaning they can’t absorb enough water. “They’re evaporating more than they’re absorbing,” says Myers. 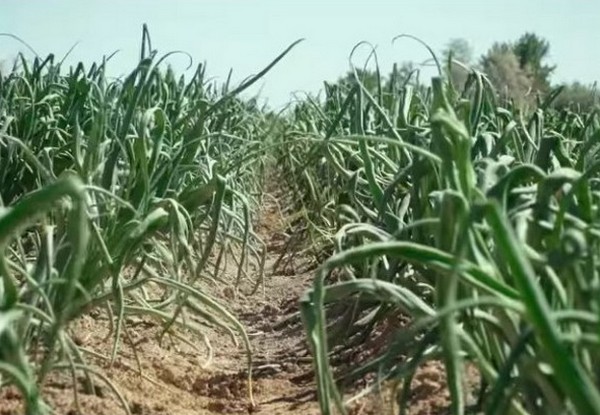 Crop stress
It’s not hard to visually see the stress on the crops. “I was driving our fields Tuesday and you could see corn wilting and drying. When you have high temperatures, you can see the stress pretty quickly,” he says. Certain crops though are thriving in this heat such as sweet potatoes. “But for most crops we’re growing, this is a negative impact,” says Myers, adding that the heat will reduce yields.

Water shortage
To contend with the heat, the short-term plan is conserving water. “With the drought going on, there’s no extra water. In this area, some will be out of water within the next three weeks which is unprecedented,” says Myers, noting his farms will have water through to the end of August. “We’re consuming water at a higher rate than we planned to do and when that water is out, it’s out,” says Myers.

While these are the immediate problems, critical concerns lie ahead for next season. “We have no water left in our reservoirs. If this happens again next year, we wouldn’t even be able to plant. It’s what weighs on the back of your mind,” says Myers. 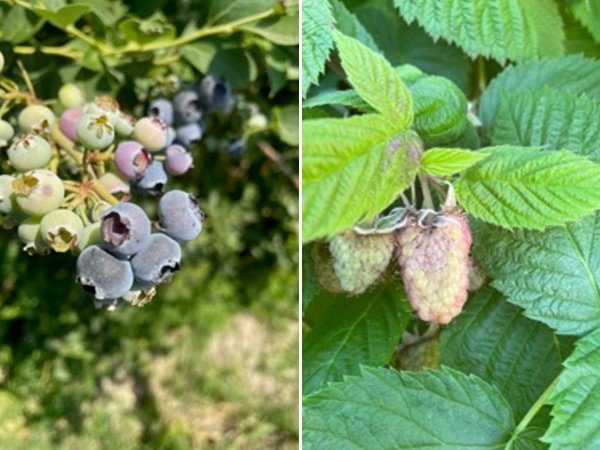 BC berries feel the heat
Heading north over the border to British Columbia, also feeling the heat are B.C.’s berries. Rhonda Driediger of Langley, B.C.-based Driediger Farms notes that while their first crop of strawberries were finished, the concerns are over raspberries and blueberries.

“Raspberries that were red, there’s about 75 percent damage. We don’t know about the green fruit right now,” says Driediger. “And blueberries, we’re seeing damage already and it could be up to 25 percent. The blueberries were fine on Sunday but then now some of the top fruit looks damaged.” She adds this is on top of earlier challenges in the season around rain during pollination.

“I don’t think there was anything we could do. We sprayed our plants, especially our smaller plants that were just planted, with anti-stress to make sure we could protect them so they didn’t burn,” says Driediger.

Overall of course this means smaller crops for B.C. berries this season. “We’ll see just how small they are. Honestly, we won’t know until the end of the season the extent of the damage,” says Driediger. “And who knows what’s coming up.”