In 2021, agricultural land in the Netherlands has increased by 1,800 hectares. This 0,3% growth brings the area to 529,000 hectares. The area of sowing onions has climbed the most. And fewer potatoes are being grown in 2021. This is according to the Statistics Netherlands' (CBS) Agricultural Census 2021's preliminary results.

Seed onion acreage increased considerably
In 2021, seed onions are being grown on an area of 30,400 hectares. That's an increase of more than 3,000 (11.3%) compared to the previous year. In 2020, the area of onions decreased by almost one percent, reports the CBS. Nevertheless, seed onion acreage is growing in the long term. Compared to 2000, this crop's area has doubled. 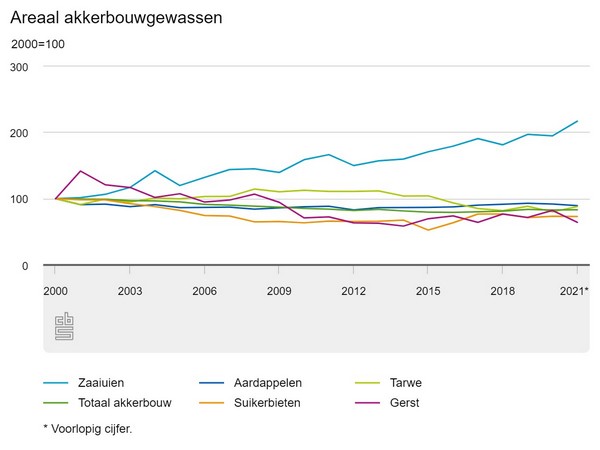 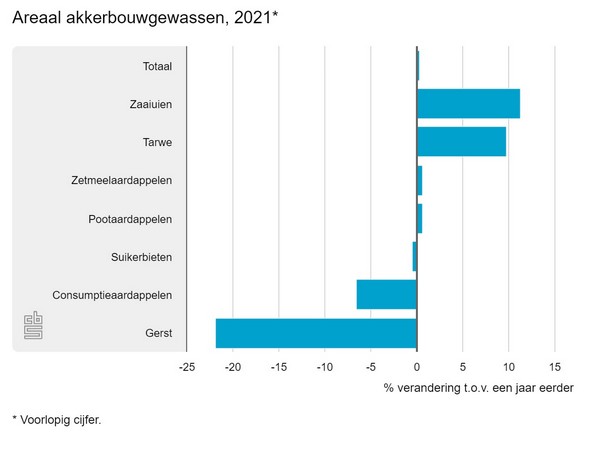 From 2007 to 2021, full soil vegetable land has increased by more than 2,300 hectares. More broccoli, in particular, and cucumbers are being cultivated. 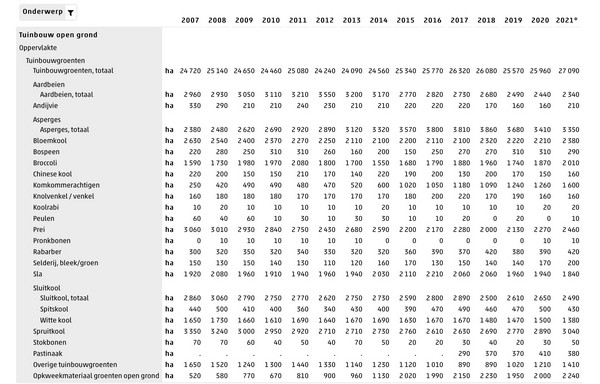