Skyrocketing irrigation costs because of drought

Horticultural plants are particularly affected by the current drought. It hasn't rained for many months in the north of Italy, except for sporadic and violent storms that have caused the water to drain off, without giving the plants a chance to make the most of it.

"We've been irrigating the potatoes intensively for several weeks now, with increasingly tight shifts. We are compelled to do it, because it doesn't rain. This entails an increase in costs compared to the standard, but it is difficult to speak of normalcy in the agricultural sector at this moment," explained Massimo Cristiani, president of Selenella. 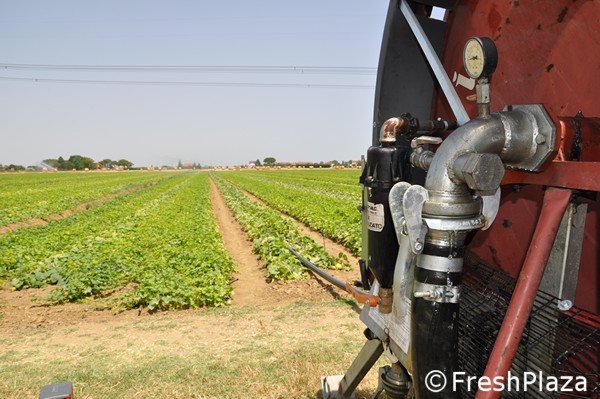 Irrigation is essential, but it is not as effective as rains on a regular basis, partly because the current climate is characterized by high night time temperatures, which do not allow plants to work effectively. "Crops are under stress; there could be drops in yields, but we'll see at the time of harvesting."

All Emilia-Romagna crops are suffering from the sudden transition from a cool spring to a fiery summer. "Industrial tomatoes, potatoes, vegetables, vines and fruit trees need a constant water supply due to high temperatures both during the day and especially at night, often accompanied by hot winds," remarked Marcello Bonvicini, president of Confagricoltura Emilia Romagna.

"Irrigation is essential in the fruit set phase, as well as in the fruit growth phase. This implies an increase in costs for the distribution of the water resource for irrigation purposes and for the management and maintenance of the system. This is an increase in expenses for the farmer due to the effects of climate change. Moreover, it is necessary to carry out not excessive irrigations, in order to avoid the risk of a spread of fungal diseases triggered by high levels of humidity and water stagnation".

The water emergency has also affected fruit growers who were hit by April's frosts. Despite little or no production, they must continue to water their plants in order not to compromise the entire fruit plant.

"Ensuring the availability of water resources, particularly in the areas served by the Apennine tributaries of the Po River, is essential. Climate change asks us to speed up and set up an irrigation system for arable land, including vineyards and olive groves," concluded the regional president of Confagricoltura.