The price shows a slight decline

China primarily imports mangosteens from Southeast Asian countries such as Thailand, Indonesia, and Vietnam. Thailand occupies the strongest position in the Chinese market, both in terms of product quality and stability of supply. The mangosteen production season in Thailand begins every year in April and continues until December, provided that the weather conditions remain regular. The peak period of the production season in east Thailand falls in May and June, while the south peaks in July and August.

"This year the production volume of Thai mangosteen is slightly smaller than last year, because the weather conditions were not great. However, the peak period of the mangosteen season in south Thailand came early, in June rather than July. As the supply volume began to grow in the middle of June, the Chinese market price of Thai mangosteen began to decline. The average market price is currently around 20 yuan [3.10 USD] per 0.5 kg. The price of top-quality lychee in premium packaging sells for a little bit more, around 25-30 yuan [3.87-4.65 USD] per 0.5 kg." This is according to Mr. Wang Yong of Yunnan Maoyuan Fruit and Vegetable Export Co., Ltd. 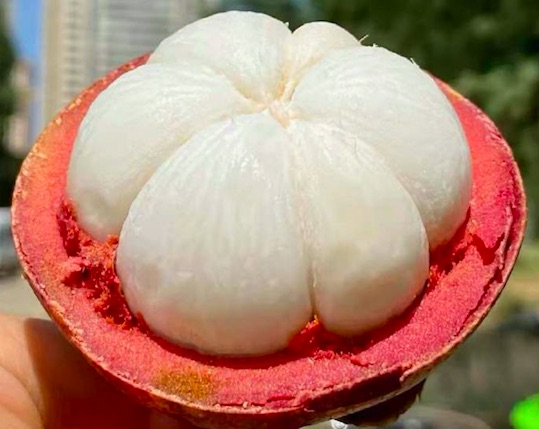 Mr. Wang further explained, "in the end the production volume slightly declined this season, but the volume of mangosteen export to China is significantly bigger than last year. This is mainly because Chinese customers demand high quality mangosteen, and distribution between Thailand and China is convenient. In addition, the two countries have implemented favorable policies that further encourage the mangosteen trade. Most Thai mangosteen reach the Chinese market overland via trade ports on the Thai border with Yunnan and Guangxi. And mangosteen are not the only popular Thai fruit in the Chinese market. Chinese consumers have shown a growing interest in other Thai fruits. Mangosteen and durian are the most representative of this trend." 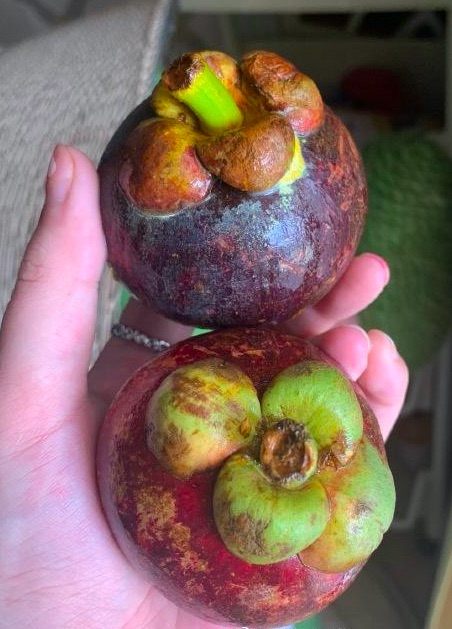 When asked about challenges in the market, Mr. Wang answered, "Chinese mangosteen production areas are primarily located in Fujian, Guangdong, and Hainan. Mangosteen grows relatively slow compared to other fruits, and is much more sensitive to changes in weather conditions than most fruits. That is why the Chinese production volume of mangosteen is very limited, and not at all able to satisfy Chinese market demand for this fruit. The market continues to rely on import, primarily from Thailand, but Indonesia is an import supplier as well. That is mostly because the production season in Indonesia begins in December and continues until April. Indonesia perfectly complements the supply season of Thai durian. The price of Indonesian mangosteen is lower than the price of Thai durian, their production season is much shorter, and the quality is not as good as that of Thai mangosteen. That is why Indonesian mangosteen do not threaten the market position of Thai mangosteen in China."