Large volumes of lychee from Guangdong are sold near and far. They are particularly popular in Europe and the USA. According to data from the General Administration Customs China (GACC), Guangdong province exported 5,902.08 tons of lychee in 2020. That is an increase of 72.3% in comparison to 2019. The export value also increased, by 53.4%, to a total of 118 million yuan [18.28 million USD]. This year the Guangdong lychee export volume continue to expand. Lychee from Huizhou, Huilai, and Leiling travel the globe as orders from overseas markets come pouring in. 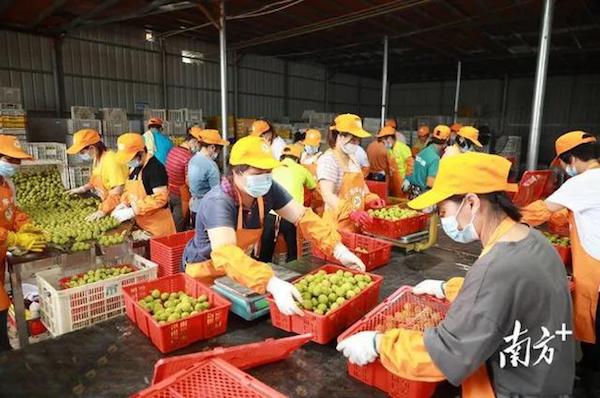 Many consumers in Europe and the USA pay particular attention to healthy foods. They consider the lychee a 'sweet, nutritious' super fruit. European countries order larger volumes of lychee every year. Lychee from Madagascar occupy a strong position in the European market, but Guangdong lychee grow increasingly popular and have secured their position in the European market as well. The export volume of Guangdong lychee began to rapidly grow in 2000, and the lychee production areas started to expand.

Maoming in Guangdong is known as the 'Chinese hometown of lychee'. The harvest season there is already almost over. Only small volumes of late-season Guiwei lychee still enter the market. Their price is around 15 yuan [2.32 USD] per kg. Data from the customs office in Maoming shows that the export volume between the 7th of May and now already reached 1,334.5 tons. That is an increase of 190% in comparison with the same period last year. Traders in Maoming export lychee to 17 countries across the globe, including the USA, Canada, Australia, Singapore, Thailand, Panama, and the UAE. 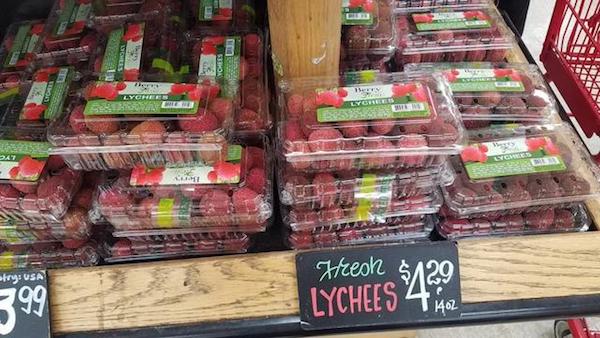 Maoming is the largest lychee production area in the world. The overall surface area devoted to lychee plantation in Maoming exceeds 90,000 hectares. That is one fifth of the surface area devoted to lychee plantation in China. The annual production volume in Maoming is 520,000 tons with a production value of 5 billion yuan [770 million USD]. Maoming lychee plantations primarily grow Baitangying, Feizixiao, Baila, Heiye, Guiwei, and Nuomici lychee. Their fruit flesh is fresh and crisp, the size of the fruit large and the size of the core small, and they are well known across the globe.