Spanish police have seized €60 million worth of cocaine hidden in a shipment of frozen pineapple coming out of Brazil. The 800-kilo seizure came after a three-year operation by the Spanish National Police and Tax Agency; there were two arrests.

The investigation was sparked by an operation between the Colombian National Police and the United States Customs Service, which uncovered 216 kgs of cocaine hidden in coffee that was en route to Spain in 2018. In that case, a company had built a business network importing juices, beverages, coffee and fruits, to hide drug shipments from different South American countries.

When a maritime container with 14 tons of frozen pineapple pulp linked to the same companies arrived in Valencia recently, the drugs were found mixed into one of the pallets. The cocaine had been treated with a complex chemical process which made it almost undetectable for sniffer dogs. 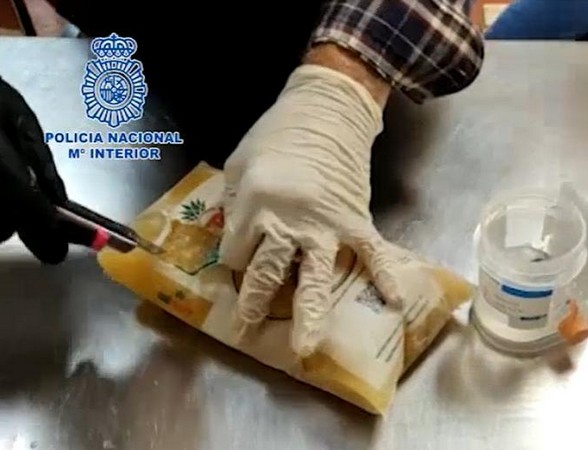 According to sundayworld.com¸ the shipment had been bound for a secret laboratory located in a chalet in Robledo de Chavela, Madrid, according to a police statement.