The man connecting Zimbabwe's resurgent horticulturalists with the export market 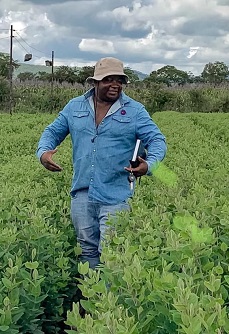 As the only licensed farm assurer for global accreditation in six Southern African countries, Harare-based Clarence Mwale works with 99% of the fresh produce exporters from the English-speaking parts in the region; he also has a Portuguese-speaking colleague who covers Mozambique and Angola.

Right: Clarence in a field of hypericum grown in Mazowe, Mashonaland Central, for the floristry trade

Clarence visits around 300 farms and food factories in Zimbabwe, English- and Shona-speaking parts of Mozambique, Zambia, South Africa, and he has just been given responsibility for Botswana as well.

No surprise that he drives between 1,500km and 2,000km every week (he notes that under President Mnangagwa ease of travel within Zimbabwe has improved) but it's the perfect job for someone with a penchant for people and processes.

Initially Clarence wanted to join the diplomatic corps but “this job found me”, he says, and for the past fourteen years Southern African farmers and food processors have had a tireless partner in facilitating their fresh exports to, primarily, the European Union and the UK.

Fair-Mark visits each farm 5 to 7 times yearly
His company Fair-Mark assists farmers in meeting the requirements demanded by export markets such as the EU and the UK, namely, GlobalG.A.P and its social audit GRASP as well as the SEDEX Members Ethical Trade Audit (SMETA). Fair-Mark helps farmers and food factories to practically interpret the control points within the standards and ensure that they attain full certification.

Every season there are ten to fifteen new farms and food processing facilities requiring Fair-Mark's assistance.

“All the audits have to happen during the harvesting and handling of the product and it's hectic,” Clarence explains. “I go to a farm five to seven times every year, help them with putting everything in place, the risk assessments, the policies to procedures, the worker and management training. I also do BRC [British Retail Consortium] for packhouses and FSSC22000 food safety accreditation of food processing facilities. I've just now also started cannabis and hemp with Control Union South Africa – anything to do with food and agriculture, also water plants.”

Direct liaison with some retailers on farmers' behalf 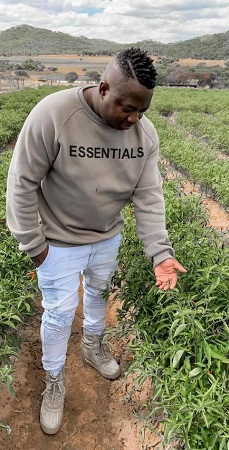 When a number of his clients in an area, whether farms or food processing facilities, are ready to receive the external auditor, usually from South Africa-based NSF Africa or SGS, Clarence makes all of the arrangements (even arranging the Covid tests of the external auditors) and he is present to help the clients through the audit.

“After the audit, in a few days I start chasing the certificates because the markets are already on my case – often they talk directly to me about their producers. Farmers don't have time to answer all of the technical questions concerning accreditation, so I help them with that admin. This process happens every year, same time, with the same farmers.”

Zimbabwe and Mozambique's auditing calendar
The audit calendar starts with mangetout and sugarsnap peas which are Zimbabwe's biggest export crops (interestingly, he notes, not grown in South Africa at all), providing most of the EU and the UK's supply for the past twenty years. Not all of the peas are flown out; specific markets want to go more green, preferring seafreight product to airfreight product. 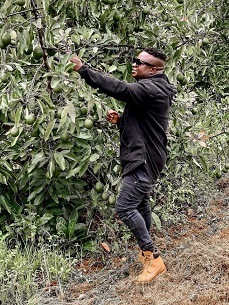 “As we finish peas, we go straight into avocados and early blueberries, then stonefruit. The litchis and mangoes from Mozambique follow, and then right back to Zimbabwe for the summer crops like fine beans. During February and March the winter crops and citrus start,” he sets out.

“Zimbabwe's avocado season runs from April until July, a lot of it in the Eastern Highlands. In an area like Chipinge the water table is so high that avocado growers don't need to irrigate the orchards. There has recently been a lot of investment by Zimbabweans in Hass orchards in new areas like around Harare.”

These avocados are then trucked across the border to South Africa's harbours.

Blueberries: “amazing” growth in Zimbabwe
When discussing Zimbabwean agriculture, Clarence uses the term 'broken' a few times when referring to the state of farms, but at the same time he also notes that Zimbabwean fresh produce exports are set to overtake imports.

He is seeing firsthand what he calls the 'resuscitation' of farms across the country and farmers trying new approaches, for instance planting peas in the granite hills of the Matopos, which, he notes, represents the first serious horticulture in Bulawayo, or growing fine beans (mostly a summer crop) during winter near the Kariba Dam.

He remarks that in the past 24 to 36 months there's been stonefruit and citrus expansion as well. 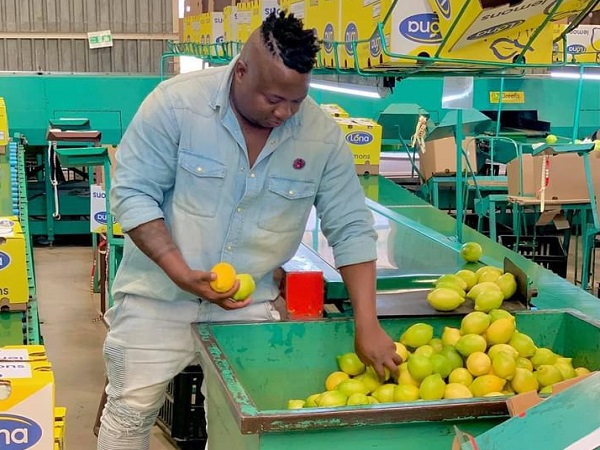 Citrus in Zimbabwe
“Chegutu in Mashonaland West used to be a big citrus area before the land redistribution, but the broken farms are being fixed. Mashonaland Central is also very good for citrus, and there's currently a lot more citrus there than in Chegutu. Farms in Mashonaland Central belonging to corporate companies were protected by bilateral agreements, they weren't as affected as farms in Chegutu and it's been easier to resuscitate the orchards.”

He remarks: “South Africa has always had more land security, so have more perennial crops, while in Zimbabwe annual crops do better, but more orchards are being established here.”

He adds: “In Zimbabwe you can farm anywhere, literally. The climate doesn't dramatically differ across the country as it does in South Africa and Kenya. That's Zimbabwe's advantage. Our quality on vegetables is better than in Kenya where it rains any time of the year and Zimbabwe has very clean water.”

Instability and gunfire exchanges between the Mozambican government and its longtime foe, Renamo in Manica Province, where he has clients growing mangos, litchis and avocados, have over the past two years made it at times difficult to visit some farms in Mozambique.

Costs of becoming accredited can act as a trade barrier 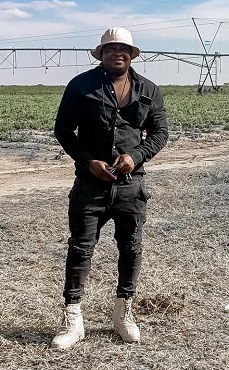 Clarence has a five year plan to complete the value chain: obtaining accreditation is, due to the stiff costs involved, out of reach for many small-scale farmers and it can definitely function as a trade barrier.

“Most smallholders in Zimbabwe get aid for the process,” he says. “I also have a different charging system for smallholders.”

He wants to take that further and set up a marketing organisation and outgrower scheme, with a packing facility that could take the produce of 2,000 to 3,000 growers.

“We already have the farmers and we have the compliance skills and the last and final part would be the product marketing organisation. First preference would be to farmers with special needs and women-led farms.”

Produce marketers from Zimbabwe already have their growers, preferring established farmers, Clarence says. “Small-scale farmers try everything and anything to try and get access to markets, which is one of the reasons we're planning a packhouse and when we establish the marketing component, we will pay for the certification of all our outgrowers.”

“Zimbabwean agriculture was a bit broken when the land distribution thing happened but now it's back and everybody's looking to export.”