Almeria is the area in Europe with the highest concentration of greenhouses for intensive agriculture. However, the construction of new facilities has practically come to a standstill in the province. According to the installation companies, this slowdown is due to the escalation in prices there's been in recent months. In fact, estimates are that the final price of building a greenhouse has increased by nearly 20% since the beginning of the year. At the same time growers fear the expansion of the Moroccan horticultural industry. 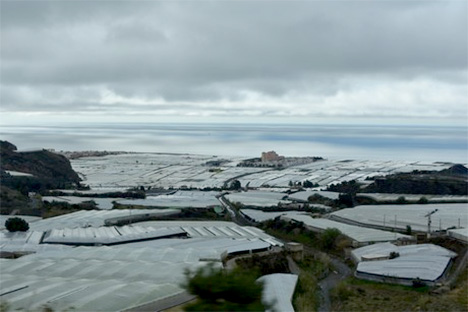 A photo of Almeria, Spain, where over 60% of the Spanish horticultural greenhouses are concentrated: approximately 31,300 ha. The growers export over 70% of their production.

Rising prices
This rise derives from the increase in the price of the materials necessary for their installation, stated Juan Cristobal, from the installation company Invercañada to lavozdealmeria.com. According to Cristobal, the prices of iron and plastics, among other materials, have been growing non-stop since the end of last year. The price of plastics, which are derived from oil, has gone from 25 to more than 30 cents per square meter since the beginning of the year. "As a result, the cost per hectare of plastics alone has increased by 2,700 to almost 3,000 euro," he stated.

Installers say China is strongly increasing its construction of greenhouses, thus demanding more materials and causing an increase in prices.

Land, the biggest cost of a greenhouse
However, the most important cost in building a greenhouse is the land needed to build it. Land for greenhouses is by far the most expensive land in the country, according to the Land Price Survey of the Ministry of Agriculture, Fisheries, and Food, it costs around 300,000 euro per hectare, depending on the area where it's located and the availability of water resources. "It's a very important investment especially at a time when we are suffering a progressive loss of profitability," stated Andres Gongora, the general secretary of Coag in Almeria.

In addition, one must also take into account the cost of the structure, which, according to the head of Invercañada, would stand at around € 12/m² for an economic structure, as more complex structures would involve a greater investment. Finally, the cost of plastics increases the final price of building a greenhouse above 400,000 euro/hectare.

Moroccan competition
There are more threats for the Almeria greenhouse industry. Recently growers united to gain attention for the rising competition from Morocco.

A Spanish-French-Italian-Portuguese tomato group, which is made up of tomato producers and government representatives from these countries, met online last month, stating that the strong and continued growth of imports from Morocco was one of the main threats to the community sector.

"We are here to defend our companies and producers, because we believe that, given the seriousness of the situation, no half-truths or weak initiatives are worth it. "Origen Marruecos" aims to draw attention to what we are supporting when we are putting Moroccan products on the shelves, or when we buy these products, especially when there are also Spanish products available," added the manager of Spanish cooperation Coexphal, Luis Miguel Fernandez, recently.

The Board of Directors of Coexphal has presented the awareness-raising initiative "Origen Marruecos" ("Origin Morocco"), which aims to address the situation. "It has been sparked by the current diplomatic and humanitarian crisis and aims to make supermarket chains question the ethics of buying products of Moroccan origin in the current situation. It also aims to raise the awareness of the end consumer, showing them how to identify Moroccan products in the supermarket by looking for the number 611 in the bar code," Luis explained.