Six months after region was rocked by back-to-back hurricanes

Dole and employees give to restore and rebuild devastated Central America 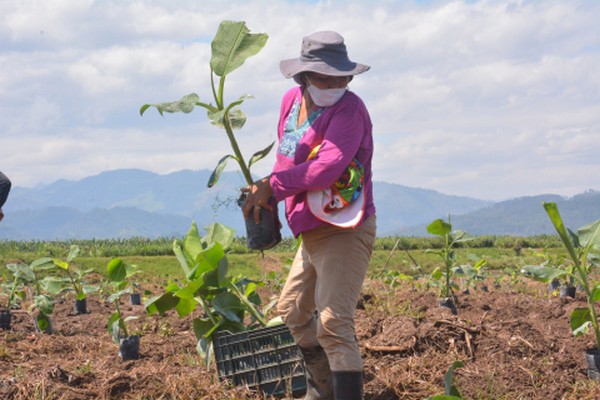 Communities and towns in Honduras and Guatemala - many that support Dole farms and workers – were leveled in the wake. Though Dole was able to successfully evacuate its workers and families prior to the hurricanes’ arrivals, many others were not as fortunate and lost their lives or livelihoods, their possessions and their crops. In the aftermath, water was needed to drink, homes were in need of repair, and clothes, supplies and appliances in need of replacement.

As an organization closely connected to these communities through the banana industry, Dole swiftly moved to lend aid and resources. But not just the company as an entity stepped in, many Dole employees, partners, and public supporters —no matter how far physically from these communities — also contributed their own time and their own funds to help.

In these six months since the hurricanes’ devastation much has been accomplished.

The investment reached a significant milestone in the rehabilitation process in Honduras, with the first planting of new banana fields at Mendez Farm, Barimasa Zone on May 4, followed closely with planting at Copote Farm in the Isletas Zone and most recently the Palo Verde farm in the Coyoles Zone.

As the company works to restore production volumes derived from these devastated areas in Honduras and Guatemala, Dole expects customers will begin receiving Dole premium fruit from these regions in January 2022.