The Belgian leek season is slowly drawing to a close. REO Veiling, however, still has enough stock to meet demand. "On Monday, we auctioned 150,000 kgs of leeks," says Rik Decadt. "We still have enough to seamlessly transition into the new season. But the young leeks are about ten days later this year. That's due to the cold spring weather." 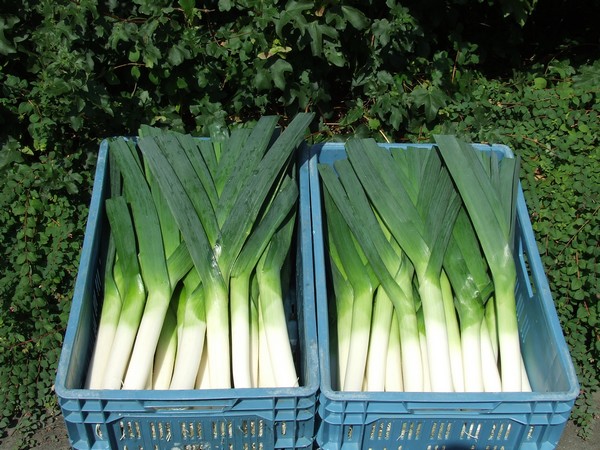 “There's currently good demand for leeks, so prices are also good. The weather's been warm weather for the past few days. Despite that, there's still a lot of demand for leeks. The past five months have been truly unprecedented. Fewer leeks were harvested across Europe. We, therefore, exported a lot to France, Spain, and England."

“We're delighted that leek growers have had a good year. Last year was, unfortunately, much worse. At the beginning of the season, we were all a bit cautious. Overall production was a lot lower due to the last dry summer. Luckily, the nice prices made up for the low yields. Not only here in Belgium, but also in other countries like France," concludes Rik.