Zespri launches its new European communication campaign starring the company's mascots, the “Kiwi Brothers”. After successfully introducing its first rebranding in its 22-year history last year, along with the new communication platform “Make your healthy irresistible”, achieving great results on the different markets in which it was presented, the company has gone one step further, launching the campaign “Chase the irresistible taste” throughout Europe. By taking this step forward, Zespri seeks to reflect on the importance of the  flavour of its varieties, the Zespri Green and Zespri SunGold kiwifruit.

Developed alongside VMLY&R in London, the campaign will be launched on the Benelux market as from the beginning of June, thanks to an ambitious media plan based on a regional strategy that has been defined locally with the help of the Mindshare regional and market teams, which will allow the consumers to see the “Kiwi Brothers” on the television, in print media, on OOH advertising, in digital media (social networks, online video, displays, branded content and SEM) and at the point of sale. 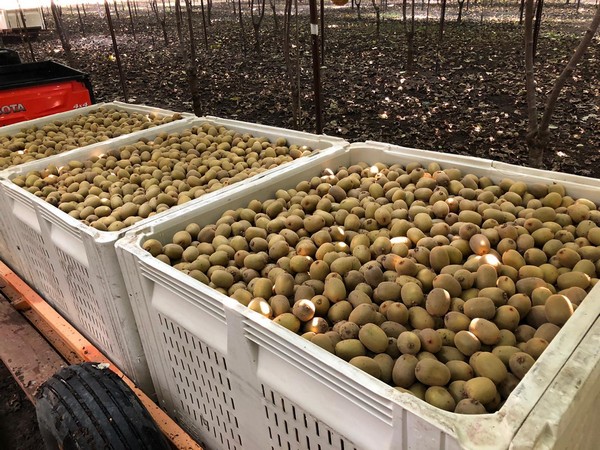 “This new campaign will strengthen our connection with consumers, who value the delicious taste of our kiwifruit as one of their main attributes, and this is the key message that we want to transmit”, remarks Kirsten Pint, Marketing Manager Benelux at Zespri, adding “besides which, being able to state that ZespriTM kiwifruit is not only one of the most nutritious and healthy fruits, but that they also taste amazing and are a delicious way to be healthy makes us proud of our product”.

The “Chase the irresistible taste” campaign shows the kiwi brothers escaping from humans who cannot resist their delicious flavour. Through the campaign’s humorous and entertaining tone, Zespri shows that being healthy does not necessarily equate to being so serious.