Supplies of citrus from South Africa look to be up this year.

Peter Martino of F.P.D. East. based in Montreal, QC breaks down the different varieties of citrus being shipped to North America currently. 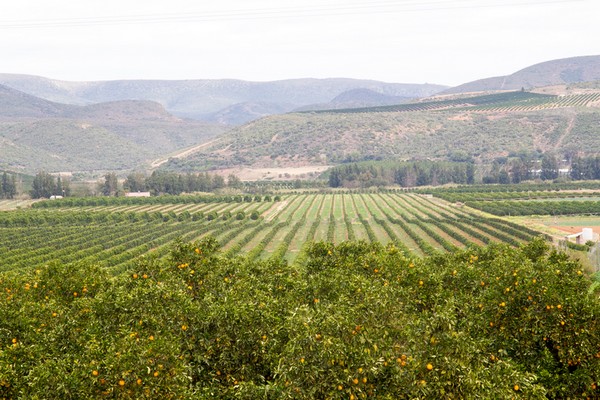 Lemons: Lemon supplies have increased over last year and have been arriving steadily over the last three to four weeks. “They’re expecting a bigger crop than last year but that seems to be the trend out of South Africa for the past few years,” says Martino. “It’s extra acreage coming on. In the last five to seven years, they’ve really expanded their plantings and those are coming into production now.”

South African supplies of lemons are anticipated to continue until September. “We started a little earlier this year out of the North on lemons,” says Martino. He notes sizing is peaking on 100-113 counts. “That’s pretty good because a lot of those lemons are used for foodservice and bagging so that’s a nice size they look for,” he says. “My feeling is that the biggest sizes are a bit limited--the 64s, 75s. They’re a bit snug right now.”

As for demand, Martino notes it has been steady. But with foodservice outlets reopening inconsistently region to region throughout North America, it’s difficult to predict how much increased demand lemons, a popular foodservice item, may see. As for pricing, it is similar to last year at this time.

Grapefruit: “Our first grapefruit arrived last week and we’re going to carry on right until into the fall from South Africa,” says Martino. “It’s up over last year but not drastically--maybe five percent.” He notes the grapefruit quality is strong this year with good sugar levels on clean fruit with good blush. “It’s a big crop and sizing is pretty much around the 45-50 count which for South Africa is pretty standard,” he says. Like lemons, grapefruit pricing has been similar to last year.

Clementines: Next up for F.P.D. East are clementines. “We have fruit on the water so our first ones will be here probably around June 8-9 in Canada,” says Martino, noting it distributes in the U.S. as well. F.P.D. is starting with the Nules variety which it will carry into mid-July after which is switches over to mandarin supplies.

Oranges: the company gets the bulk of its oranges out of the Western Cape and unlike the North of South Africa with grapefruit and lemons which started on time, this region is about a week behind last year. “My first oranges will be packing next week. They’ll be here at the end of June realistically and that’s about a week late,” says Martino. “I don’t think that’s indicative of the country because those out of the North have already got started.”

With its citrus, one thing F.P.D has brought back is its 2 kilo package on top of its bulk sales and traditional 2 lb. bag. “The cardboard box has no glue or plastic and is fully recyclable,” Martino says. “We’re in the second season using this pack and interest in it just seems to be growing and growing.”

And regardless of the commodity, what continues to challenge shippers such as F.P.D. are freight and logistics issues. “It’s difficult because scheduling has been affected. There’s a container shortage all over the world so it’s not as easy to plan your containers as it was in the past,” says Martino. “You get surprises such as gaps in supply, ocean freight rate increases, etc. It's not getting easier.”