Despite the fact that the Spanish stone fruit campaign started in a favorable context, marked by a drastic fall in the European production as a result of spring frosts, and everything seemed to indicate that the market conditions would be good for the fruit available, the evolution of the demand has hindered those prospects. 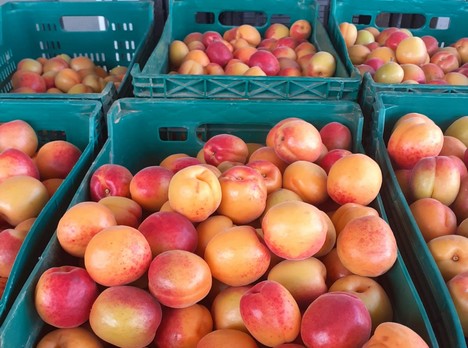 "When it comes to the supply, there is a lack of fruit; that is a reality. We have 60% less apricot and about 50% less Paraguayo peach. But in May, we've had cold weather and rain in most of Europe, and this situation is taking a toll on consumption. In general, there is a lack of demand," says Daniel Blanco, commercial director of the Andalusian company Mogalla. "And it's a shame, because this was a year with little production in which we had expected not to be under much pressure."

"In southern Spain, besides some colder and rainy days, temperatures have actually been normal for this time of year, ranging between 25 and 30 degrees Celsius, causing the fruit to ripen at a good pace."

The company, which produces apricots and Paraguayo peaches on its own farms in southern Extremadura, started marketing stone fruit in the last week of April (earlier than any other year), shortly after reports were made on the impact of the frosts on the production of these fruits in France and Italy. 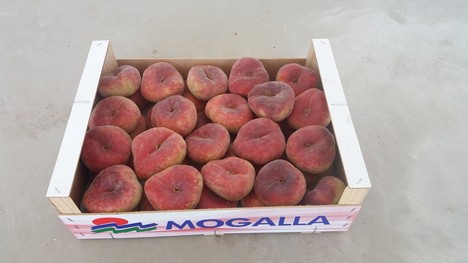 "The campaign had a very good start, with prices exceeding 3 Euro, but these have been dropping as the weeks went by," says Daniel. "May started with high temperatures, so the first varieties, which were the best in terms of production, accumulated in areas of Andalusia, Extremadura and Murcia, resulting in some oversupply at the beginning. At the same time, there was an incipient demand and reluctance on the part of the buyers to pay the prices that were being set. Unfortunately, the demand remained quiet in the following weeks, while the supply continued at a normal pace, resulting in overall price drops aimed at stimulating consumption; a situation that contrasted with the reality of the supply and with the initial interest. "The feeling is that consumption hasn't reached the expected level. In fact, if there had been a normal demand, prices wouldn't have had to drop to the current levels," says the commercial director.

Mogalla expects to continue marketing its stone fruit until early June, unlike in other years, when they have continued until the middle or end of the month. "In June, as soon as good weather finally predominates in Europe, a lot of the early fruit from Extremadura and Murcia will be practically sold out and there will only be production from the north, from areas such as Lleida or Huesca. And at that time, when the demand will increase, the shortage of fruit will become noticeable, because those areas were the worst hit by frost," he says. 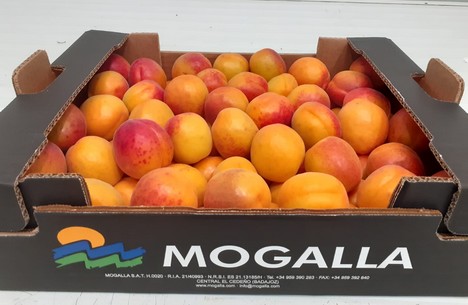 The situation of Spanish stone fruit in this first part of the campaign is comparable to that experienced by citrus, whose campaign also started with prospects of a high demand that were ultimately unfulfilled. In general terms, the citrus volume has been lower in the second part of the season, leading to price increases at origin. We have tried to transfer this increase to the markets, but we have gradually seen the demand stagnate, thus frustrating the initial prospects both in terms of price and sales volume. I don't know if the high prices that Spanish growers were trying to obtain and the Egyptian volumes marketed have had an impact, but we have missed some liveliness in the demand, just as we are seeing now with stone fruit."

The unfavorable weather conditions for the consumption of summer fruit in Europe is one of the reasons that has caused this situation; however, Daniel says it is not the only one. The price at which the fruit is reaching consumers and the collateral effects of the pandemic, which has hit the economy of many households, could also be playing a role. "The lack of tourism and the partial closure of the hotel and catering sector are also important factors."